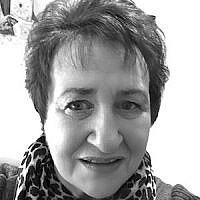 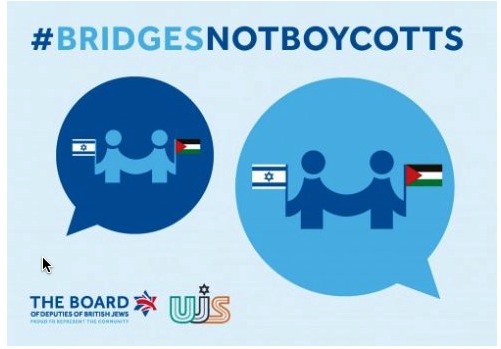 The UK’S Board of Deputies and Union of Jewish Students have started up a delusional campaign, which they seriously imagine is going to make a major contribution to combating Boycott, Divestment and Sanctions campaigns against Israel on UK campuses.

The ludicrous logo says it all.

It seems to envision Israeli and Palestinian figures forming a bridge each waving their own flag.

But it is actually mounted solely by British and Jewish student NGOs, not by Israelis and Palestinians. No organised Palestinian groups are involved.

And the situation between Israelis and Palestinians is not currently remotely one where they stand hand in hand waving their respective flags to make a bridge.

To promote this campaign amongst British students seems to me to be an utterly laughable enterprise.

Where are the UK-based Palestinian students and Muslim NGOs that are going to partner with the BoD and UJS to promote this campaign?

How will the message counter campus BDS, when the Palestinian student NGOs are its most enthusiastic promoters?

And not to mention the wholly hostile stance of UK-based Palestinian academics, the UCU affiliation with the Palestine Solidarity Campaign, FOSIS, BRICUP and the role of University Labour clubs in supporting the Palestinian rejectionist position of refusing all contact with “zionists”, except for the purpose of “fighting the occupation”.

No doubt “fighting the occupation” is the brilliant associated basis for the bridge building, flag waving “pro Israel, pro Palestinian” projects envisaged by JLC member financed BICOM “senior research fellow” Alan Johnson, not an expert on Israeli studies, or a speaker of Hebrew or Arabic who is linked with this project.

The trouble is, the “fighting the occupation” schemes adopted by pro-Palestinian activists,as opposed to the ones dreamed of by this project, involve the goals embedded in their usual chant–“from the river to the sea/ Palestine will be free”. From that perspective, the BoD/UJS appropriation of the Palestinian flag will be portrayed by the UK’s pro-Palestinian student lobby as an outrageous attempt of Zionist neo colonialism to appropriate Palestinian symbols for the purpose of justifying and sustaining “the occupation”.

And if we do want to see what advocacy role the Palestinian flag is regularly put to by mainstream Palestinian organisations, there’s this indicator via Palestinian Media Watch (h/t Rona Hart). It was published last year, but it’s certainly no better today. 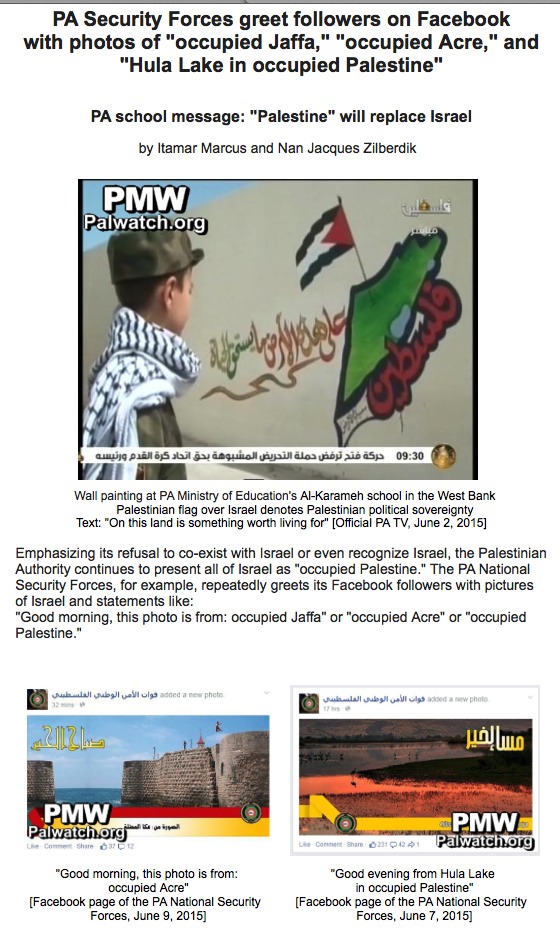 I am reasonably confident that this campaign does not represent the political views and preferences of the vast majority of British Jews, or even the vast majority of ordinary representatives of the UK’s synagogues. It does however appear to coincide very neatly with the politics of the Jewish Leadership Council and the astroturf group its core leaders finance, YachadUK.

It is doomed to ignominious failure.