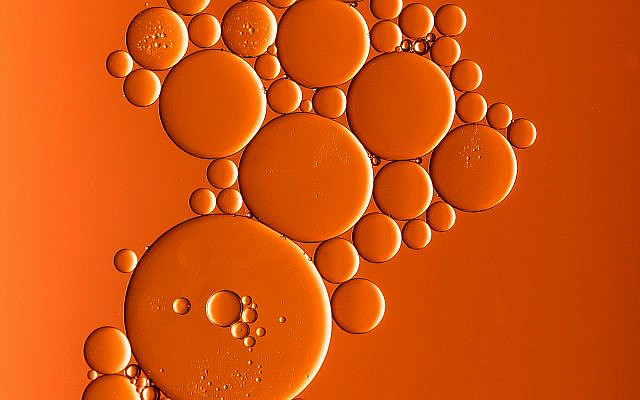 In physics, it is the time it takes half of the atoms in a particular isotope to lose half of their radioactivity. For example, “iodine-131 has a half-life of 8.1 days.”

In pharmacology and biology, it is the time required for the activity of a substance taken into the body to lose half its initial effectiveness.

Let’s use as an example caffeine, which we are all too familiar with.

Caffeine works the same way as any other drug: it is broken down by the body and then passed out. Since so many products now have caffeine, it’s helpful to understand how long caffeine sticks around in the body.

Caffeine takes a certain amount of time to work through your system and be metabolized by your liver. One study showed that the half-life of caffeine in healthy adults is 5.7 hours. This means if you consume 200 mg of caffeine at midday, you will still have 100 mg of caffeine in you at around 5:45 pm.

Incidentally, no computer in the world is powerful enough to tell us the movement of all the electrons in caffeine. So while scientists give the impression to know everything, track everything, and have the knowledge and answers to everything, there is still so much mystery out there, controlled, influenced, and known, ONLY to God, which is what I am about to get to.

God tells Abraham to leave his place of birth and his country, and he will become rich, and famous and be blessed with children. However, when he reaches Canaan, there is a famine, and everyone blames him for bringing it on.

Abraham preaches belief in a monotheistic God, and everyone experiences the opposite of anything good. Gone are the prospects for fame or riches.

Abraham moves on to Egypt for food, and the officers at the border take his wife away for the King. Gone are the prospects of having this miraculous child. What would many people do in such a predicament? Maybe give up on the dreams and promises of this God!

Abraham truly believed and had faith in his truth. When you are sure your path will take you to a Million dollars, it doesn’t matter what else is happening and what else is being said around you.

Abraham wasn’t fazed by the fact that there was a famine, the gossip mongers were talking bad about him, and his wife was no more. Everything around Abraham—the natural way of the world looked grim. God created those rules of nature too.

Abraham understood that NO ONE ever knows everything that’s happening, so no one can predict the actual outcome. Abraham knew what scientists understand: the half-life, which guides our laws and rules for understanding nature, is merely the average of the group, while each individual atom is always mysteriously beyond anyone’s guess.

So Abraham kept believing, and the Torah says that when he returned to Canaan with his wife, laden with animals and wealth, he could show everyone they were wrong for doubting and mocking his faith.

“Look up to (above) the stars and see…” This is what God told Abraham concerning His promise to have children. You, Abraham, are not bound by the law of averages and statistics. Those rules are for the “world”.

I God continue to retain, not just on a metaphysical level but on a scientific, down-to-earth level, ALWAYS retain, the possibility for surprise, for the fate of the individual atom to take its own course.

And so it is for all those who are the children of Abraham and follow in his footsteps.

We are reminded as we go out on our journey of everyday struggles, it doesn’t matter the famine, recession, depression, or whatever else to the “individual” person. We can see the fate of each one of us with our own eyes, always in God’s hands. The more connected we are with “The Source”, the more God watches and provides His blessings.

Check out my new podcast, Mystics of the Physics, on all podcast platforms.