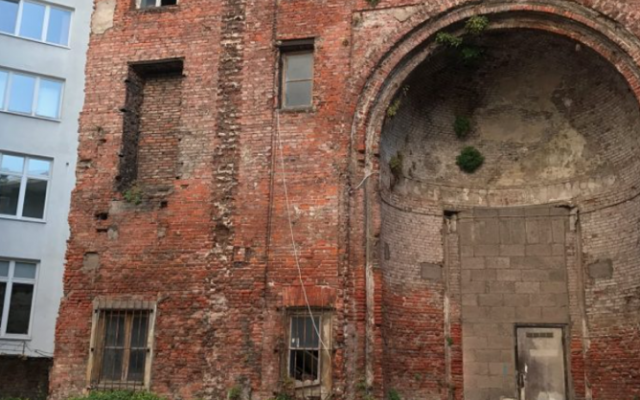 Rear part of former synagogue building as seen today. Up until the 1980s, rooms upstairs were rented out. Source: Initiative Temple Poolstraße

Germany celebrates 1,700 years of Jewish life this year. It is a history that goes far beyond the tragedy of the Holocaust. Although many celebrations have been called off due to the pandemic, it is an appropriate time to revive the country’s rich history and the special role of the city of Hamburg as the birthplace of the first organized Reform Jewish community with its own Reform synagogue.

Judaism first arrived in Hamburg with Sephardic Jews fleeing Spain and Portugal in the 16th century. Reform Judaism emerged in Germany in the 19th century, a product of Jewish emancipation. Napoleon accorded Jews citizenship and Jews moved out of the ghettos and into the mainstream of Hamburg’s social and economic life. The local community turned to Reform Judaism, with its willingness to update and adapt tradition to the modern world. In 1817, 65 local Jews established the New Israelite Temple Association and introduced their own prayer book.

The community soon became large enough to build its own synagogue, which opened in 1844 in Hamburg’s Poolstraße. It offered seats for 380 people and incorporated ground-breaking architectural novelties. Built in a hybrid Moorish and classical-neo gothic style, the synagogue had only one entrance used by men and women and featured a women’s gallery that offered a view into the prayer room. 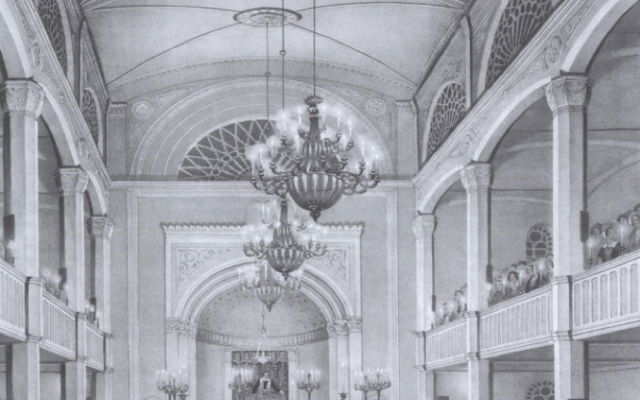 Wealthy Jewish families in Hamburg financed the construction. It was “a time where we can observe an increasing upward social mobility of Jews”, says Professor Miriam Ruerup. “They were not only fighting for legal equality but were also becoming middle-class citizens who adopted a bourgeois way of life.  Ruerup was the director of the Institute for the History of German Jews in Hamburg before becoming director of the Moses Mendelssohn Center for European-Jewish Studies in Potsdam. 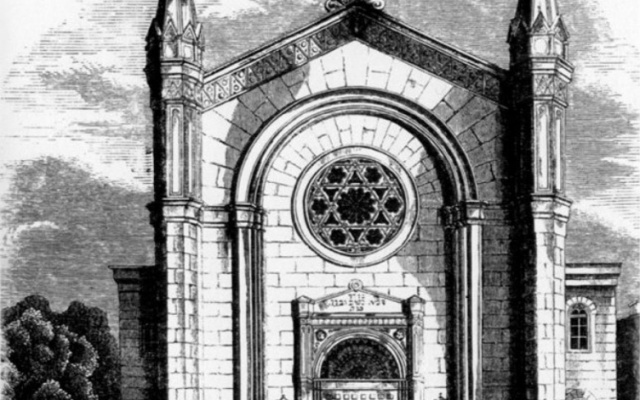 Inspired by the movement’s success in Germany, Reform Judaism quickly spread to the United Kingdom and was brought to the US by European immigrants. A fringe phenomenon in the beginning, almost two out of the 14 million Jews today are part of the Reform movement.

Back in Hamburg, as new neighbourhoods emerged outside the historic old town, many members of the Reform Temple moved out of the city centre. This created a distance between their homes and their place of worship. The New Israelite Temple Association decided to build a new and larger synagogue in the suburbs, which was finished in 1931.

“The inauguration of such a large new building really shows that the Jewish minority saw itself as a natural and self-evident part of the German society,” explains Ruerup.

The timing was, to say the least, unfortunate. After the Nazis took power, the community’s members were stripped of their citizenship and forced into poverty and emigration. In 1937, the association had to sell the old synagogue property and by 1943, the New Israelite Temple Association had officially ceased to exist.

Out of the 20,000 Jews that lived in Hamburg before the Shoah, more than 8,000 were murdered by the Nazis. The rest either fled or went into hiding. After the war, most of the city’s few survivors who remained had little interest in staying in Germany. About 80 of them joined together and founded a new Einheitsgemeinde (unified congregation), which had grown to 1,200 members by 1948. Today, the diversity among Hamburg’s 2,300 Jewish citizens has been revived with two Liberal congregations – one within the Einheitsgemeinde Jüdische Gemeinde in Hamburg (Jewish Community in Hamburg) and one outside, the Liberalen Jüdischen Gemeinde Hamburg (Hamburg Liberal Jewish Community).

Non-Jewish Hamburgers have begun to show a renewed interest in their city’s Jewish history. The Geschichtomat Project, sponsored by Hamburg’s Institute for the History of German Jews, launched in 2013. It teaches school children about Jewish history and culture in the city, steering away from the typically Shoah-centric education about Judaism in the German curriculum. During a full week at school, students discover the Jewish history of their neighbourhoods. They research and create contributions that are uploaded to a digital map of Jewish life in Hamburg. Over the past few years, more than 800 students have participated.

Despite this renaissance, the remains of the original Reform synagogue were neglected. They currently house an art gallery and an auto repair shop. A group of historians, architects, and monument conservators began to draw increasing attention to the site, and finally, the city of Hamburg bought back the ruins of the synagogue at the end of 2020.

Rear part of former synagogue building as seen today. Up until the 1980s, rooms upstairs were rented out. Source: Initiative Temple Poolstraße

“There are many rooms that could be used again for a café or even a small exhibition and, perhaps, also by a Jewish congregation on special occasions or the High Holy Days,” says Ruerup, who is the spokeswoman of the affiliated association, the Initiative Temple Poolstraße.

Hopefully, with this exciting initiative, the cradle of Reform Judaism will soon return to its origins – and to a time when Judaism was at its strongest in the city of Hamburg. 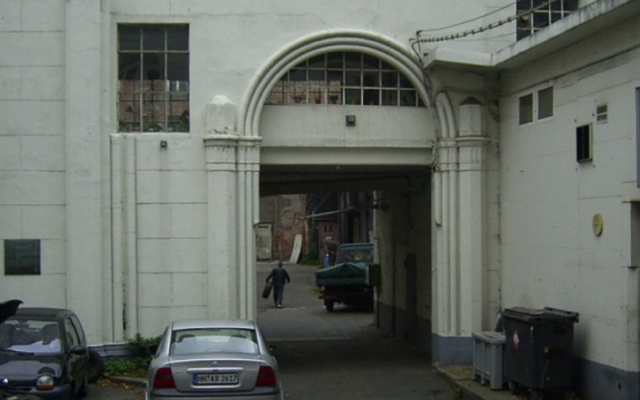