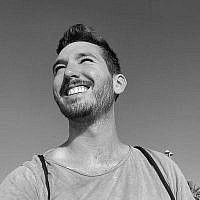 The Blogs
Benjamin Birely
Apply for a Blog
Advertisement
Please note that the posts on The Blogs are contributed by third parties. The opinions, facts and any media content in them are presented solely by the authors, and neither The Times of Israel nor its partners assume any responsibility for them. Please contact us in case of abuse. In case of abuse,
Report this post.
The story of Hanukah isn’t exactly as it seems. 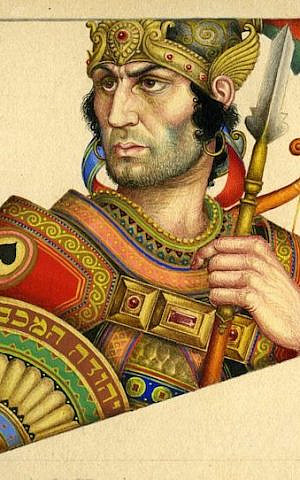 Many historians of the period will tell you that the Maccabees are much less the tale of a courageous band of freedom fighters triumphing over oppressive, anti-Jewish “Greeks” and much more the tragic story of a bloody civil war that pitted a Hellenized Jewish cultural elite in Jerusalem against rural and traditional villagers (whose true-believer leaders ended up becoming an Hellenized elite themselves); a bloody civil war that pitted Jew against Jew — and ultimately invited an oppressive crackdown by the Seleucid king, the infamous Antiochus IV.

And that’s not even getting into the miraculous oil, the possibility that the Maccabees were actually celebrating Sukkot late due to the fighting (hence the 8 days), or the echoes of an ancient Eretz-Yisraeli olive harvest festival in late autumn and early winter that would have undoubtedly involved lots of celebratory oil.
Putting all these aside, the most potent and powerful message of Hanukah — following our steep and swift tumble into darkness since Sukkot — is its simplest and most primal: the kindling of lights in the darkness.
At the darkest and coldest time of the year in Israel (perhaps not as much this year with Israel experiencing an unseasonably warm early winter), when our bodies and lives retreat inward, we kindle lights, increasing their number one-by-one for eight nights.
At first these lights appear to be a rebellious and defiant resistance to winter’s darkness — much like the Maccabean revolt against the darkness of the Greeks that sought to make Israel forget Torah (כשעמדה מלכות יון הרשעה על עמך ישראל להשכיחם תורתך). But upon deeper reflection, our Hanukah lights are not a resistance against the darkness, they are a result of it — a natural consequence. 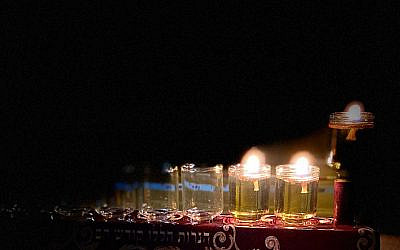 The light of Hanukah flows from the very darkness it illuminates. For light can only be revealed in darkness, and Torah learned only where it’s been forgotten — as the Pachad Yitzhak notes in his third maamar on Hanukah, where the darkness of specious arguments and reasoning, the seemingly unknown, unclear, uncertain, or doubtful produces the most illuminating pilpul.

Whether the Maccabee warriors themselves are our heroes, or we’re more inspired by a miracle that enabled them to purify and rededicate the Temple…

May we all go within, discover the pure oil of our hearts and kindle light from the darkest places of our collective and individual psyches — those places in which our destiny is to relearn what we’ve forgotten — so that our heaviest darkness gives way to our greatest lights and we’re left better, braver and brighter.

About the Author
Benjamin made aliyah in 2011 and lives in Jerusalem. Over the past decade he served as a lone soldier, completed a B.A. and M.A. in History at Tel Aviv University, and worked in Israel's tech industry. He enjoys traversing the diverse cultural, religious and political worlds of Israel/Palestine.