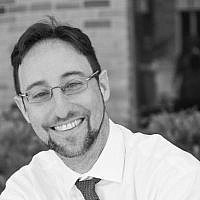 A couple of weeks ago, one of my daughters came to me with a question that she had asked before, a question that children in religious households surely often ask their parents: “Why should I have to pray? I’m not even sure that God exists.” Having asked myself this question, and feeling that she was perhaps old enough to understand the way I answered it for myself, I suggested that, even if we can’t or won’t accept the existence of God as a being, in any ordinary sense of the word, we can and should think of God as the limit condition of human capacity.

To think of God’s omnipotence is to remind ourselves that our ability to act effectively is limited. We cannot always accomplish what we wish. We cannot prevent tragedy and death. Likewise, to think of God as transcendent, categorically set apart from God’s creatures, is to give expression to the fact that we are cast into the world with no thought to our will, that we are born into a web of circumstances and relationships that will have a determinative effect on our lives. These are fundamental truths of the human condition that we tend easily to forget, when we punish ourselves for our limitations, or exalt ourselves for our accomplishments. One might think, I suggested, of prayer as a framework for reminding ourselves that, for better or ill, we did not make ourselves.

Then along came Hanukkah, and I realized that the answer I had suggested to my daughter was importantly incomplete. There is no holiday in the Jewish calendar that is so bound up as Hanukkah is with the notion of the miracle. On this holiday we celebrate the miracle of the war, preserved in the books of Maccabees and in the al ha-nissim prayer, and of course the miracle of the oil, which the Talmud tells. Like the existence of a divine being, miracles—especially miracles like that of the oil, which seems to assume the possibility of exceptions to the laws of nature—are difficult for people schooled in modern science to accept. The miracle of the oil is doubly egregious because it seems so unnecessary. One can tell a compelling story of Hanukkah without this miracle; we do tell such a story in the al ha-nissim prayer. Do we really need the miracle of oil? Or put differently, because we consider the question as it arises from a place of commitment: How should one think about the miracle of oil if one doesn’t quite believe it? My daughter has not yet posed the skeptic’s question about this miracle, but what if she did? What should I say?

Hanukkah naturally invites comparison to Purim, the other post-Torah holiday celebrating the salvation of Israel. On Purim, the threat fell upon the Jewish people as a people. Their backs were to the wall; they could not but fight. But in the case of Hanukkah, Jews were in danger only insofar as they insisted on continuing to practice Judaism. They could choose—some substantial number seems indeed to have chosen, at least as the books of Maccabees tell it—to abandon Jewish practice, whether out of conviction that the Greek way of life was better, or out of fear. They only faced danger if they chose to continue to practice Judaism. What Hanukkah celebrates is the Judaism of choice, the Judaism that we consciously decide on for ourselves.

The capacity to choose—freedom of will—is arguably as obnoxious to modern science as the miracle. Less so, perhaps, in the quantum universe than in the Newtonian one, but nevertheless, the capacity of human beings to decide, contingently, on a specific course of action in the face of other possible courses of action, has in it something of the mystery of a miracle. Here is the common denominator underlying the two miracles of Hanukkah, the resistance to the armies of Antiochus and the persistence of the oil. Hanukkah celebrates two homologous manifestations of freedom: people’s freedom to choose how they will live, and God’s freedom to maintain or violate the laws of nature.

I should answer my daughter somewhat differently, then. Someone who is committed to Judaism but can’t think of God as a being shouldn’t approach God only as an expression of what human beings are not, only as a way of coming to terms with our limitedness. This perspective fails, after all, to account for the Jewish notion that human beings are created in the image of God. God-talk is also a way of thinking through the mysteries of consciousness and choice that seem to distinguish human beings, at least to a degree, at least so far as we feel it, from the rest of the natural world. To say God is not only to remind ourselves that we can’t utterly control our lives, and that credit for our accomplishments doesn’t lie with us alone, but also to wonder, in the candlelight of Hanukkah, at the fact that we do exert some capacity to make and remake ourselves.

About the Author
Tzvi Novick is the Abrams Jewish Thought and Culture Professor of Theology at the University of Notre Dame. His research focuses on law and ethics in early rabbinic literature, and on pre-medieval liturgical poetry.
Related Topics
Related Posts
Tzvi Novick