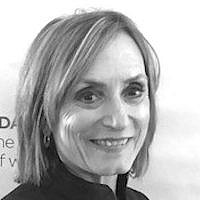 The Blogs
Betsy S. Silverfine
Apply for a Blog
Advertisement
Please note that the posts on The Blogs are contributed by third parties. The opinions, facts and any media content in them are presented solely by the authors, and neither The Times of Israel nor its partners assume any responsibility for them. Please contact us in case of abuse. In case of abuse,
Report this post. 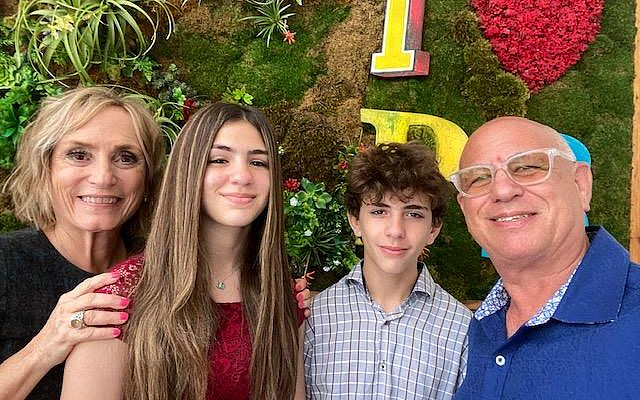 Growing up, celebrating Hanukkah, often called the Festival of Lights, meant getting presents on all eight nights of the holiday. That made me feel the same as classmates who celebrated Christmas, with the many presents it brought.

Christmas always falls on December 25th while Hanukkah falls on a different date every year because the Hebrew calendar is based on the lunar cycle rather than the solar cycle of the Gregorian calendar. The beginning of Hanukkah ranges from late November to late December; this year, it begins at sundown on Sunday, November 28, the 25th day of Kislev, a month in the Hebrew calendar — and lasts until sundown on Monday, December 6th.

The holiday commemorates the triumph of a band of rebel Jews known as the Maccabees who were led by Judah Maccabee and who witnessed what they believed to be a miracle. In 164 BCE, the Maccabees reclaimed their temple in Jerusalem from the Greek Syrian forces and rededicated it to God. The rededication was crowned by the lighting of the temple’s menorah, a seven-branched candelabra lit by special, ritually pure olive oil, olive oil that took more than a week to prepare.

Legend has it that, after the Maccabees drove the Greeks and their idols from the Temple, they could only find one cruse (jar) of this special oil, an amount that would usually light the menorah for just one day. Miraculously, this one small jar of oil burned for eight whole days, allowing the menorah to remain alight until new oil could be prepared. And that is why Hanukkah lasts for eight days.

By the way, the story of Hanukkah does not appear in the Torah because the events that inspired the holiday occurred after it was written. It is, however, mentioned in the New Testament.

Working as an annual giving officer at Hadassah, I am always reminded that there is hope and faith. Hadassah helps people from all over the world by striving to do its best in medicine. I do my best to raise funds for Hadassah Medical Organization, Greatest Need and Hadassah’s Young Judaea and Youth Aliyah programs. This work has helped me understand how much Hanukkah affects my family. We make sure we bring food to those in need, gifts to children who have none and love to populations that go without it. We make sure to reach out to loved ones around the world whom we have not heard from in a long time. (The pandemic sure has changed how we communicate; now we can reach out through Zoom, What’s App, text, Instagram, Facebook messaging, calling and more!) We do it all to keep the connections!

To mark the holiday, Jews light one candle each evening on the nine-branched menorah, sometimes called a hanukkiah. The ninth candle – the shamash (“helper” or “attendant”) – is used to light the other eight.

I enjoy celebrating the holiday with my family. My daughter, Ella, 15, and my son, Brayden, 13, get their wish list together and my husband, Russ, and I do the best we can to get them some of their gifts/wishes. Is this the right thing to do? I don’t know if it’s right or wrong, but it is fun. We also celebrate the holiday through our synagogue, Temple Beth El of Boca Raton, FL. The synagogue makes the holiday family-inclusive, so Ella and Brayden participate with singing as well as by being at the service. Everyone loves to have latkes (potato pancakes) and seufganiyot (jelly donuts), two traditional Hanukkah foods.

Russ carries on the tradition of making the best latkes ever! His magic touch means he uses just the right amount of oil, whether he’s making regular potato pancakes or sweet potato pancakes. (I remember that, when I was a child and we had a big Hanukkah party every year, my Uncle Hank would steal a few latkes right out of the oven! He couldn’t wait!! And usually neither can we.)

We also love to play “dreidel,” a traditional Hanukkah game created when the Greek Syrian invaders outlawed Jewish studies, forcing Jews to spin small, four-sided tops called dreidels to make their enemies think they were merely playing games while, in reality, they were engaging with their scripture. Dreidels are marked with four Hebrew letters that stand for the phrase “Nes gadol haya sham” — a great miracle happened there.” In Israel, the letters spell out “A great miracle happened here.” In our family, we also play dreidel, winning different amounts, on pennies, depending on which side of the dreidel lands face-up! We follow a tradition of incentivizing our kids by giving them gelt, golden-wrapped chocolates that resemble coins. Gelt can also be won in a game of dreidel!

Hanukkah is not the most important holiday in the Jewish calendar nor is it a religious holiday like Rosh Hashanah, Yom Kippur and Passover. But it certainly holds great cultural significance.

This year, my family and I are celebrating together in person. So different after last year’s Zoom celebration during the pandemic. To paraphrase the traditional Hanukkah song, oh, Hanukkah, oh Hanukkah, we light the menorah!!

We can’t wait to be together! I love the togetherness of the holiday because it signifies family, tradition and Judaism continuing through the generations.

Hanukkah is a holiday like no other! Happy Hanukkah to all!

About the Author
Betsy S. Silverfine is National Hadassah’s Annual Giving Officer for Florida and the New England Region. She has a wide range of experience in fundraising, communications / community outreach and public relations, both in the non-profit and private consulting arenas including Junior Achievement, Adelphia Corp (now Comcast), Aird & Berlis LLP, and Brown Raysman LLP. A native New Yorker, Betsy is an active member of Hadassah. Additionally, she has volunteered with the MS Society, Temple Beth El of Boca Raton, Cornell University, Kindness Matters, and the American Field Service, where she was an exchange student to Brazil. Betsy has been a 3x NYC marathoner. Betsy has been married for 15 years to Russell and together they have two children, Ella and Brayden.
Related Topics
Related Posts
Comments