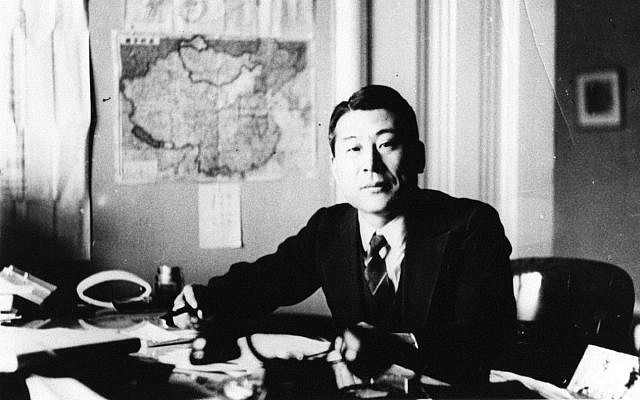 Chiune Sugihara was born 121 years ago, on January 1, 1900 in Yaoutsu, Japan. From an early age, he was a bright student. Following his graduation from the prestigious Waseda University in Tokyo, he started his diplomatic career.

He held his first diplomatic post in Manchuria, China, which was under Japanese occupation at that time. In 1934, troubled by the harsh treatment given by the Japanese to the Chinese, he resigned in protest, displaying his first public act of conscience.

In 1937, he was stationed in the Japanese Embassy in Helsinki, Finland and in 1939, together with his wife and children, he was sent to Kovno, Lithuania, to open a Japanese consulate there.  As part of his duties, he was entrusted with the monitoring of manoeuvres of the Nazi army across the border, in order to report to the Japanese military commanders about an impending German attack on the Soviet Union.

A few months later, an influx of Jewish Poles who fled the Nazi invasion of their country, started to arrive in independent Lithuania, which was deemed to be a save haven. From those refugees, Sugihara first learned about the horrendous plight of the Jews under Nazi occupation in Poland.

In the wake of the Molotov-Ribbentrop treaty, the Soviets occupied Lithuania in August 1940 and ordered the closure of all foreign diplomatic missions in Kovno. Sugihara was preparing to leave when he noticed a large crowd outside the consulate building. They were the Jewish Poles, begging him to provide them with Japanese visas to escape and avoid being caught by the Nazis.

Sugihara agreed to meet a delegation of the people gathered outside, led by their leader, Zorach Warhaftig (who later served as Minister of Religious Affairs in Israel). Warhaftig voiced his people’s concern that Lithuania would soon be occupied by the Nazis and this would be a death sentence for them.

Warhaftig explained to Sugihara that the Honorary Dutch Consul in Lithuania, Jan Zwartedijk had issued for his group visas to Curacao and Surinam, the Caribbean islands controlled by the Netherlands. All that was needed now was to procure transit visas for Japan. This would enable the refugees to travel through the Soviet Union to Curacao and Surinam.

Sugihara was deeply moved by the plight of the Jews and asked some for time to obtain permission from his superiors.  As per his own words:

“I really had a hard time, being unable to sleep for two nights. I thought as follows. I can issue transit visas…by virtue of my authority as consul. I cannot allow these people to die, people who have come to me for help with death staring them in the eyes. Whatever punishment may be imposed upon me (for disobeying government instructions), I know I should follow my conscience“. *

Eventually, the Japanese government declined his request but Sugihara decided to distribute the life-saving visas nonetheless. He related:

“Approximately, on August 10th, I decided there was no further point to continue negotiating with Tokyo. The following day I began on my own accord, with full responsibility on my part, to issue Japanese transit visas to the refugees without regard to whether so-and-so had the necessary documents or not.” *

In order to achieve his goal, he requested a twenty-day extension of his stay in Kovno and between July 31 and on August 28, 1940, he distributed some 300 transit visas per day.

The Japanese Foreign Ministry learned of his insubordination and commanded him to cease and desist at once from issuing further visas, an order he ignored. He understood that this would lead, sooner or later, to an end to his diplomatic career.

He took upon himself the tedious and painstaking duty of hand-writing the visas, staying up night after night, skipping rest and meals. His wife, Yukiko, had to massage his numb fingers so he could proceed.

He even issued some visas from the window of his train, as he was leaving Kovno and as a last gesture he handed his official stamp to one of the refugees so that the latter could use it to save more lives.

At the end of WWII, the Sugihara family was imprisoned by the Russians in a Siberian compound for one a half year and upon their return to Japan, Sugihara was fired from the Foreign Ministry and had to make a living out of odd and poorly-paid jobs.

Back in 1984, Sugihara was awarded the title of Righteous Among the Nations. His wife received the medal on his behalf in Tokyo, as he was too frail to attend the ceremony. He passed away on July 31, 1986. He is the only Japanese to hold this title.

In one interview, Chiune Sugihara summed up his feats:

“I may have disobeyed my government, but if I hadn’t I would have been disobeying God.”

The Wallenberg Foundation has paid tribute to Chiune Sugihara in various occasions, including the commission of a commemorative Israeli Postal stamp bearing his semblance. 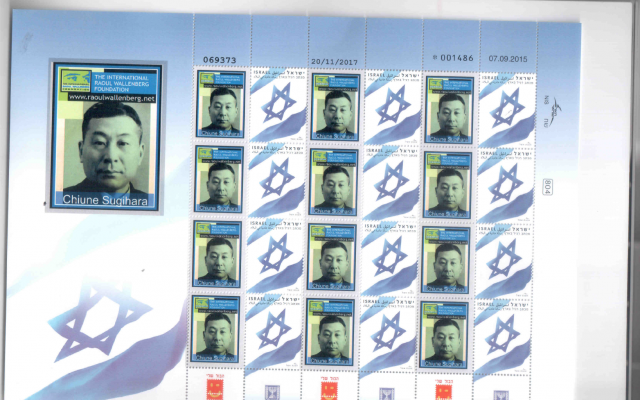 A museum in Lithuania, dedicated to him was about to close its doors due to the ongoing health crisis but was saved thanks to a popular fund-raising campaign in Japan.

All in all, it is esteemed that Chiune Sugihara has saved more than 2,500 lives, defying the orders of his own superiors and paying the ultimate price in terms of his diplomatic career.

He was a shining light in the dark days of the Holocaust and as such, he should be remembered.

* Yad Vashem – Department of Righteous among the Nations – Self-Testimony by Chiune Sugihara.

About the Author
Baruch was born in 1933 in Las Palmeras, Argentina, a little hamlet which was part of Baron Hirsch's Jewish settlements. He graduated from a Yeshiva and spent his first adult years teaching Judaism. In the 1960's Baruch was Director of the Israeli Tourist Office in Argentina, creating a program for Catholic pilgrims. He has founded two NGO's, Casa Argentina in Israel - Terra Santa and the International Raoul Wallenberg Foundation. He is married, has three children, six grandchildren and two great-grandchildren.
Comments