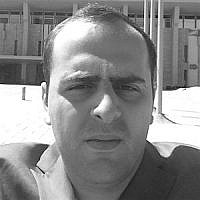 The Blogs
Albert Hayrapetyan
Apply for a Blog
Please note that the posts on The Blogs are contributed by third parties. The opinions, facts and any media content in them are presented solely by the authors, and neither The Times of Israel nor its partners assume any responsibility for them. Please contact us in case of abuse. In case of abuse,
Report this post. 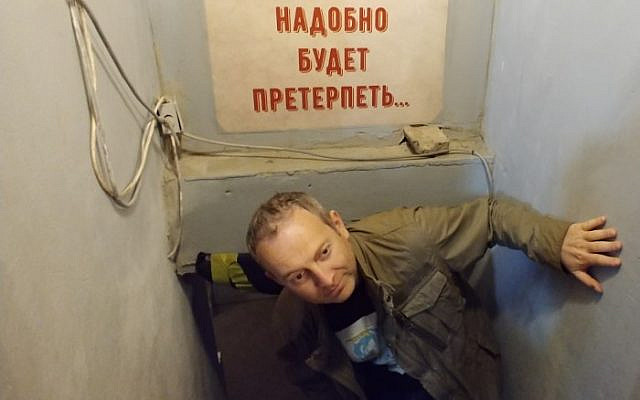 Azerbaijan’s recent unsuccessful attempt to put on the wanted list of Interpol the Cyprus MP in the European Parliament, Eleni Theoharius for her trip to Nagorno-Karabakh raises a number of serious issues. Not to mention the recent threat of the Azerbaijani authorities to initiate criminal proceedings against the Swiss “Schweizer Monat” journalists, who, in the exercise of their journalistic and professional duty, visited Republic of Artsakh (also known as Nagorno-Karabakh Republic). At the same time, the Baku authorities mention a precedent with the Israeli blogger Alexander Lapshin, who was arrested in Belarus and extradited to Baku for his trip as a journalist to Nagorno-Karabakh. By mentioning the Lapshin case, they let us know that this can happen to anyone who
decides to travel to Artsakh.

Speaking about the Lapshin’s case as a threat to everyone else, the Baku authorities are silent about the fact that the journalist Alexander Lapshin is a descendant of Holocaust survivors of Auschwitz and on 10th of September 2017 was brutally attacked in the Azerbaijani prison, spent three days in intensive care and was immediately pardoned by President Aliyev because of the fear that his death in Azerbaijan could have serious political consequences. Also, the Baku authorities do not mention the fact that the ECHR is currently considering a journalist’s complaint against their country, accusing them of attempted murder.

Finally, the Azerbaijani authorities threaten these Swiss journalists with opening criminal cases against them just a week after numerous media reported that the Baku authorities on December 15, 2019 attempted to kidnap Lapshin during his stay in the capital of Latvia, Riga. The same media suggest that the order to commit a crime against Lapshin came personally from the head of the State Security Service of Azerbaijan, General Ali Nagiyev.

All these examples of unprecedented cruelty and senselessness in the long term indicate the instability of the power of President Ilham Aliyev and his ruling clan. Moreover, this does not bring a solution to the Karabakh conflict even in a millimeter, but only provokes greater mutual hatred between the parties. The exceptionally large personal and emotional component and the element of personal revenge in the actions undertaken by Baku is also a clear example of this fact.

Azerbaijan’s attempts to strengthen the blockade of the ethnic Armenian population of Artsakh by intimidating foreign journalists are contrary to the statements of Azerbaijan itself that the Armenians of Artsakh are Azerbaijani citizens, and they will be allowed to stay there even if this territory is returned in favor of Baku. It turns out that the Baku authorities violate the civil rights of the people whom they themselves consider to be their citizens.

I will express a thought that will seem cynical to many, but I will say as it is – Nagorno-Karabakh is not a problem for Israeli, Swiss, British, American or any other journalists. The better the coverage of the conflict zone, the higher the chances that the issue will be resolved politically, without new bloodshed. This is a complex and an age-old conflict, which is to be solved by the authorities of Armenia and Azerbaijan. One can understand the resentment of the Azerbaijani authorities who started the war in Artsakh in 1992 and who lost it, and I understand the position of the Armenians who do not want the totalitarian regime of Baku to repeat the 1915 genocide. 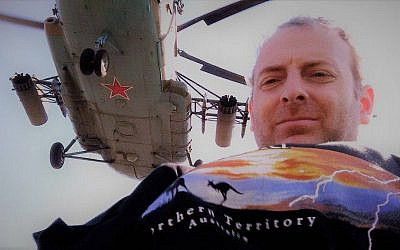 I also understand that Azerbaijanis are trying on all fronts (military and diplomatic) to condemn Armenia and pull maximum allies to their side. It is reasonable. But their chosen path of persecution of private individuals, journalists and public figures who simply visited Artsakh is the road to nowhere. This indicates a deep crisis of power and the need for a generational change in the Azerbaijani establishment. The country is ruled by the old communists, who served under Brezhnev and were educated at the Soviet KGB school such as the current elderly head of the State Security Service of Azerbaijan, Ali Nagiyev. Or the leader of the second most influential ruling clan, Ramiz Mehdiyev, who is well over eighty.

As we know from the Bible, Moses led his people through the wilderness for 40 years. One version of such a long walk is that a generation of slaves had to die naturally, so that their children would be free in the Holy Land.

About the Author
Albert Hayrapetyan received his MA in Political Science and International Affairs from the U.S.-accredited American University of Armenia (AUA). His research interests include the issue of alliances, ethnic conflicts and global hazards.
Comments