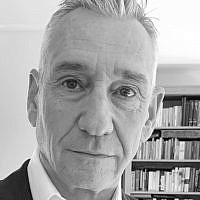 The Blogs
Marcus Sheff
CEO at IMPACT-se
Apply for a Blog
Advertisement
Please note that the posts on The Blogs are contributed by third parties. The opinions, facts and any media content in them are presented solely by the authors, and neither The Times of Israel nor its partners assume any responsibility for them. Please contact us in case of abuse. In case of abuse,
Report this post. 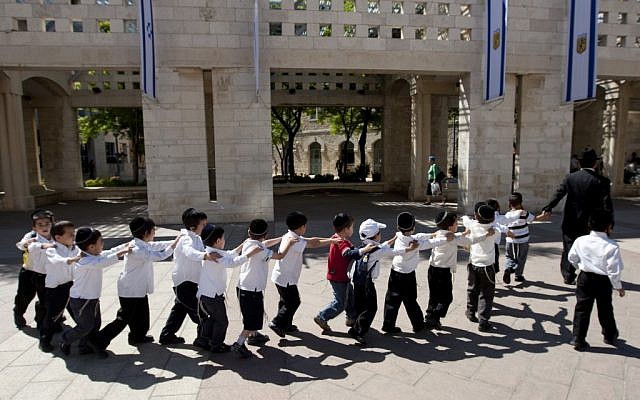 What do young the Israeli ultra-orthodox (Haredim) study at school when they are not learning Torah? A deceptively simple question for which there has been little in the way of concrete answers.

For outsiders, Israeli Haredi society can be remote and inaccessible. And indeed, the very acquisition of the textbooks and mapping of the myriad school systems was a daunting task.

As IMPACT-se researchers worked through the Haredi curricula, a pattern emerged of a society that at every teachable moment, reinforces the barricades of separation, advocates the community’s exceptionalism and re-creates a milieu of pre-Shoah Europe and 1950s Israel.

The full report, written by IMPACT-se Director of Research Dr. Eldad Pardo and Tehila Gamliel, can be found here.

Textbooks represent the values that states, governments and in this case, the communal leadership wish to pass on to the next generation. These textbooks, most of them recognized by the Ministry of Education, are the result of negotiations between the state and Haredi politicians. The Haredi politicians appear to have gotten the better end of the deal.

Threats from the outside world are always uppermost. For instance, in a reading comprehension book for middle schools, an illustration shows a sheep — small, vulnerable and wearing a Haredi-style hat — besieged by viscous wolves labeled as Anti-Semites, Amalek, Turkey, Syria, China (oddly), Russia, Iran, Hezbollah, Hamas, The Palestinian Authority and Al-Qaida. In an inner circle stand larger, aggressive sheep marked as the Israel Ministry of Finance, “new” Haredim, the Reform movement, the media, the Israel Ministry of Education, Supreme Court and the Israeli left.

The textbooks promote a separate cultural identity, keeping recognition of and contact with mainstream Israeli culture to a bare minimum. There is a general commitment to peaceful conduct and coexistence in these curricula: they do not encourage violence, are not anti-state and teach pupils to respect the law and the civil system of Israel.

But the price of Haredi self-imposed segregation is the negation of the other, vilification of the Reform movement in particular, the unnecessary use of stereotypes and occasionally, offensive language – a zero-sum game where the virtues of Haredism require the other to be denigrated.

Reform Jews are attacked for attempting to create an alternative religion. The Haskalah or secular Jewish enlightenment is criticized as though the debates of eighteenth century Jewish Europe are taking place now. In one book, we learn that Moses Mendelsohn’s follower Herz Homberg coerced Jews into secular education while he cavorted with the Christian wives of others.

Israel leftists and nationalists (the Zionists) are blamed for the alleged attempt to impose secular education on Yemenite children. The Zionists are generally non-too smart, negotiating poorly with their Arab neighbors. There is no interest in the national aspirations of the Palestinians, but neither is there an interest in Jewish self-determination.There is however respect for the Prophet and nostalgia for a perceived past coexistence between Haredim and their Arab neighbors in the Old Yishuv.

Women are responsible for the home and raising children, earning the family living and all the while, conducting themselves with modesty and devotion. The father remains head of the family and there is no hint of women being encouraged to strive for career success.

A founding father of Haredi Judaism, the Chatam Sofer famously stated that Hadash assur min haTorah or that anything new, any innovation in Jewish life, is forbidden by the Torah. A consequence seems to be that textbooks are antiquated: old-fashioned, stereotypical attitudes pervade even when presenting anti-racist arguments and Archie Bunker-like, offensive language is used in relation to that which is perceived as a threat.

For Haredi educators in Israel, the enemy is modernity itself. But in the real world, Haredim are increasingly finding their way into our broader Israeli society, armed with poor information from textbooks, circa 1950.

It cannot be beyond their ingenuity to write curricula that preserve unique traditions without disrespecting others, and which educate to respect the other in a way that is relevant to the contemporary world.

Marcus Sheff is CEO at IMPACT-SE, a research and policy organization that monitors and analyses education to determine compliance with international standards on peace and tolerance as derived from UNESCO declarations and resolutions.

About the Author
Marcus Sheff is CEO at The Institute for Monitoring Peace and Curtural Tolerance in School Textbooks. IMPACT-se analyzes textbooks, employing standards on peace and tolerance as derived from international declarations and resolutions.
Related Topics
Related Posts
Marcus Sheff
Comments