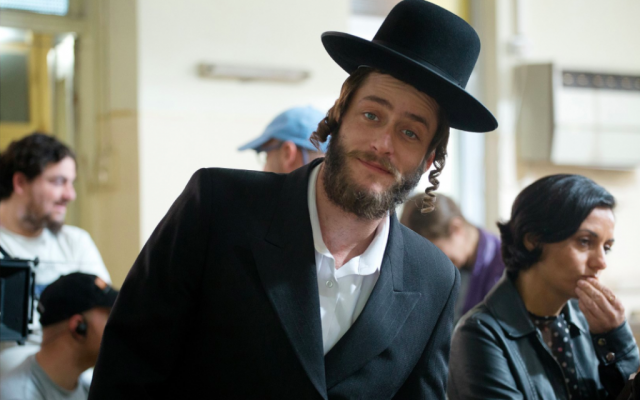 One of the big differences between Israel’s and America’s Jewish communities is the ability of the Haredi to celebrate national holidays. From July 4th to Memorial Day, even the most Hasidic communities can be seen partaking in some kind of celebration or acknowledgment. This is not only true in the US; ultra-Orthodox Jews in Australia, the UK, Canada, and elsewhere often partake in national holidays. And yet, when it comes to Israel’s Day of Independence, where there is so much for all Jews to be thankful for, the Haredi in Israel finds it so difficult to show patriotic sentiments in Israel — despite doing so in other countries.

The issue of celebrating on Yom Ha’atzmaut is not a petty conversation on who will have a barbecue, wave a flag, or sing a song. As the Haredi community in Israel and around the world becomes an increasingly larger percentage of the Jewish community, identifying with Israel and the unity of the Jewish people become vital. There must be a way to find common ground for Israeli patriotism and Israel’s national narrative. While there are many difficult aspects around Haredi integration, there is one simple, inclusive, and easy to implement solution — Yom Ha’atzmaut does not have to be a religious holiday. Haredim deserve a secular Yom Ha’atzmaut.

On the occasions I have visited Israel during Yom Ha’atzmaut I truly celebrate. How can I not?! A Jewish state for the Jewish people in the Jewish homeland. A country so highly accomplished, capable, and successfully serving as a home for most of the world’s Jews, what is there not to celebrate?!

And yet, when I come to a synagogue, I am asked by people: “Are you saying Hallel today or not? Will you say Hallel with a Bracha or without? Is the State of Israel part of the messianic redemption — atchalta de’ge’ula — or not?” If you are Orthodox, suddenly, there are added purity tests and conditions to being a true Zionist. Orthodox Jews wanting to be part of Yom Ha’atzmaut face conditions that no other group faces. Sure, there are many other issues to overcome. Still, an easy way to increase Haredi participation is to make sure they can have a secular Yom Ha’atzmaut, filled with patriotism, love for Israel, and all that it means — without religious tests being imposed on them.

I am reminded of a story about the legendary Rabbi J.B. Soloveitchik (told to me by a student who was there). At the time, after his wife passed away, Rabbi Soloveitchik was living in an apartment in the Yeshiva University dormitory. To accommodate Rabbi Soloveitick’s age and needs, there was a minyan of students who would gather in the rabbi’s apartment so that he did not have to walk every time to the Yeshiva’s main sanctuary. On Yom Ha’atzmaut — after completing Shmoneh Esreh — the Chazzan asked Rabbi Soloveitchik whether to say Hallel or not. The rabbi told him not to, as that was his halachic position. Of course, that decision did not have a sliver of politics or lack of Zionism. Everyone knows Rabbi Soloveitcki’s ardent Zionism was a driving force behind US Jewish mobilization for the State of Israel in 1948 and beyond. He was a Zionist par excellence. He loved Israel with all that he was. It was just his halachic opinion not to say Hallel on Yom Ha’atzmaut. Yet some students present at the minyan walked out of the minyan on the spot. They saw in his position a lack of Zionism.

Just as we have no doubt a secular Israeli who loves Israel is a true Zionist without questioning if they say Hallel or not or what they believe the state signifies vis-a-vis the messianic era, we should work hard to make space for Haredi Jews to celebrate Israel the same way they celebrate July 4th. To coexist in a healthy way and to deepen support for Israel in the growing Haredi diaspora, we must come to a situation where a Hasidic Jew celebrates Yom Ha’atzmaut without saying Hallel or facing any questions about it.

A young couple I know decided they would go live in a remote small Jewish community in Israel and fulfill the mitzvah of settling the land. As they were interviewed, they were asked if they say Hallel on Yom Ha’atzmaut. This embodies how absurd the conversation around Hallel on Yom Ha’atzmaut has become. Whoever is going to farm the land and fight for it finds themselves questioned and judged based on a very technical and not necessarily relevant to the topic at all.

There is no reason or justification for Haredim to celebrate July 4th in the US, to hang the British flag in the UK, celebrate Canada day, yet only when it comes to Israel, where there is so much to be proud of, they are ashamed to partake in Yom Ha’atzmaut celebration. Haredi Jews deserve the option of a secular Yom Ha’atzmaut on which they can celebrate like everyone else — not needing to engage in complex purity tests. Not saying Hallel or not believing the State of Israel is part of the messianic era does not disqualify anyone from being a Zionist. If we work hard for this common ground of celebrating Israel for what it is and making space for everyone, we will increase unity among our people and the love for Israel, and we will all be able to take part in celebrating Israel with the so many things we should be celebrating.

This article is based on an earlier article I wrote in Hebrew published in Makor Rishon 4/12/21.