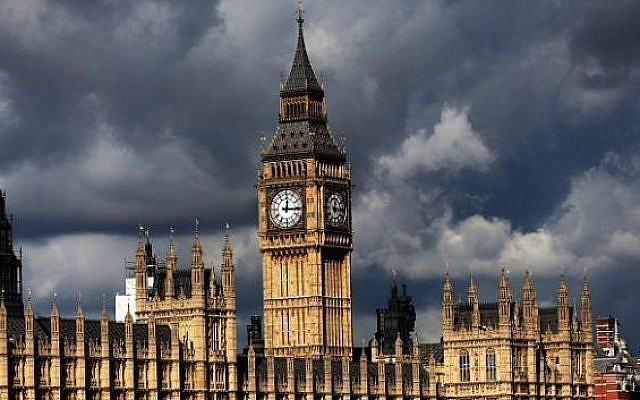 Harry and Meghan have made a huge explosive allegation against a “senior” member of the Royal Family, about the colour of a royal baby, and many of us have been left guessing who it was.

We know that Harry told Oprah Winfrey off camera, that the colour of the baby was NOT mentioned by the Queen or Prince Philip, so that leaves Charles, Camilla or William. But by not revealing which senior royal had this conversation with Harry who then told Meghan, (so she never heard it with her own ears), they have both put members of their own family, in an extremely awkward position.

Prince Philip is lying in hospital at 99 years old, the stress on the Queen especially at her age, must be immense and Americans, who had a dreamy fantasy picture of the British Royal Family, has now been completely shattered.

Is it possible that the discussion of the “colour of the baby’s skin”, has been completely taken out of proportion? I can easily see the senior royal, being Charles, who had a serious conversation with his son about what to expect from elements within the media, if the baby was dark skinned. How do you think you and your wife would handle that Harry, Charles may have asked.

That’s not racist. That’s having an adult conversation about the realities of life and asking the younger couple whether they have thought about it. Of course Oprah did her famous look to the camera with the perfectly timed, “What,” which intensified the “Wow” effect.

But remember, Meghan wasn’t even present when this conversation took place and maybe, just maybe, Harry was angry with his father for bringing up the subject, and he never really conveyed to his wife, the context of the discussion.

With two people struggling with the early stages of mental illness, the conversation could well have been misinterpreted. We know Harry felt trapped within the Palace. He was desperately unhappy with the “establishment” and his wife wanted the freedom to speak out about every subject she chose. “I’ve always been working and outspoken” Meghan told Oprah.

Being born into royalty in the UK is not like becoming a celebrity in Los Angeles where Meghan was born and brought up. Of course celebrities express their opinions, but the Royal Family is apolitical and it is an “Institution” that has lasted hundreds of years. If you chose to marry into royalty, you are by definition, choosing to give up parts of your freedom, and I have no doubt Meghan was told this.

Meghan Markle was a known actress and knew all the time, there is a price to pay for being a celebrity.

In the interview, Oprah visited the home of Harry and Meghan where there were rescued chickens from a local slaughtering plant. I suspect when Meghan told Oprah, “I just like rescuing”, she may have had similar plans of “rescuing” and changing the royal family. But you can’t do that with an institution.

Megan Markle’s father, Thomas, doesn’t believe a senior royal was racist when he was interviewed on GMTV on Tuesday. But yet Thomas explained how he was trashed in the media as a drunk (he doesn’t drink). Every day, terrible pictures were appearing of Thomas to make him look bad. He had no support or protection from anyone.

Thomas Markle was assured by one journalist that he would protect him and give him positive favourable media coverage. But Thomas was conned and in a conversation with Harry over the telephone, the Prince said, “I told you so”.

For 3 years, Harry and Meghan have refused to speak with Thomas. Now Meghan lives just 70 miles away from her father, who has apologised more than a hundred times for speaking to a journalist. But still he has never seen his grandson or even met his son-in-law, Harry. What a tragedy.

You would think Harry and Meghan, who complained so much about having no protection or security from the intense press intrusion, would be more sympathetic to Thomas. The man came from a simple background and through no choice of his own, was suddenly flung into the spotlight and thrown to the wolves with some of the worst press coverage possible.

But the couple cannot put themselves in their father’s position, because they are so caught within their own bubble and selfishness.

As for eventually having their security removed when they relocated to Canada, Harry made out he was a poor pauper with a price on his head, after he said, his father cut him off. But Harry had a trust fund from his mother worth around £20 million, plus several other trust funds and all of the expensive outfits and priceless jewellery that Meghan had worn.

Meghan then tells us that they were already married 3 days earlier in a private garden ceremony with the Archbishop of Canterbury and that the £30 million fairy-tale wedding, in blazing beautiful sunshine, was JUST for us??? How could Meghan not know that the garden was not licenced, nor were there witnesses and therefore she was not married?

Harry and Meghan have made this about race, when clearly this was largely to do with mental health. Whilst I deplore the refusal of the institution to answer a genuine call for help (and this must be addressed), the attempted torching of the House of Windsor, along with its historic institution, is disproportionate and I suspect personal scores are being settled.

I fully recognise Meghan had visions and goals of making the world a better place and I sincerely wish her and Harry, the best in doing so. But you can’t bring down the British royal institutions by playing the race card, without mentioning names.