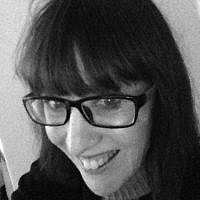 The Blogs
Kati Sharett
Real estate broker in Israel
Apply for a Blog
Advertisement
Please note that the posts on The Blogs are contributed by third parties. The opinions, facts and any media content in them are presented solely by the authors, and neither The Times of Israel nor its partners assume any responsibility for them. Please contact us in case of abuse. In case of abuse,
Report this post. 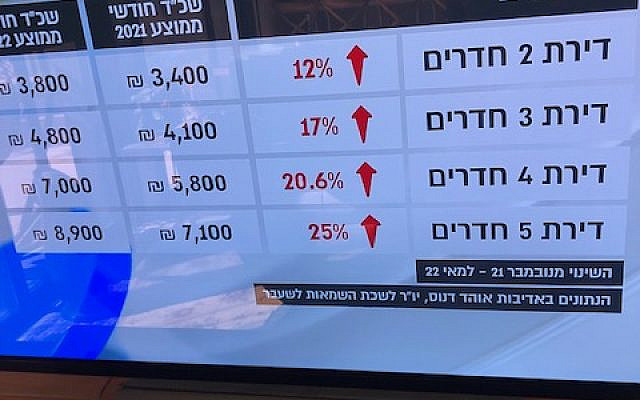 In 2021 Tel Aviv arose for the first time to the dubious honor of world’s most expensive city knocking Paris out of the first place. Of course, this honor is nothing any Israeli is happy about as Tel Aviv is the top of the ladder that is Israel.

This summer as I have worked with rental clients, I am seeing for the first time a property released for rent on the market at a median price for 4 rooms (which is now 7000-10000 in Jerusalem) that people are rushing to the door of the advertiser to get the first opportunity to rent. Agents and Owners will put an ad out for a property in a median price and be swamped with calls to the point of turning their phones off or closing the list of interested parties when enough potential candidates are lined up for the first possible showing. Others will agree to take the property based on photos and information and no more haggling price or terms.

As an agent I’m keenly aware of the problems of the housing shortage that also affect renters, not just prices for buying. The mantra of agents all over the country is “there’s nothing on the market”, “there’s a shortage” of available rentals. The principles of the first hour of economics 101 is the law of supply and demand. Demand is high, supply is low, prices go up.

This spring I began to see that property purchase prices and rentals seemed to go up 15-20 percent since summer 2021. My habit in the morning is to watch local news and one morning I was validated in my suspicions by several screens flashed in succession of the rise in rental market prices across the country. I grabbed my phone and snapped the featured photo of price rises in Jerusalem since 2021 so I could hopefully explain to my clients that prices truly have risen that much.

Why did this happen? I’m not an economist but I will propose my theories from on the ground experience. One of the reasons is that the Israeli government began since about 2018, to try to suppress the rapidly rising costs of housing purchases. Steps they took were specifically directed to discourage local property investors. One of the steps is the 8% purchase tax on a non-primary home. This was not only meant to suppress local investors from buying but also discourage even Jewish buyers from other countries who do not reside in Israel from buying an apartment as a “piece of Israel” for the future who were also able to capitalize on high prices in their markets. The other disincentive to investors is on the selling end there are higher capital gains taxes.

Because there are no almost large-scale rental projects with most rentals being owned by “mom and pop” investors, those with properties on the rental market are primarily those who have one apartment that can come available to rent. I recently became aware by calling the Halomot Arnona rental project in Jerusalem to put a friend on the waiting list and learned later that she was #400.

Another factor was the de facto slowdown of building in the COVID years of 2020-2021. Although construction was deemed “essential” I noticed that the building project next door to my building had numerous days in succession of no workers and no activity. Why? I don’t know. Ultimately the completion date of that project was extended one year. I spoke to the builder at then and he had four projects and was just moving the same crew from one job to another.

The process of building apartments in Israel is related to the release of land by the government and tenders to builders. This is a slow process full of red tape. The building of new apartments is not keeping up with the demand as Israel is in full population growth with most Israeli families having an average of 3-4 children. Along with the slow process of building, the price of building materials has gone up due to international issues in the supply chain.

Increased demand for rentals is also fueled by a vicious cycle of those who are priced out of the market to purchase and are forced to rent until they can get on the property ladder. What will happen? Those who have to rent whose incomes have not risen to meet the price of the rental they desire will have to look in other neighborhoods further out of the target area or to properties with fewer amenities. Those who are currently renting stay in place to keep from having to spend more and get less than what they are currently renting. Because owners consider a good tenant valuable, they will not necessarily raise rent to meet the market value, thus fewer properties enter the market.

A client of mine here lived for a short term in the high-tech area of San Jose, California. He was there on a short-term contract and needed a home for his family of 6 for two years. When he found an appropriately priced rental he called and was one of the first callers. He called back and the owner said he had 32 candidates for the small 3-bedroom home. It wasn’t first come first serve for the owner, it was sit back go over the applications and choose the best candidate. I see that scenario easily coming here.

About the Author
Kati Sharett works as a licensed realtor in Israel www.sharettproperties.com and writes on real estate news in Israel since 2009. A graduate from the University of Wisconsin in 1994 in Hebrew Studies and Journalism, she previously worked in news. She made aliyah with her family in 1995. She also writes about Mediterranean cuisine. She has lived and worked in Tel Aviv and greater Jerusalem.
Related Topics
Related Posts