One of the most dispiriting things about antisemitism is the ease with which it mutates through time and across societies. The current Coronavirus pandemic is certainly no exception. While the deadly virus has spread rapidly around the world, antisemitic conspiracy theories have followed in its wake.

Coşkun Başbuğ, a commentator on Turkish television said that ‘Jews, Zionists’ had engineered the coronavirus ‘as a biological weapon just like bird flu’ in order to ‘design the world, seize countries and neuter the world’s population.’[i] An Iranian academic charged that ‘Zionist elements’ had ‘developed (a) deadlier strain of coronavirus against Iran.’

Others have alleged a sinister plot co-ordinated between these ‘malicious’ Jews and their allies, especially in Washington. A Saudi writer called Sa’ud Al-Shehry claimed that the coronavirus was a plot hatched by American and Israeli drug companies aimed at increasing their profits. He wrote: “A ‘wonder’ virus was discovered yesterday in China; tomorrow it will be discovered in Egypt, but it will not be discovered either today, tomorrow or the day after tomorrow in the U.S. or Israel.”[ii]

It is not just Islamists who have shared such repugnant views.Philip Giraldi, Executive Director of the Council for the National Interest, said that it was possible that the US ‘had a hand in creating the coronavirus’ at a research centre and it was ‘very likely that Israel was a partner.’ The US/Israeli intent was to engineer a ‘biological weapon’ that would damage their enemies (China and Iran).[iii]

Alain Mondino, a far right local election candidate in France, posted a video on social media which was titled ‘Corona virus for goy’ which claimed that the virus had been ‘put in place by Jews’ so that they could ‘assert their supremacy.’[iv]An article on an extremist Spanish website claimed on March 14th that Coronavirus was ‘an instrument of the Third World War that has unleashed Yankee Zionist imperialism.’[v]

Florida pastor Rick Wiles, a man who claimed that the ‘synagogue of Satan’ was pushing the US to fight wars on its behalf, said that God was spreading Coronavirus in synagogues because Jews opposed Jesus. He added: ‘Repent and believe in the name of Jesus Christ, and the plague will stop.[vi]

None of this is a surprise to those who have studied the world’s oldest hatred. One of the most persistent tropes in the history of antisemitism is that of the ‘poisoner Jew’ who hatches despicable plots to harm and destroy his Gentile neighbours. Thus during the Black Death, Jews were charged with poisoning wells and spreading the Plague, leading to vicious attacks that wiped out hundreds of Jewish communities.

Well poisoning itself built upon centuries of demonisation within Christian Europe, especially the blood libel, the sinister charge that Jews murdered Christian children so they could use their blood for ritual purposes.

Conspiracy theories invoking Jewish/Israeli/Zionist poisoning have fed the imaginations of audiences across the Middle East. In 1997 the PLO’s representative to the UN in Geneva accused Israel of injecting 300 Palestinian children with the HIV virus during the intifada. Others have accused the Israeli authorities of spreading mad cow disease through chocolate and sending HIV carrying prostitutes to contaminate Palestinians in the West Bank.

In 2016, Mahmoud Abbas, in a speech to the European Parliament, declared that a rabbi had ordered Palestinian wells to be poisoned, even though the rabbi he mentioned (and the Council he said the rabbi belonged to) did not actually exist. He later retracted his claim.[vii]

Today’s noxious conspiracy theories build upon existing strains of antisemitic prejudice as much as on the modern penchant for conspiracy theories. As much as we fiercely resist the terrible Coronavirus, we must also resist all those who spread such theories, whether about Jews or anyone else. 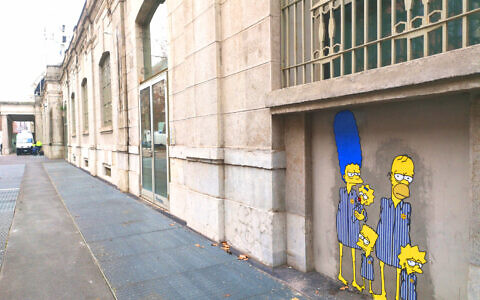 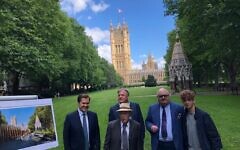