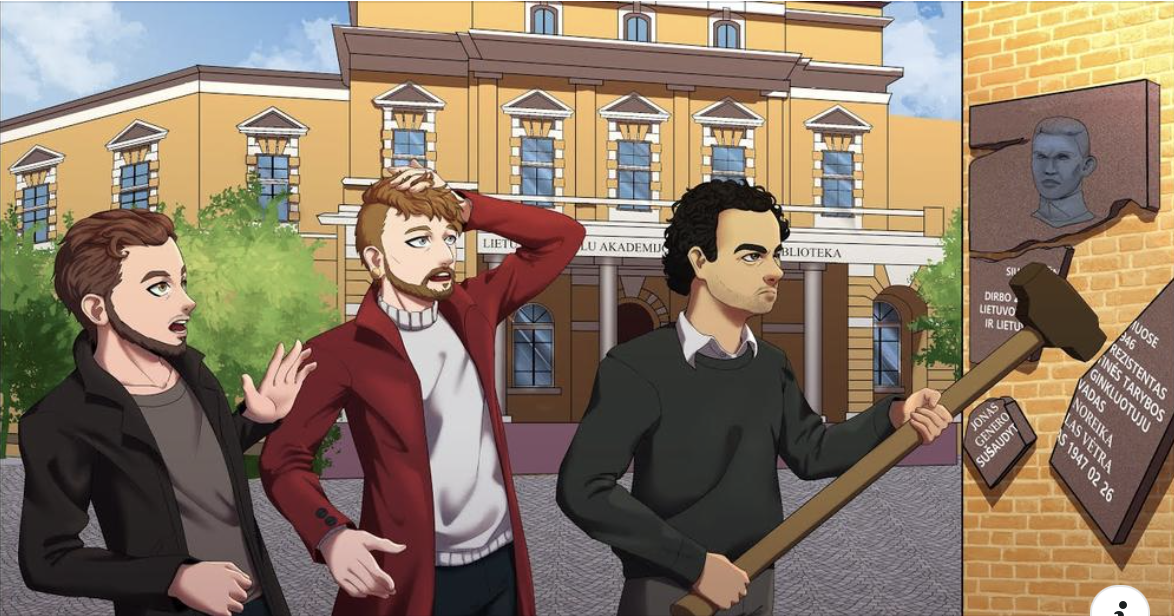 Have I the right to smash the Nazi monument? Today, the United Nations Human Rights Committee closed the litigation in my case No. 3755/2020, and now they will take the decision.

As you might remember, on 8 April 2019, I took a sledgehammer and smashed the plaque of Nazi warlord Jonas Noreika in Vilnius, Lithuania. I did this, because he murdered about 14,500 Jews from 1941 to 1943, he signed the business plan of the Skaistgiris death camp, he signed the order to establish ghettos, to catch all Jews and imprison them in his ghettos. He also signed the order providing that all Jews had to wear 2 David stars in front and on the back. By the way, Adolf Hitler signed less documents on the Holocaust than Jonas Noreika.

I was sentenced to 3 months of prison, and they ordered to me to pay the price of the Nazi plaque in the amount of € 2,242. Mayor of Vilnius Remigijus Šimašius ordered to restore the Nazi plaque on the 10th day after the destruction, and now he attempts to arrest my property in Israel in order to cover his Neo-Nazi costs.

After getting the 3 months prison sentence, I escaped from the police, converted all my money into Bitcoin in order to avoid payment of the Šimašius costs, and appealed to the United Nations Human Rights Committee. After that I uploaded the video of smashing the Nazi plaque as a non-fungible token (NFT), and it became the very first political protest NFT in the history of blockchain.

My strategy was to appeal to the United Nations, and not to the European Court of Human Rights, because Lithuania succeeded to appoint Neo-Nazi Egidijus Kuris as a judge to the European Court. He is infamous for a statement that Lithuania should not execute decisions on human rights taken by the United Nations, because the majority of the UN people come from Third World countries, while Lithuania is a White First World country. He also stated that Lithuanian Nazis were “the soul and the body of the Lithuanian nation” during World War II. 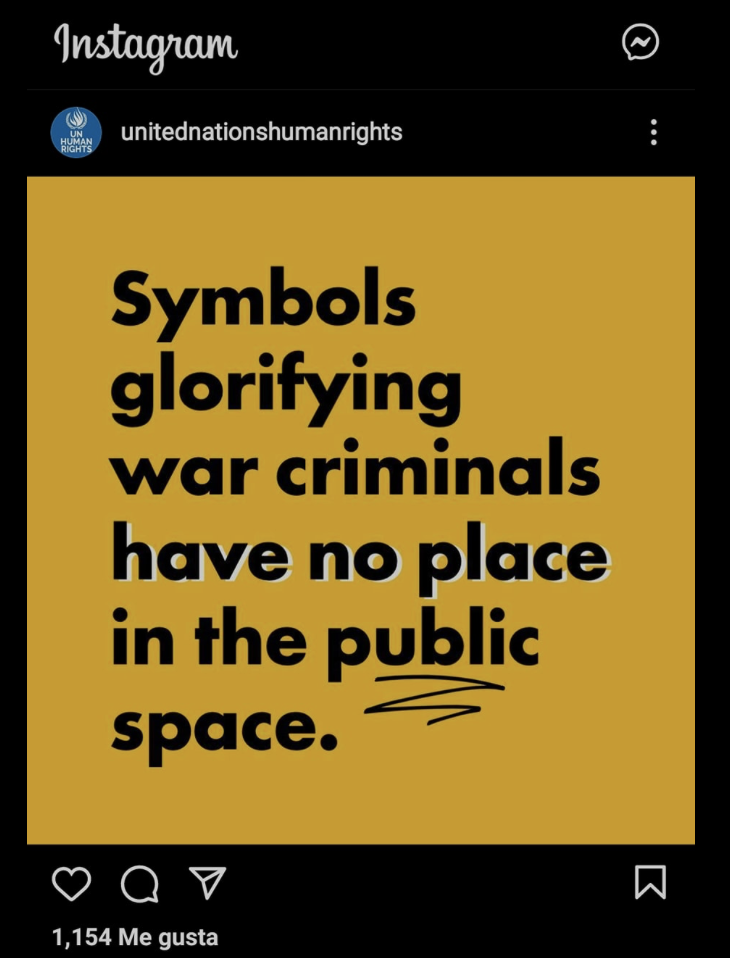 We had three exchanges of views with the Lithuanian Government before the UN. Government’s representative Karolina Bubnytė-Širmenė was so crazy that she even asked the UN to prohibit me from writing complaints to the UN until the end of my life. She asked that 12 times.

Lithuanian agent Bubnytė-Širmenė did not attempt to deny the crimes of Jonas Noreika. She insisted that this is an internal matter of Lithuania, and the United Nations have no right to consider this kind of issue.

Bubnytė-Širmenė insisted that all the Lithuanian Nazis from WWII (Noreika, Škirpa, Ramanauskas, Landsbergis, Ambrazevicius, Krikštaponis, Žemaitis, etc. who murdered 220,000 Jews) merit to be contemporary national heroes of Lithuania. There should be monuments to them, the streets, schools and even 2 universities should be named in their honor.

The woman is so Lithuanian that she even found jokes of my Facebook friends about COVID-19, and sent those jokes to the UN in order to ask the UN to punish me for their sarcastic opinion about the pandemic. I cannot stop laughing.

Remember that woman, because she will become the next judge sitting at the European Court of Human Rights, or a coordinator of the EU for commemoration of the Holocaust. I’m talking seriously.

Neo-Nazism is a much more serious problem than you might believe. It starts from underdeveloped, extremely poor and insignificant countries like Lithuania, but it spreads like cancer. In 1933, nobody believed that Hitler would start the Holocaust. If neo-Nazis won democratic elections in the contemporary Lithuania, they can also win democratic elections in Germany and France in several years.

Visit my NFT to watch how I smashed the Nazi monument.

So, the exchange of views is closed, and the United Nations went to decide.

About the Author
One of world leading lawyers in litigation at the United Nations judicial bodies, the European Court of Human Rights, the ICSID & UNCITRAL Investment Arbitration Tribunals. Professor of international arbitration law at the Russian New University (Moscow), Eurasian Academy of Law (Almaty), and Narxoz University (Almaty). PhD in law of the University of Paris I Sorbonne. Polyglot speaking 16 languages. Theoretician of Critical Legal Studies, postmodernism of law, judicial shamanism, post-law, post-truth and postness. Lawyer no. 116 at the Russian Foreign Lawyers Registry. The most hated lawyer by the contemporary Lithuanian neo-Nazi regime. Email: stanislovas.tomas@gmail.com
Related Topics
Related Posts
Comments