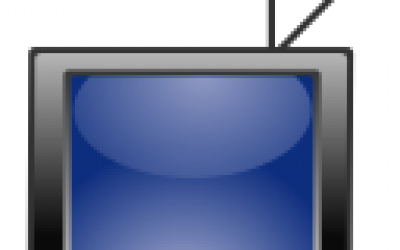 Back in the day, when my children were young, I would sometimes join them when they watched certain programmes on Children’s TV. One of these was ‘Zehu-Zeh’ (That’s It), which tried to amuse, entertain and educate by means of little skits, songs and quizzes. Let’s face it, most of the programmes on Children’s TV were noisy, gaudy American imports, with little or no educational content, though of course Sesame Street was the exception that proved the rule.

Now that we’re undergoing a period when there are few programmes anywhere – whether for adults or children – that are not noisy, gaudy as well as being full of violence, tension, murder and mayhem, it has become increasingly difficult to find anything on TV that is enjoyable to watch (if you are over sixty and slightly out-of-step with current trends).

So it was with a sense of curiosity mixed with hope that I started watching the current revival of the erstwhile children’s programme, Zehu-Zeh. It was brought back in order to raise general morale at this difficult time of Coronavirus lockdown. It is broadcast in the evening, which means that it is certainly not intended for children. The actors participating in the modern version were also involved in the original one, though they are now understandably somewhat older and less agile but still recognizably themselves and still able to hold a tune and even sing in harmony, thank goodness. As they did then, even now they still seem to have a penchant for cross-dressing, which they do very well, adding an extra touch of humour to the show.

This time round, though, the focus is less on education and more on entertainment, and to be more specific, humour. Sometimes the script is better and sometimes worse, but the five main participants are still consummate actors and know how to deliver their lines to maximum effect. In a recent episode there were some excellent examples of what can only be described as biting political satire that had me laughing out loud and hastening to repeat the gems I had witnessed to my nearest and dearest.

The various much-hyped films and TV series involving tension, high-speed car chases, action and violence are not my cup of tea, and I continue to resist all enticements aimed at getting me to watch them. At a time when the whole world seems grim, grey and dark such fare is not what I need to lighten my mood.

And so, with disaster lurking around every corner, my only consolation is laughter, and I salute all those who are endeavouring to bring us some joy and relief from the grim reality of life.

Keep up the good work, chaps, and more power to you in continuing to keep the laughter flowing.