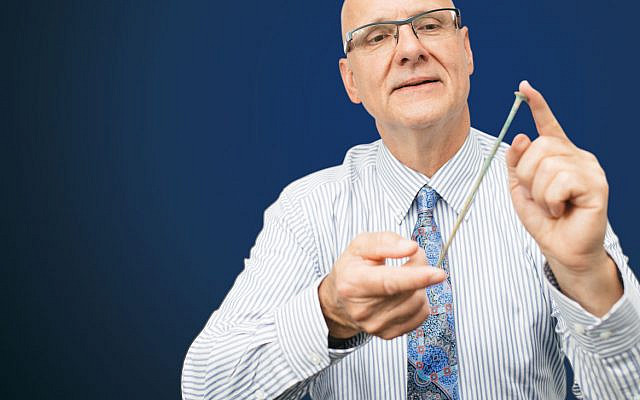 I knew right away he would hide Jews from the Nazis. He wouldn’t think about it. It’s who he is. I often wonder who people would be in Nazi Germany, even Auschwitz. Most Jews I know do the same exercise.

While teaching at a liberal arts college, I just finished my PhD. I was planning to go to law school at semester’s end when Professor Jon Armajani pushed me to apply for a position at Gettysburg College in Jewish Studies. I had no plans to apply for an academic appointment. Not only that, but I felt destined to rescue capitalism from the emerging mercantilism of multi-billion dollar companies, e.g., Walmart. He told me all about this Professor, Charles “Buz” Myers, speaking of Buz like he was the 2nd coming. I applied just to stop the conversation. I was soon called by Buz and interviewed over the phone with members of both the Religious Studies Department and the newly put together Jewish Studies committee. Zoom was not a thought. I did alright. They invited me to a campus interview, the equivalent of making the NCAA final four.

The first person I met at Gettysburg was Buz. I was wary of meeting him. He had devoted his career to figuring out a dead Jew, Jesus of Judah. I knew already that Buz was not only a Professor of biblical history, but an active Presbyterian minister. I was quiet as he spoke to me at breakfast. Likewise, I learned that Buz’s awareness of Judaism directed him to help ensure living Jewish voices aren’t absent from academic discussions/curriculums.

Before it became popular to state, Buz worried courses focused only on dead Jews, not living ones. I was stunned! I knew and know many American and European professors who absent Jewish past & present voices, not to mention contemporary Jewish concerns, while climbing all over dead Jews to advance their careers. Buz wanted Jewish Studies at Gettysburg to show Jewish life, Judaism as a civilization, not only a religion or mere support for Christian (Western) civilization. He explained that the term Judeo-Christian reflects the colonization of Judaism, taking its face and distorting it. I had such thoughts, but never heard them from a non- Jew. He’s still one of the only non-Jews I have heard speak this way.

I have no doubt Buz would have been executed by the Nazis like Dietrich Bonhoeffer, Sophie Scholl and others in the white rose. Over the decades I have watched him fight against Jew-hatred on all fronts while devoting much of his spare time to working with socially unlovable Christian criminals never leaving jail, e.g., murderers.

Getting Jewish Studies at Gettysburg College may not sound like a big deal, for who cares about what happens to Jews and Judaism at a bucolic American liberal arts college? Buz did. Buz’s activism is all the more special when considering that Gettysburg is freedom’s fountain in the U.S. This is where Lincoln gave his Gettysburg Address, one of America’s most sacred writings. It becomes more incredible that my employer has Jewish Studies when considering that Gettysburg is a Lutheran affiliated school. As many know, Lutherans have to look far and wide to find heroes in Nazi Germany.

Buz and others offered me the job. What an opportunity to help a Lutheran affiliated school include Jewish Studies. I imagined going to the shtetls of my grandparents and telling them I’ve been hired to teach their enemy. Very rarely does one get to be a part of changing history.

I told my parents when offered the job that I was postponing going to law school. The opportunity to introduce Jewish Studies at a Lutheran affiliated school overwhelmed me. Martin Luther made sure to  absent, even erase Judaism and Jews from all discussion. His fingerprints are all over the Shoah. This was not lost on Buz. But fighting for Jews was a small part of his life. Working with students has been his life.

Buz’s legacy is one of having changed thousands of lives in four decades of teaching, a legacy that includes taking students to prisons as educational tutors for prisoners. It took great time and effort to get permission to bring in students year after year.

Buz is the only Professor in the history of Gettysburg College to win the undergraduate teaching award in four different decades. He spends countless hours with students—five days a week—helping them pick classes, talk about their classes or life’s challenges. He embodies what parents want when sending their children to a liberal arts college, perhaps most the unique type of higher education for students.

I asked to see letters Buz spoke of receiving from past students who have heard about his retirement. One who graduated ten years ago wrote: “thank you for being the best first professor I could have asked for when I started at Gettysburg College almost 10 years ago. Your class may have been titled “Death and the Meaning of Life,” and while it’s hard to think you’ll learn more than the meaning of life in a semester long class, it really taught me the skills I used everyday in college and now in the workplace and set me up for success.”

Another student wrote 12 years after graduating: “I consider my choice to study religions – and the patience, guidance, and support you provided me along the way – as one of the greatest and most daring choices I’ve made and one that, without question, altered the trajectory of my life. There will never be enough times or ways for me express my gratitude for the education that you provided and guided me toward.

11 years after graduation, a former student wrote: “You are my absolute favorite professor at Gettysburg. You revolutionized the way I understand the Bible. I remember taking the Bible and Modern Moral Issues with you and it just blowing my mind. I still have the Bible we used for the Gospel of John class – it’s hard to read through all my notes! And I distinctly remember our trips to the prison which ended up being such a moving experience.”

A student from 8 years ago wrote: “Thank you for everything you have done for me – taking your Courses quite literally changed my life. I tell the story often about how important my college academic advisor was in shaping my life – there are not enough words to say thank you for the impact that you had on me.”

Buz’s colleague and former student, Gettysburg Professor Ian Isherwood told me: “My sophomore year (1997-8) I took Buz’s New Testament course in the fall semester. About halfway through the semester, I learned that my mother was diagnosed with breast cancer. I went to Buz to ask for a paper extension and for some flexibility as I knew I would have to go home to Pittsburgh to visit family. I was also very scared and was emotionally exhausted. I grew up Presbyterian and I knew that Buz was a minister in that denomination. When I met with him I felt a sense of calm and he demonstrated incredible empathy and compassion for my situation. We talked about God, about sickness and death, and he gave me counsel that I did not expect but very much needed. I did not feel comfortable talking to my peers about my situation, but what I found in Buz was an adult who treated me kindly and took my feelings seriously. He was the very definition of pastoral care. My mother recovered from that bout of cancer and for next two years he asked me – every time he saw me – about her health. Buz is an inspiration as a teacher but even more so as a human.”