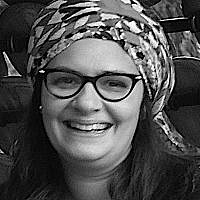 The Blogs
Anna Harwood-Gross
Apply for a Blog
Please note that the posts on The Blogs are contributed by third parties. The opinions, facts and any media content in them are presented solely by the authors, and neither The Times of Israel nor its partners assume any responsibility for them. Please contact us in case of abuse. In case of abuse,
Report this post.

Between 20 to 30 percent of healthcare workers will “burn out” or become ill themselves during the current coronavirus epidemic, according to Andreas Nordstrand, clinical psychologist and research officer in the Norwegian Armed Forces.

In my capacity as director of research at METIV — the Israel Center for Psychotrauma, I spoke to Nordstrand extensively and he explained how he is formulating a comprehensive brief for the Norwegian healthcare system on this matter. He explained how his background in military psychological care and his clinical work with refugee aid personnel in Sicily has given him insight into the stress management techniques also demonstrated in research on epidemic management such as in the Ebola crisis in 2014-2016.

Until last week, Nordstrand was working with soldiers suffering from PTSD and researching stress management with troops. When local hospitals discovered his expertise, they recruited him to produce guidelines, based on epidemic literature, to best support their healthcare workers. What he found surprised him – stress management during epidemics is very similar to the techniques he already uses in the military. “For me, it helps to structure it … on three levels,” Nordstrand explained. “Things people can do for themselves; things that the healthcare service can provide; and things that mental health practitioners need to facilitate.”

Nordstrand said that during the Ebola outbreak, one of the most successful interventions was increased psychoeducation, explaining to healthcare workers what stress could do to them and how it could be managed. He referred to stress management techniques, which will be familiar to many, such as exercise, meditation, and relaxation but he also explained the importance of self-monitoring.

Nordstrand uses a color code of mental awareness which is common for measuring stress levels in the military and police forces and compares it to the drive to work. “White, would be when you get up in the morning, unprepared and unready to take action,” he said. “Yellow, as you get in the car to go to work, would mean that you are relaxed but alert, you have good situational awareness but by red, when a car is hurtling towards you, you are in action mode, you are focused on the job at hand, but very alert and can potentially avert an accident.” 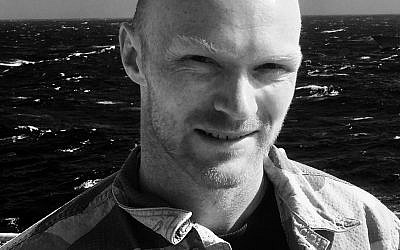 When stress levels rise too high, one enters the black zone, a state of panic where there is a breakdown of physical and mental performance. By teaching professionals to monitor their color code, not only are they able to receive appropriate help, they are also practicing mindfulness – the practice of self-awareness, to the current moment, in a non-judgmental manner – known known to reduce stress among practitioners.

This awareness enables the practitioner to engage the “thinking” and “awareness” parts of the brain and lower the response of the emotional, panicking, fight-flight-or freeze response, he said.

Within the healthcare service

Comparing the healthcare service to that of the military, Nordstrand explains that there are high levels of guilt at times of epidemic, akin to times of war.

When hard decisions need to be taken (and sometimes mistakes made), when sub-optimal care needs to be given because of lack of funds or when worries of infection distance healthcare workers from their patients, a sense of hopelessness, guilt and despair can develop.

“One way of dealing with this in the military…is encouraging social sharing following a shift….to create a group responsibility rather than individual responsibility, to share the burden” Nordstrand said.

He explained that guilt, a social emotion, often distances us from those around us. By creating a practice of sharing and understanding one can reverse the social distancing created by the guilt burden. “After two years of psychosocial work with refugees in the Mediterranean…with coastguards and police who work with so much helplessness and despair,” Nordstrand added, “another thing we noticed was that having a leader, someone who monitors his personnel and can shift people from highly emotionally taxing roles to less taxing roles throughout the day, significantly reduced levels of burnout.”

Understanding the mechanisms behind such reactions is crucial in educating team leaders in best helping their team and also hospital administrations in putting the correct protocol in place to best support the entire infrastructure.

Nordstrand highlighted the crucial role of mental health workers in keeping the medical team afloat and refers back to fighting the 20-30% burnout and infection rate among healthcare personnel in addition to fighting the disease.

Maintaining the medical system’s physical and mental wellness is crucial in the battle against this deadly disease. The challenge now is to see whether Nordstrand’s recommendations catch on in Norway and whether we in Israel are equipped to deal with the psychosocial needs of our medical warriors.

About the Author
Anna Harwood-Gross is a Psychologist and the Director of Research at METIV-the Israel Center for Psychotrauma in Jerusalem.
Related Topics
Related Posts
Comments