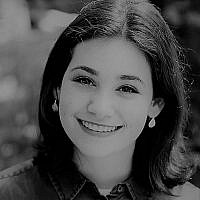 The Blogs
Batya Miriam Perlman
Apply for a Blog
Please note that the posts on The Blogs are contributed by third parties. The opinions, facts and any media content in them are presented solely by the authors, and neither The Times of Israel nor its partners assume any responsibility for them. Please contact us in case of abuse. In case of abuse,
Report this post. 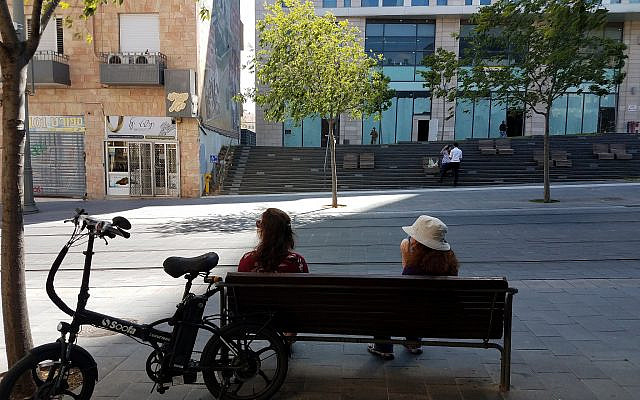 Isolated Yaffo Street during COVID19. Captured by the author and posted with her permission.

I can only learn about relationships by being in one.

It is with this thought that I allowed my heart to both numb and soften at the same time after my recent breakup, when I found myself with high hopes that crashed very quickly. Even so, I kept the pictures and memorabilia, because they hold memories of things I felt and learned that I cherish. I don’t know if I want to let go of them yet. My heart broke, but hearts don’t break shut; they break open, as I recently read in Pamela Dunn’s book, It’s Time to Look Inside.

I don’t think a broken heart is bad; is just feels impossibly fragile. And to live with such fragility, to hold on to openness, takes super human strength that I’ve yet to find in myself. I’m still learning to respect heartbroken sincerity as strength and not weakness.

Somewhere between breaking open and shutting down, my heart tasted how good it felt to be taken care of. I trusted more than I had before, I shared more and expressed deeply, without shame. The relationship brought out a softness that was dormant, and I became more peaceful, spontaneous and open to receiving love.

But we broke up and I closed up, and all the goodness was overshadowed by sadness and anger, which is ultimately just masked pain, if we’re being honest.

It’s been a few weeks now, trying to open up again, but it’s different than other times when I’ve felt numb, because this time, I’m not trying to do anything except be. I started saying no to everything that feels like pressure to me. I don’t feel like socializing… so I pretty much don’t. I don’t say yes to extra commitments. I don’t push myself to exercise or get up earlier than necessary or take on new projects. I work just enough to make the money I need. I space out when I want to. It’s an unfamiliar and confusing experience for me, as someone who cares deeply about making a difference to people and being productive.

I realize that this numbness has much less to do with a short lived relationship and more to do with the way I perceive the world as a place that is challenging to survive in. I don’t let myself get too comfortable with nearly anyone or anything because I preempt goodbyes. And the truth is, this reality I live in is killing me. It’s draining me of pleasure and energy and, most importantly, of trust.

When I write that, I mean so much more than sharing my secrets. I means leaning on others and trusting them to support me, and believing that I, and all people, am/are incredibly loved, not just by people, but most importantly, by Hashem. I believe it. I do. I write about it all the time. But I don’t believe it enough to take the leap into the unknown without trying to control it. That’s next level mastery.

Recognizing how much I have to learn in the areas of letting go and receiving, I decided to stay in America for longer (having arrived in August for my brother’s wedding). This was possibly the most humbling decision of my life, because it means leaving behind the life that I’ve worked so hard to build for myself in Israel, postponing my studies at the risk of losing my scholarship and admitting that I can’t do it all on my own. I hope to go back next year, but there is nothing to prove either way. The sense of failure I feel is only from internal expectations.

So, I’m putting a pause on the pressure, working on receiving and learning to love. It’s an old challenge with new faces. I’m starting off simply by letting go of old thought patterns and listening to what is really important. I’m finding that receiving is synonymous with pleasure – it can feel just as good as giving. Not only that, but receiving gives me the energy to give back.

Doing things when I’m ready to is actually giving me more motivation. It’s not that I’ve stopped pushing, I’m just not pushing for success in the typical use of the word; I’m pushing to get to know my soul.

Chevi Garkinkel, in one of her classes on TorahAnytime.com, questioned why our holiest place of prayer these days is the Western Wall, the Kotel. A wall would seem to symbolize disconnection, while the Kotel represents the opposite.

“Engage with Hashem at the wall,” she said, and it gave me strength to recognize that the walls inside my heart are exactly the channels I need to connect to my creator.

And for any other perfectionists out there who are feeling numb, hurt or untrusting, Chevi shared one other thought, this one regarding Chanuka. You know how the Jews only had one flask of oil, but it burned for 8 days? Well, they didn’t know that a miracle would occur, so why did they bother lighting it to begin with, knowing it was just enough for one day?

In her answer lies the key to connection: They lit it because that’s what they had. They gave Hashem their all, knowing that that is all Hashem asks for: not an objective 100% but a personal 100%. “Hashem wants our hearts,” writes the author of the most famous kabbalistic text, the Zohar. So, if your tank is only filled up 20%, and you dedicate that 20% to Hashem… then you’ve given Him your all. We don’t get to decide how much oil we’re given, only how we use that oil. I can only control if I serve Hashem, not how.

If you’re feeling closed up, know that you’re not alone in the struggle to soften. It’s a protective defense to close up when there’s pain, and it’s so brave to stay soft in the face of emotional challenge. It is powerful and truthful to face ourselves with sympathy and gentleness. Life is sweet, it just takes some time to digest.

Wishing you inner peace on your journey to yourself

About the Author
Batya Miriam Perlman was born in Israel to American parents, and spent the majority of my childhood in Baltimore, surrounded by her 7 younger siblings. She grew up Orthodox, attending a small school down the block, but veered off the typical path by taking the GED at 16 and beginning college that year. Since then, she has graduated with a Bachelors of Science, fulfilled her dream of making aliyah, and currently attends Mayanot Institute of Alternative Medicine, studying Traditional Chinese Medicine.
Related Topics
Related Posts
Comments