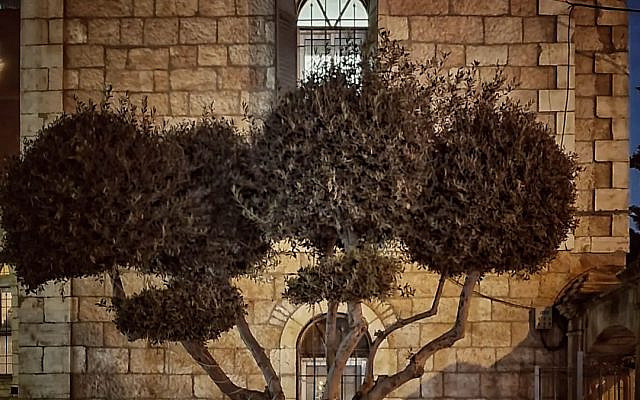 When the Torah relates that Abraham’s wife Sarah died in the City of Hebron, it actually uses an alternate name for the City of the Forefathers: “And Sarah died in Kiryat Arba, which is Hebron…” (Gen. 23:2). The Bible repeats this identification of Kiryat Arba with Hebron several times (Gen. 35:27, Joshua 14:5, 15:13, 20:7, 21:11, and Judges 1:10), making sure that we realize that the two names refer to the same place. The Midrash (Bereishet Rabbah 58:4) tells us that this city has four names, i.e. the two mentioned above, plus Eshkol and Mamre. In this essay we explore the possible meanings and etymologies of the city’s various names, while discovering some interesting points about the history of Hebron.

The city Hebron is seemingly mentioned in the Amarna letters and in Egyptian hieroglyphic inscriptions, where it appears as one of the important centers of the Land of Canaan. The name Chevron seems to be derived from the Hebrew/Semitic root CHET-BET-REISH, which means “connection” or “friend.”

When discussing the relationship between G-d and Abraham, the Midrash (Bereishet Rabbah 88:13) calls the latter “G-d’s chaver na’ah” (“nice friend”). Rabbeinu Efrayim (to Num. 13:22) notes that the gematria of Chevron equals that of chaver na’ah; thus the very name of Hebron alludes to its most illustrious citizen — Abraham. Additionally, Rabbeinu Efrayim (to Gen. 37:14) notes that the gematria of the name Chevron equals that of the phrase “this is Abraham” (=266). These explanations are paralleled in the Arabic name for the city of Hebron — al-Khalil, which literally means “the friend [of G-d]” — another obvious allusion to Abraham.

Hebron also appears in the Bible as the proper name of Moses’ and Aaron’s uncle, as the Bible reports that their grandfather Kohat had a son named Hebron (Ex. 6:18, Num. 3:19, I Chron. 5:28, 6:3, 23:12). Rabbeinu Efrayim takes this name as an allusion to the role of the Kohanim, who officiated over sacrifices, hence forging the connection (chibbur) between the Jews and their Father in Heaven, and who would consume holy foodstuff in “groupings” (chaburahs).

Additionally, Rashi (to Gen. 23:2) synthesizes the second and third explanations cited in the Midrash by explaining that Hebron is called Kiryat Arba because of the four couples buried therein.

Rabbeinu Bachaya Ibn Chalava (1255-1340) and Rabbi Yehuda Ibn Chalava (a son of the famous 13th century scholar Maharam Chalava) offer another explanation: Hebron is related to the number four because it was inherited by the Tribe of Judah, whose patronym was Jacob’s fourth son.

Elsewhere, Rashi (to Joshua 14:15) takes a totally different approach to understanding the name Kiryat Arba. He writes that the word Arba should not be understood in the sense of “four,” but should be taken as a proper name. Hence, Kiryat Arba means “City of Arba.” Rashi explains that Arba was the name of the father of the three giants associated with the city. Those three giants were slain when the Jews conquered the Holy Land (Num. 13:22, Joshua 15:14, Judges 1:10). This basic approach is also adopted by Daat Zekanim (to Gen. 23:2) and Ibn Ezra (there). Rabbi Abraham Maimuni (1186-1237) similarly writes that Arba was either the founder or first king of the city. By the way, the king of Hebron in Joshua’s time was named Hoham (Joshua 10:3). 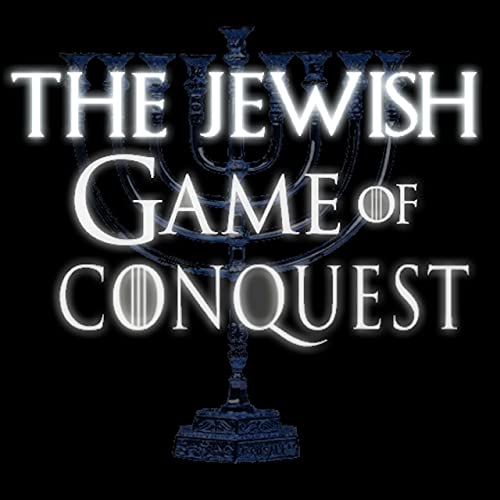 Join Rabbi Klein’s podcast series about different cities in the Land of Israel, as he discusses the history of those cities, the reasons behind their name, and why they are significant to the Jewish People.

Rabbi Avraham Menachem Rappaport (1520-1596) points out a problem with explaining Kiryat Arba as a reference to a person named Arba. He notes that in Genesis 35:27 the city is referred to as Kiryat Ha’Arba, with the definite article ha (“the”) prefacing the word arba. He notes that if Arba was a proper name, the definite article would be inappropriate. Thus, the presence of the letter HEY before the word Arba suggests that that word must be read as a common noun (“four”), not a proper noun (“Arba”). Other scholars suggest that the name Kiryat Arba is of non-Semitic origin, and originally had nothing to do with the number “four” or a giant named Arba.

Rashi (to Gen. 35:27) partially circumvents this problem by explaining that in two-word names the definite article sometimes appears in the beginning of the second word, even though it applies to the entire two-word compound. Radak (there) also seems to address this issue by explaining that the definite article is appropriate there because Hebron is named Kiryat Arba for two reasons: because of Arba, the father of the giants, and because altogether four giants ruled the city. Thus, since the word Arba in the city’s name also means “four,” it can be preceded with the definite article.

Interestingly, when the Ten Spies reported that they saw “sons of giants” on their scouting trip to the Holy Land, Targum Jonathan (to Deut. 1:28) renders the verse “sons of Ephron the giant.” Now, Ephron was the name of the man from whom Abraham purchased the Cave of Machpela in Hebron (Gen. 23, 25:9, 49:29-30, 50:13). What does Ephron have to do with the giants who lived in Hebron?

Rabbi Dr. Moshe Zidel (d. 1971), a student of Rabbi Avraham Yitzchok Kook (1865-1935), speculates that Targum Jonathan understood that Ephron and Arba were the same person. He justifies this from a linguistic perspective by noting that the root of the Hebrew word arba (“four”) is REISH-BET-AYIN. This is seen in the ordinal form of the word, revii (“fourth”), in which the initial ALEPH is dropped. Accordingly, Rabbi Zidel posits that arba relates to the root AYIN-PEH-REISH (“dust”), which is at the core of the name Ephron, by way of metathesis (i.e., rearranging the consonants) and the interchangeability of the letters BET and PEH. Moreover, the Akkadian word turbu’u means “dust” and its root is equivalent to the Hebrew REISH-AYIN-BET. A possible Hebrew cognate of this word (rova) seems to be twinned with the Hebrew word avak, which also means “dust” (see Num. 23:10). Based on all this, to Rabbi Zidel it makes sense to say that Ephron and Arba are the same person. (However, Tosefta d’Targum and Peshitta to Joshua 15:13-14, 21:11 explicitly identify Arba with Tzochar, the father of Ephron, and the three giant brothers as Ephron’s sons; see also Rabbi Chaim Kanievsky’s Taama d’Kra to Gen. 23:8.)

Taking this a step further, Rabbi Zidel theorizes that the very name Hebron is actually derived from the name Ephron, due to the interchangeability of the letters AYIN and CHET, as well as BET and PEH. Accordingly, the names Kiryat Arba and Chevron are both alternate ways of associating the city with Ephron.

In contemporary times, Kiryat Arba refers to a Jewish settlement outside the city of Hebron proper.

As mentioned above, Mamre and Eshkol are both alternate names for Hebron/Kiryat Arba, but they are also the names of Abraham’s comrades (Gen. 14:13, 14:24). The Bible identifies the place named Mamre with Hebron and Kiryat Arba (Gen. 23:19, 35:27). On the one hand, it seems from a literal reading that the Plains of Mamre are in Hebron (Gen. 13:18), but not synonymous with it. Alternatively, Rashi (to Gen. 35:27) explains that Mamre is the name of the plain in which Hebron is located. Rabbi David Zvi Hoffmann (1843-1921) theorizes that the city was originally named Elonei Mamre after its warlord Mamre, and it was only later when the giants conquered it that it assumed the name Kiryat Arba.

In describing the Ten Spies’ itinerary, the Bible reports that they travelled to Hebron (Num. 13:22), but in the very next verse relates that they arrived at Nachal Eshkol (Num. 13:23). This suggests that Eshkol is an alternate name for Hebron, as intimated by the Midrash cited earlier. The Bible explicitly records that Nachal Eshkol was called so because the Ten Spies took an eshkol (“cluster [of grapes]”) from there (Num. 13:24). Rabbi Chaim Kanievsky explains that even though the site was already known as Nachal Eshkol when the spies arrived there, the city’s original name was a tribute to Abraham’s colleague Eshkol, whose name is spelled without the letter VAV. Because of this, the place-name Nachal Eshkol is initially spelled sans the letter VAV, but in subsequent instances of that name it is spelled with the letter VAV, in allusion to the aforementioned “cluster” of grapes. 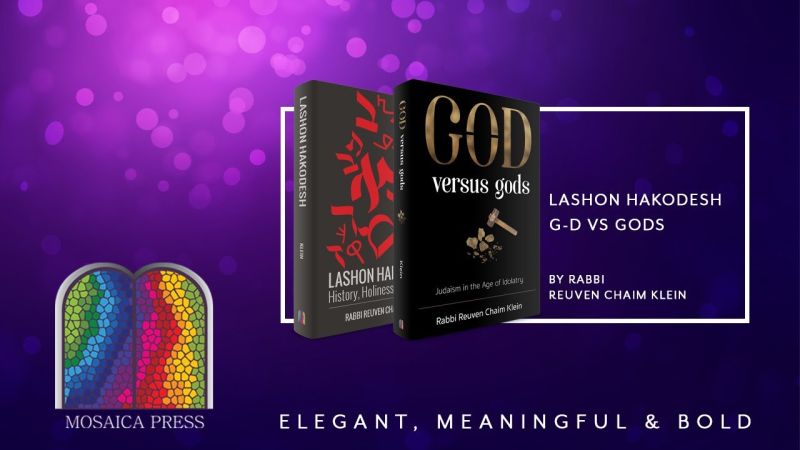