I finally got to meet you today. Well, a meeting of sorts. I came to join with hundreds of others to escort you on your last ride… on a gurney. To your grave. We’ve been friends for so long yet never spoke face to face. Now we never will.

Of course, I knew your photography long before we’d ever spoken. The way you could coax out of the most ordinary people in Jerusalem what was actually quite extraordinary, and then translate it to the public via beautiful photos and moving text. Humans of Jerusalem is your legacy. 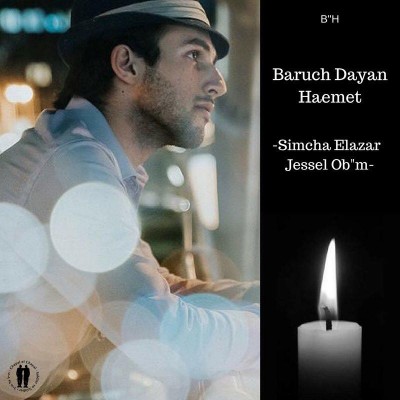 But Simcha, that’s not all you did; you were a force of nature. If you had an idea, you would do whatever it took to see it through. You were driven. Sometimes to a fault. But no one could fault you for your genuine desire to help people, to do the right thing, and to channel all of the energies at your disposal. People respected your motivation as it was always coming from such a good place.

Simcha, you brought people together. We connected when you reached out to me. You realized that the power of social media would be exponentially greater if efforts were pooled. You went and united Jewish social media powerhouses with the idea that each of us have reach. By channeling our strengths together, you believed our reach would be tremendous. You were right.

You put this idea into action many times, most notably in a campaign to help those affected by the fires last year. You didn’t hesitate, and through your drive and the strength of the team you assembled we were able to make things happen. You made things happen.

Simcha, you straddled many worlds, you felt comfortable with everyone. With everything we hear lately about the haredi and secular divide, it was nonexistent at your funeral. There was every kind of kippah, and none. Haredim standing side by side with soldiers. There were men and women. Younger and older. So many when asked what their connection was to you, they said, “I was Simcha’s friend.” Just as I was. 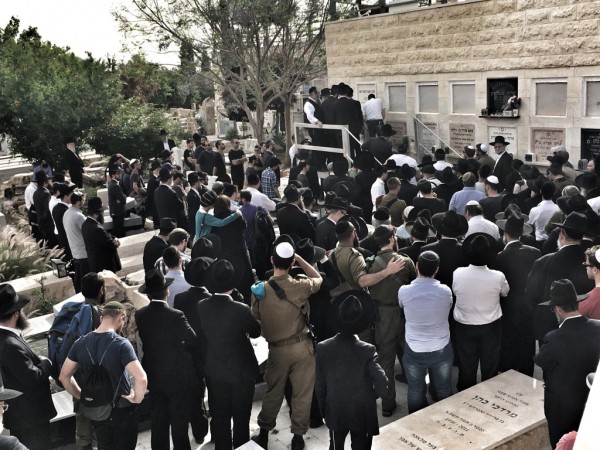 In the middle of the funeral about 20 motorcycles rumbled in. The riders parked and made their way over to the crowd, deep grief etched on their faces, helmets in hand, armored riding jackets on. Wearing the same type of protective gear that failed to protect you…

Your younger brother said that people like you can change the world. Indeed, I believe it. Maybe the world just isn’t ready…

We never met in person, Simcha, but we came so close. A few days before you died we crossed paths. We were each in a hurry, walking in opposite directions. As we passed we looked at each other with recognition, but we didn’t stop. I realized it was you just a moment later. But I didn’t take that final first chance I had to say hello. And now I must say goodbye.

I woke up this morning to heartbreaking news. The world has lost another special soul, this time it is our friend Simcha…