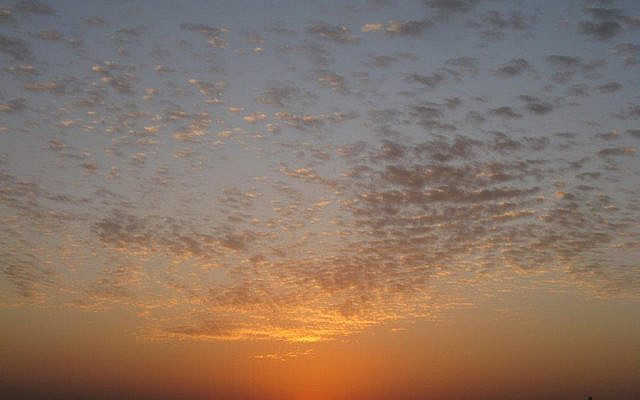 Then Yaakov gained the upper hand in his struggle against Esav’s angel, the angel asked to be released, saying, “Send me away, ki alah hashachar — for the morning has arisen” (Gen. 32:27). Shachar lends its name to the daily morning prayers, shacharit. Shachar, in the sense of “morning,” appears some twenty times in the Bible, although this pales in comparison to boker (“morning”), which appears more than 200 times. In this essay we will shed light on the difference between the words shachar and boker, as well as their Aramaic counterparts.

The Malbim (1809-1879) and Rabbi Shlomo Aharon Wertheimer (1866-1935) explain that boker stretches from haneitz hachamah (“sunrise”), i.e. when the sun is visible on the horizon, until either four hours into the day or noon (see Berachot 27a). Essentially, the period of time to which boker refers begins at sunrise and refers to the entire morning.

[However, Rabbi Wertheimer somewhat retracts his position, given that the Talmud (Pesachim 4a) highlights Avraham’s zeal in following G-d’s command to bind Yitzchak by noting that he woke up before sunrise. This is somewhat problematic because the Bible writes that Avraham rose in the boker (Gen. 22:3), which according to the above explanation starts only at sunrise.]

In contrast, the word shachar refers to a point in time earlier than boker. It refers to the crack of dawn, which is even before the sun rises. Indeed, Rabbi Shlomo Alkabetz (1500-1580), the author of the famous song Lecha Dodi, writes that shachar is not just a synonym of boker. Rather, it refers to the first rays of light that break through the night’s darkness (hence, the English term daybreak).

Rabbi Alkabetz further explains that Psalms 22:1 compares shachar to an ayalah (“doe,” a female deer) that jumps swiftly and unexpectedly, just as the first rays of light shine forth suddenly without warning (while, conversely, the onset of darkness in the evening is gradual and not as sudden).

Moreover, the planet Venus is called ayelet hashachar — “the morning star” — because it is often visible in the early morning before the sun rises.

Rashi (to Ps. 22:1) explains that shachar means “morning,” and then cites Menachem Ibn Saruk that the word’s primary meaning is “examining, investigating, discerning.” For example, shocher tov (Prov. 11:27) refers to somebody who “seeks out” good. The Malbim explains that the type of “searching” connoted by the term shachar is consistent and persistent, just like the sun rises consistently every morning.

Ibn Ezra (to Gen. 1:5) and Radak (to Gen. 1:5 and in Sefer HaShorashim) explain that the basic meaning of the BET-KUF-REISH root from which boker derives is “seeking out/discerning/investigating.” Only in the light of day — which obviously begins in the morning — can one discern the difference between various objects. During the evening or at night, the lack of light makes everything appear mixed up and one cannot discern the differences between them. (This is why the evening is called erev, which also means “mixture.”) Thus, shachar and boker both mean “morning” as well as “investigating or probing” — a point made explicit by Ibn Ezra (to Ps. 63:2).

Other terms derived from the BET-KUF-REISH root include bikoret (“investigation/inspection”), bikkur cholim (where one “finds out” what state the ill person is in and what can be done to help him), bakar (“domesticated cattle,” which require attention and supervision), and boker (“cowboy” who attends to the cattle and “seeks out” greener pastures).

The root SHIN-CHET-REISH, which is at the core of the word shachar, is also used for other words. For example, the Bible uses the word shacharut (Eccl. 11:10) to refer to one’s “youthful years.” Radak in Sefer HaShorashim explains that just like the “morning” is the beginning of the day, so too one’s “youth” is the beginning of one’s lifetime. Alternatively, Rashi explains thatshacharut is related to shachor (the color “black”) because one’s hair tends to be blacker/darker in youth than in old age. Additionally, the prophet Yeshayahu describes something inexplicable as something “that has no shachar” (Isa. 8:20) because metaphorically-speaking it has no light shed upon it.

The Talmud (Yoma 29a) assumes that shachar connotes morning as the end of the night. Rabbi Wolf Heidenheim (1757-1832) explains that shachar is a cognate of shachor, because the light of dawn banishes the darkness of night. Alternatively, yet along similar lines, Peirush HaRokeach explains that dawn is called shachar because the sky is still partially black/dark (especially on the western horizon).

But more esoteric sources intimate a deeper explanation. The Zohar (Beshalach 46a) reveals that immediately before dawn, the pitch black night’s sky becomes especially overwhelming and the sun’s light must penetrate that thick darkness. The British writer Thomas Fuller (1608-1661) famously expressed this idea in English: “It is always darkest just before the day dawneth.” The Vilna Gaon (1720-1797) writes that the darkest part of the night is right before the crack of dawn, just like the exile will be most difficult immediately before the Final Redemption. According to this, shachar is related to shachor because the onset of morning breaks through the darkest or blackest point of the night.

The Zohar’s idea is quite empowering and inspirational, but how can we substantiate its claim from a phenomenological perspective?

Rabbi Moshe Shapiro (1935-2016) explains that the first ray of morning light overshadows the smallest stars and other weaker sources of light, making them no longer visible, as though they were “extinguished.” However, that first ray of light is so subtle that it does not provide any noticeable illumination by itself. Thus, right at dawn the sky appears to grow even darker — although, paradoxically, the increased darkness actually heralds the morning’s arrival. Others explain that the Zohar refers only to certain times of the month when the moon sets in the early morning before sunrise.

Rabbi Eliyahu HaBachur (1469-1549) points out that Targum Onkelos consistently, throughout the Pentateuch, translates both shachar and boker as tzafra. However, in the books of Job, Proverbs, and Psalms — which incidentally share a cantillation system that differs from the rest of the Bible — Targum translates boker as tzafra and shachar as kritzuta.

The word tzafra is the typical Aramaic word used in the Talmud for “morning” and, interestingly, Rashi’s way of saying “good morning” was tzafra de’mareh tav.

As opposed to Targum Onkelos, Targum Yonatan (to Gen. 19:15; 32:27) translates shachar as kritizin, while Targum Neofiti (there) simply Aramaicizes the Hebrew word shachar into shachara. Rabbi Moshe Kosover of Beit Chilkiyah suggests that the Aramaic word kritzuta/kritizin (“dawn/morning”)is related to the word kritzah, “winking”(Ps. 35:19, Prov. 6:13, and Yoma 19b). He explains that just as a wink is a small gesture that hints to something bigger, so too the dawn portends the imminent coming of daylight.