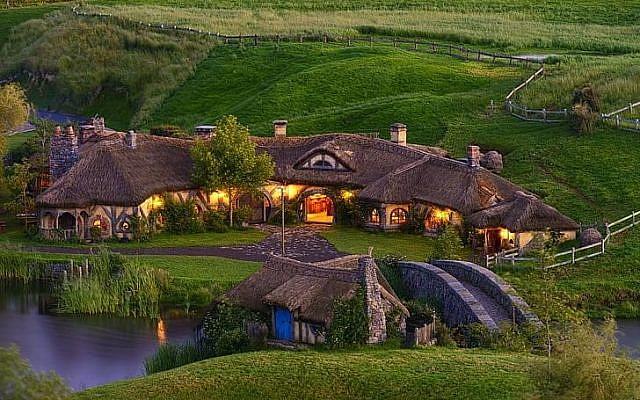 Chloe and I are sitting outside of a bar in Jerusalem.

The air is sweet.

She was born in Paris, but when she was seven, her family left.

“The cafes are nice in Paris,” she tells me. “But they don’t really like Jews over there.”

“I heard. I have a friend who hides his yarmulke under a baseball hat whenever he takes the subway.”

“It’s much worse now,” Chloe tells me. “But even when I was little, we could feel the shifts. And so we came here where we faelt it would be safe.

“Babe, I’ve been here since I was 7 – I’m 23 now. I’ve served in the army. This is my home. But, this is a fucked up country – I mean, I don’t like the government, but I love the people. the hard thing is, the people keep electing the government.”

That is a hard thing to reconcile sometimes. But Israel is not a normal country.

“But then again,” Chloe continues, taking a long drag on a cigarette, “I know that outside of Israel is not always safe. ”

“That’s true,” I say, thinking of the past and the present around the world.

“I know you like taxi driver stories,” she says to me. “I have one for you about that.”

“I was in Amsterdam,” she says. “Me and my friends. We came to smoke pot, and eat the cookies,” she laughs.

She has a great laugh. Her laugh sounds like tiny silver windchimes peeling in the wind. ” So, I was pretty stoned, I’ll admit. And I can’t tell you why – maybe it’s from my days in the army – I was in intelligence – but there was something about the taxi driver that worried me. But I needed to get home, and I was already in the taxi, but I still felt nervous and on edge.”

“Did you worry he would hurt you?”

“I don’t know why. My parents had warned me about being Israeli or Jewish in Europe. And I remembered what it was like in Paris. I guess, that memory was very deep for me, and I wanted to keep my identity a secret.”

I thought about times where I’ve done the same – once in Paris when I was twenty. Another time in London. I know when to shape-shift – to try to pass – not because I want to, but because I’m afraid of what will happen if I don’t.

I do this sometimes in airports -I have two passports: An American one and an Israeli one, and there have been times when I’ve only used the American passport because something tells me it’s safer to hide the other one.

Chloe takes a sip of her cocktail – she’s drinking something pink and fizzy garnished with a blood red cherry.

“Sooooo good,” she says. She offers me a sip.

Her drink tastes exactly like the way she laughs.

I’m drinking Laphroaig – someone once wrote that Laphroaig tastes like kissing a mermaid after she’s finished a plate of BBQ.

She wrinkles her nose when I offer her a sip of mine.

“Too smoky. It smells like a medical supply closet and not in a good way.”

“So what happened?” I ask her.

“Ok, so I knew I didn’t want him to know I’m Jewish, but he keeps asking me questions – where I’m from, what I’m doing, etc. I could have told him I’m from France, I don’t know why I didn’t. But I guess I was stoned, and so I told him I’m from New Zealand.”

“Sarah, I don’t know!!!” she says. “I was stoned! And I was nervous! I guess we were already speaking in English, so I wanted to pick a place that speaks English, and New Zeland is so far away, and I thought I could fake the account. And really, I was feeling weird, and all I just wanted to get back to my Air BnB where my friend was waiting.”

“He bought it. He actually bought it. And then he started asking me questions – he said ‘Oh, wasn’t the Lord of the Rings filmed there?’ and it’s like I’m having this werid out of body experience and I start making stuff up – like my mouth isn’t attached to my brain, and I’m just talking and talking and I’m all like ‘Oh yes, I actually was an extra in some of the scenes, but then one of the scenes was deleted, but if look carefully in the the parts with the shire, you can see me, blah blah blah,'”

I’m laughing at this point.

“Sarah,” she continues. “I’ve never actually SEEN the Lord of the Rings. I didn’t know what the HELL I was talking about, but what ‘s that expression? In for a penny, out for a pound, so I really got into the story”

“Well, I tell him all about being an elf, or a fairy or whatever, I described my costume, and was like ‘oh, I had on blue wings,’ I don’t know, and he’s asking me about sheep, and I don’t know anything about sheep, but I guess they have a lot of sheep in New Zealand, so I made up this sheep named Madelyn on my dad’s sheep farm. Sarah, my dad doesn’t have a sheep farm. I don’t know where all this came from, but I almost started to believe it. And then we pulled up to the Air BnB where my Israeli friend was waiting for me.”

“Well, my friend comes out speaking Hebrew, asking where I’ve been, if I’m stoned, what I want for dinner, you know typical Israeli questions, and the driver turns to me, and I swear I felt my heart stop for a second. It’s like his whole face changed – I thought he might be angry… But then he started to laugh, and laugh. He laughed so hard he began to cry. It was crazy!”

“I asked him if he was ok. ‘Why are you laughing?’ I asked him. Sarah, it was crazy, he didn’t stop laughing, and finally, he said, ‘Lama lo amart sh’at Yisraelit? Why didn’t you tell me you’re Israeli?’ And he asked me in perfect Hebrew. I was in shock. Then he was like, ‘You aren’t from New Zealand, at all right?’ And started laughing again. Anyway, I started to laugh too. ‘No, not even a little, and I’ve never seen Lord of the Rings, either!'”

“After he stopped laughing, he grew very serious,” Chloe continues. “‘Look,’ he said to me. ‘There are times when I’m afraid to let people know I’m Israeli,’ he says to me. ‘There’s a lot of anti-Semitism in this country and in the world, and there are times when I hide my Jewish Star — like right now, I’m not wearing it,’ he says to me. ‘But the thing is, when we do this, we don’t give people a chance to get to know us, and so they’ll keep believing the lies they hear about us.’ Anyway, I thougth about it, and he was right.”

“So, did you go around speaking Hebrew in the middle of the streets and singing Hava Nagilla and dancing the hora or whatever?” I ask her.

“No…” she laughs. “No, not always. It’s complicated. You know… there’s the ideal, and then there’s the reality. But he’s right. If people don’t meet us Jews and Israelis and get to know us honestly, how will they know that the things that people say about us are lies?”

She raises her glass. I raise mine.

“Here’s to being honest about who we are.”