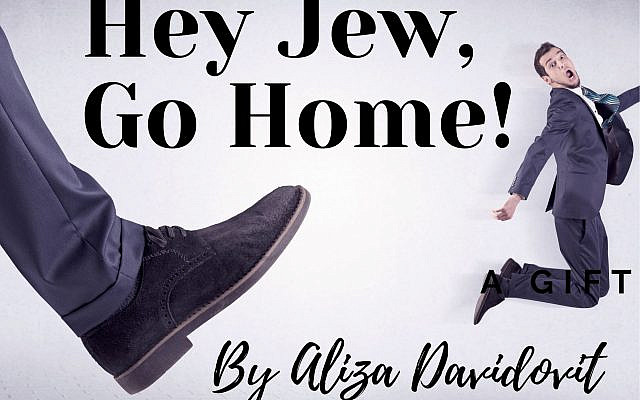 No matter how far away from home we go in life, either because we were running away or were lured elsewhere by our imaginings and the world’s trappings, something always drives us home. A family sickness, a funeral, sometimes even something good, but the road which brought us yonder also brings us home.  But when we return to the scene of our prime, the question is, “Will all those mirrors we once gazed in recognize us?” We are richer, skinnier, smarter, etc., how very lovely. But how much of our souls have we auctioned off to make it in this highly ornamented world of lies? Has our soul become a nobody, while we sought to be a somebody? “Mirror, mirror on the wall, surely you see I’ve had a great fall.”

And now I address the Jew in all of us, not the ever-fluctuating definition of Jew that serves our convenience. But rather, the Jew in us that stood at Mount Sinai. The Jew that told G-d, “We will do and we will listen.” He is so far from home. I know your upset the article pivoted because at first you liked where it was going just as you liked where your feet were taking you on your journey away from home. Because in truth, home hurts. It knows who we are; and we can’t fool it. But the mirror is up against all of us now and it’s time to look at ourselves, to look deep. The mirror is antisemitism, and it is doing once again what it has always done, reminding us that we are Jewish when we so conveniently forget and get caught up in all the trappings of the world. Perhaps we should ponder on the fact as to why they’re called trappings.

God freed us from Egypt, but we have successfully rendered ourselves into trapped slaves all over again. We are ensnared by materialism, by our citizenship in foreign lands and the temptations they offer, by our success and by our own stupid, moronic and pathetic egos. Not many resemble that Jewish soul that our feet took wandering through the dark crevices of exile.

A great nation blessed by G-d Himself, chosen for “monogamy,” has morphed into gross polytheists and selfish polygamists. Our sin is in trying so hard to fit in when we are destined and tasked to stand out. Hiding one’s Jewishness will not kill antisemitism, behaving Jewish will. How do I know? Because G-d told me. Don’t worry, no delusions of grandeur here, He told you too. But now, time is running out.  How many of our Jewish communities are now on high alert for threats. Mine is. Our faltering footholds are becoming strangleholds, and as always and as promised we are being forced back home. It is foretold that in the Messianic era there will be an ingathering of the exiles from the Diaspora.

It is a great awakening for those of us who ran from who we are and where we belong because we forsook our G-d and got seduced by a world of lies. In our high-tech modern world, we had no place for an ancient desert G-d. But the world isn’t lying anymore. The old masks have dropped, albeit now we wear new ones.  Anti-Semitism, the one virus for which no vaccine will ever be found, is flooding reasonableness, muddying our waters, building up pressure; and the dam will surely fall.  It’s spreading, it’s infiltrating and all our materialistic and institutional strongholds are exposed for what they are, vapors and illusions. We must look in the mirror and remember from where we come.

Our people attacked, our race forever blamed…and the right to “defend ourselves” is apparently a universal right that doesn’t apply to Jews. The irrational quality of Jew hatred should make us realize that something “irrational,” something exceptional, something beyond the physical reality we cling to, is at play. Rabbi Avraham Tanis says: “Man believes in himself and questions the Almighty, when really, we should believe in the Almighty and question ourselves.”

We have one G-d, one Torah, and one home: Israel. The burden of “never again” falls not to the nations of the world, but upon us. We learned from the smoke and ashes that when we hem and haw and falter, tomorrow is too late. Some adhere to the calling, others are stirred by the shouting. And so I now remember the words of Israel’s former chief rabbi, Meir Lau who evokes the two images of the Prophet Isaiah regarding the return of the exiles to Israel: the cloud and the dove. The cloud is moved by the external force of the wind; the dove has an internal homing sense that returns it to its land.

No matter what propels us, it’s time to go home. It’s time to return not just to the land that G-d gave us but also to Him and His Torah. For not even in the Promised Land with a million angelic voices singing Hatikva will we find hope, promise and peace if we dismiss the very land deed which bequeathed it to us, i.e., the Torah. Friends we’ve had our run, a long run of arrogance and rebellion; and then there were those who kept us running.  I’m tired of running. It’s time to go home before it’s too late.