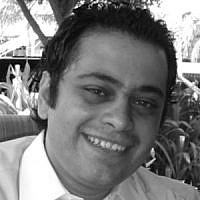 The Blogs
Nisim Dashti
Apply for a Blog
Please note that the posts on The Blogs are contributed by third parties. The opinions, facts and any media content in them are presented solely by the authors, and neither The Times of Israel nor its partners assume any responsibility for them. Please contact us in case of abuse. In case of abuse,
Report this post.

Since Islamic government in Iran took over the country there were discussions about its military power and the real truth of their abilities and now a days their missile power or even a nuclear threats ;but in between every one seems to forget something much more important or more destructive than a bomb; the iran intelilgence ability.

The one that can change the tide in any upcoming event, they are large in number and having webs all around the country and the world. Their giant tentacles can move very smooth and undetected where we do not even expect them.

Now that Iran stretching arms all around the region, they also begin to plant their intelligence webs as strong as they can.It seems even outside of Iran just like inside every one is afraid of them so no one even dare to point them or go after them.

When they just simply can grab you out of your house or work or even corner of the street and no one hear from you anymore, just based on what they want to assume ;you will be guilty and you will be disappear.

With their hideous methods of torturing or suppressing you inside Iran once only can imagine what are they capable of and that they are on the move in large scales so it is better to be warned instead of falling into the rabbit hole .

About the Author
From Shiraz Iran , now living in Norway.
Comments
Advertisement