The Blogs
Jonathan R. Beloff
Researcher of the African Great Lakes
Apply for a Blog
Advertisement
Please note that the posts on The Blogs are contributed by third parties. The opinions, facts and any media content in them are presented solely by the authors, and neither The Times of Israel nor its partners assume any responsibility for them. Please contact us in case of abuse. In case of abuse,
Report this post.

Recently, BBC Two (in the UK) televised a special documentary, Rwanda’s Untold Story, which seeks to challenge some of the norms and facts about the 1994 Rwandan Genocide (also known as the Genocide Against the Tutsi in Rwanda). It was the hope of its creators to start a discussion about the events that led to the horrific genocide that claimed more than one million lives. However, instead of posing some interesting questions and really forcing viewers to challenge what they know about Rwanda, they unfortunately reverted their documentary to simple allegations that have been disproved: specifically, that Rwandan President (at that time Commander of the Tutsi-dominated rebel group the Rwanda Patriotic Front –RPF-) Paul Kagame ordered the shooting down of the plane of Rwanda’s Hutu President Juvenal Habyarimana.

The allegation, which was started by the Hutu genocidal leaders, is that Kagame ordered the shooting down of Habyarimana’s plane in order to justify the continuation reignite the Rwandan Civil War (1990-1994) that had just ended with the Arusha Accord signings in the previous fall of 1993. The shooting down of the presidential plane was what ignited the genocide after decades of Hutu-extremist propaganda against what they called an ethnic invasion by the RPF. Academic Rene Lemarchand writes in his book, The Dynamics of Violence in Central Africa, that the RPF knew that once they had committed this act of terror, genocide would take place, which would provide justification for the continuation of the civil war. Thus, the genocide is the fault of the RPF and Kagame rather than the genocide government that organized, condoned and participated in the massacres.

This theory has been disproved in courtrooms, scholarly debate and through the testimony of genocide perpetrators, the RPF and leader of the United Nations peacekeepers, Romeo Dallaire. Dallaire is important in debunking this theory, because he was responsible for physically separating the RPF troops stationed in Kigali (the capital city of Rwanda) from the Habyarimana government using his UN forces. (I will describe this more in detail in the next paragraph) Not once has he hinted that the RPF could have been responsible for the attack; instead he blames the leaders of the genocide.

But if we humor the revisionists and allow that the possibility of Kagame ordering Habyarimana’s plane to be shot down is true, we encounter several facts that make it increasingly difficult to uphold this belief. The first has to do with Dallaire and the UN’s role in Kigali. By the time of the genocide, Kigali was divided into three sections. The smallest of the sections was Parliament, which had a delegation of RPF political leaders who were slated to participate in the new transitional government agreed upon in the Arusha Accord agreement. Now, these representatives were supported by 600 highly trained RPF troops. However, the UN made it nearly impossible for those troops to leave the Parliament compound.

The second area was the neighborhood of Kisimenti, which housed the UN headquarters and most of its troops. The rest of Kigali was under Habyarimana’s and later on the genocide government’s control. The presidential plane was shot down in government territory in the neighborhood of Kanombe. (It is estimated by international researchers that the plane was shot down in Kanombe at the government’s military barracks that was only around 200 meters from the presidential palace.) This is not only ten kilometers from Parliament, but the UN territory was in-between. It would be extremely difficult for the RPF to have sneaked around the UN, and go through government territory with the equipment necessary to shoot down a plane. It is worth noting that within an hour or so after the attack, genocide perpetrators known as the Interahmwe were seen setting up roadblocks preparing to begin the slaughter.

Another major problem with the revisionist theory is the rationale for the attack. Why would the RPF shoot down Habyarimana’s plane? It could not have been for political gains, because the RPF received nearly all their political wishes from the Habyarimana government during the Arusha peace talks. The RPF wanted to be a legal political party in Rwanda, which they received. They wanted 40% of the Rwandan military to be composed of their soldiers, which was agreed upon. They wanted the ability to form political coalitions, which could challenge the political establishment and possible gain the Presidency; this too was granted.

Some of the RPF diplomats who participated in the peace talks have quietly mentioned to me that they thought the agreement was too good to be true at the time. Now, with hindsight, they believe that they were granted so much because the government had no intention of honoring the agreement, and that it was in fact preparing to conduct the final anti-Tutsi pogrom in the form of genocide, and thus wipe out all support for the RPF within the country.

Having secured an influential seat at the national political table in Rwanda through the Arusha Accords – and here let’s discard the lessons learned in hindsight regarding the murderous intent of the Hutu government – why would the RPF assassinate Habyarimana? For full and complete political control? If that is true, the RPF would have also arrested or killed the moderate (and predominantly Hutu) parties at the same time. In fact, it was the genocide government that arrested and killed Hutu moderates. Those who stood to lose most from the Arusha Accords were the Hutu extremists who were in political positions granted to them because of their relationship to the Habyarimana family. Many would lose their position, lifestyle and ideology under the agreement and in a new system promoting ethnic equality. These reasons and more are why this conspiracy just cannot provide credible.

So, why is the flawed and revisionist BBC Two program important for those studying the Holocaust? Consider the conspiracy to shift blame for the genocide from the real perpetrators to the victims, and ultimately to those who put an end to the genocide. This is not too far removed in essence from the belief held by Holocaust deniers that Adolf Hitler was Jewish. After the end of the Holocaust in 1945 and the worldwide knowledge that Nazi Germany had butchered more than six million Jews, former Nazis and their sympathizers created the lie of Hitler’s Jewish Grandmother.

The intention was to justify the genocide of the Jews and shift responsibility away from the Nazi perpetrators and onto their victims. Author Brigitte Hamann has performed extensive research and published her findings in the book, Hitler’s Vienna: A Dictator’s Apprenticeship, which completely disproves him having any Jewish family members. Even though the truth shows the lie is little more than genocide denial, such denial still exists and thrives in anti-semitic parts of the world.

Ultimately, forms of genocide denial like Hitler’s Jewish family and Kagame ordering Habyarimana’s plane to be shot down are unsubstantiated hearsay, anecdotal, and speculative to the wildest degree. The true reasons that people believe such myths and continually try to make them credible can only be guessed at. It ranges from personal interest in advancing a specific narrative of the story, to the inability to accept that sometimes it really is as simply as the fact that some people can and want to commit genocide against their fellow human beings.

So genocide deniers need to come up with a conspiracy that removes blame from the perpetrators, whose inhumanity they basically cannot cope with. The saddest and most irresponsible thing about genocide denial is not only how it degrades the memory of victims and the experiences of survivors, but that it puts more hardship on the people who are committed to remembering, understanding and preventing future genocides.

Simply put, the people who spoke on the BBC Two program have disgraced the one million who died, the survivors, and the RPF’s role in ultimately ending the genocide. The program may have wanted to show the complexities of the genocide, but instead it fell into the trap of simplifying it and blaming the liberators for what happened twenty years ago. Survivors and scholars of both Jewish and Rwandan genocides need to unite to disprove these conspiracies of genocide denial and teach people what really happened. Everyone knows the old saying that if we do not learn from history it is doomed to repeat itself. Well, if we remember incorrect history, real history will repeat itself. 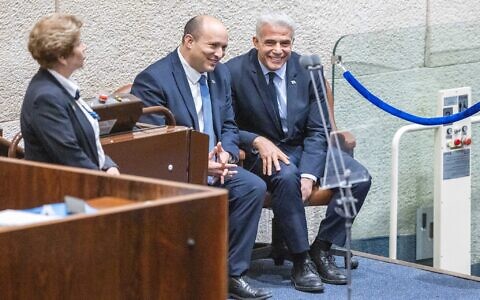 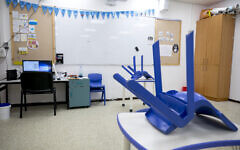 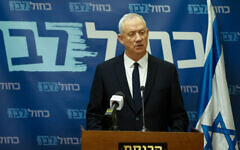