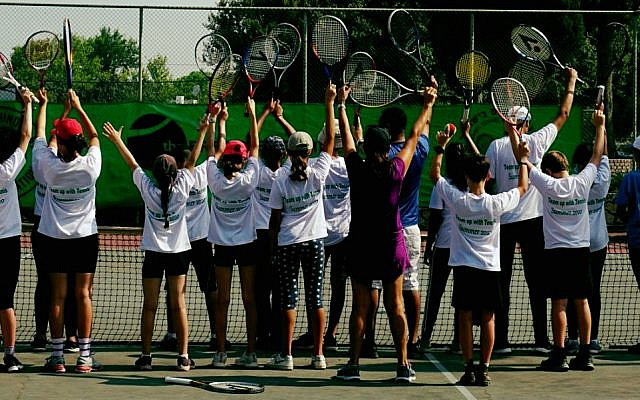 Storytelling is something we do all the time: to entertain, to enlighten, to explain. The stories we tell – within our families, within our organizations – can also be a way to help us cope and stay motivated. And in this day and age, that can go a long way. We could all use stories of resilience. Often. Maybe every day. Along with our morning cup of coffee?

So I thought I would turn to the world of sports, to tennis in particular, and tell a story that combines both a family legacy and an organizational narrative. 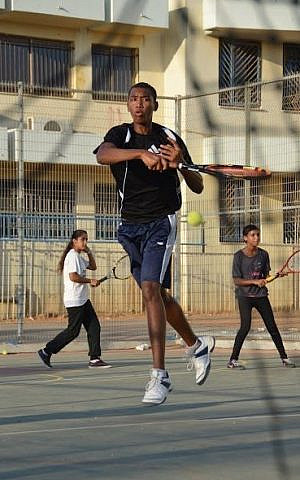 Tennis camp at Jisr az Zarqar, which has been operating for two decades. In more recent years, various local initiatives and social businesses like Juha’s Guesthouse have brought greater attention to the village, one of the poorest communities in Israel. Summer, 2015.Credit: Freddie Krivine Initiatives.

Freddie Krivine, known as Israel’s “Mr. Tennis”, was, by all accounts, a man who kept playing his game despite all the obstacles he encountered. For the past two decades, his nonprofit, Freddie Krivine Initiatives, has introduced tennis to Palestinian Arab children all over Israel, coaching them to find their own powers as athletes.

It seems fitting to talk about tennis now, as it is one of those sports where we always hear words like ‘stamina’, ‘determination’ and ‘endurance’.

Long before I began talking to my kids about mindfulness and coping mechanisms during this pandemic, I remember a childhood tennis instructor coaching us to be hyperaware of our own state of mind. Both on and off the court we were told to take note of emotions and frustrations in the midst of pressure and high stakes.

And having grown up in the 1980’s in the U.S., it is easy to recall tennis greats such as Billie Jean King and Arthur Ashe teaching us how to be champions in our own lives. We can just cut and paste Arthur Ashe’s words from so many years ago as a daily mantra today: “Start where you are. Use what you have. Do what you can.” 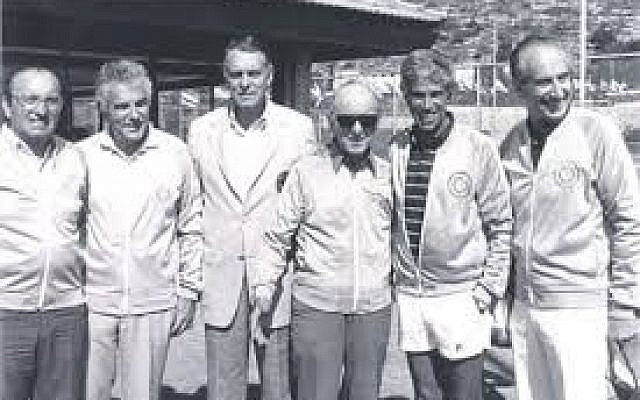 Freddie Krivine, far right, was a founding trustees of the Israel Tennis Center established in the early 1970’s. As part of his involvement in promoting tennis over the years and at a time when there were no Israeli women on the international circuit, Freddie helped to establish the careers of Paulina Pessachova, Anna Smashnova and Tzippi Obziler amongst many others. Credit: Freddie Krivine Initiatives.

It was during those same times that Freddie Krivine was introducing tennis to so many here in Israel. During the 1980’s and 1990’s, he became an avid supporter and mentor to many of Israel’s best known tennis champions. As one of the founding trustees of the Israel Tennis Center in the early 1970’s, “Mr. Tennis” also served as president of the Israel Tennis Association for over a decade. 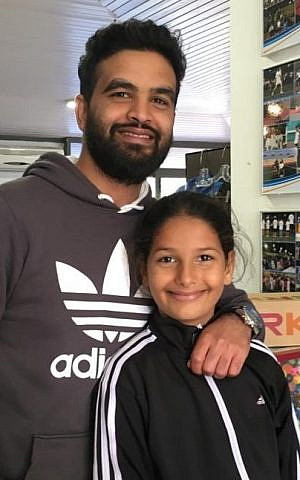 Ritaj Aamash, who participates in the Jisr az Zarqa tennis and homework club, with her brother Mahmoud Amash at a Haifa tennis tournament. Mahmoud participated in the first tennis cohort in Jisr az Zarqa – an opportunity which, as he explains, eventually led to a career in medicine. Winter, 2019. Credit: Freddie Krivine Initiatives.

And then, in 1998, Freddie Krivine decided to hit another winner. Frustrated by the slow pace of outreach to Arab youth, he set up his own initiative to introduce tennis to communities like Jisr az Zarqa and Fureidis – places where kids not only had never seen a tennis racket but also had little opportunity to participate in any organized sports or to interact with Jewish kids from neighboring communities.

Just like in life, tennis games have plenty of surprise shots – both welcome and unwelcome. In the midst of Freddie’s efforts to introduce hundreds of Arab children to tennis and to connect them to Jewish kids through sport, there was an outbreak of violence in October 2000. In light of the shock and upheaval that ensued, many of those engaged in Arab-Jewish projects carefully re-examined what co-existence really meant.

For the Freddie Krivine Initiatives, this sharpened focus kept them working towards using tennis both as a way of building greater shared society and creating opportunities of social mobility for their Arab tennis players. 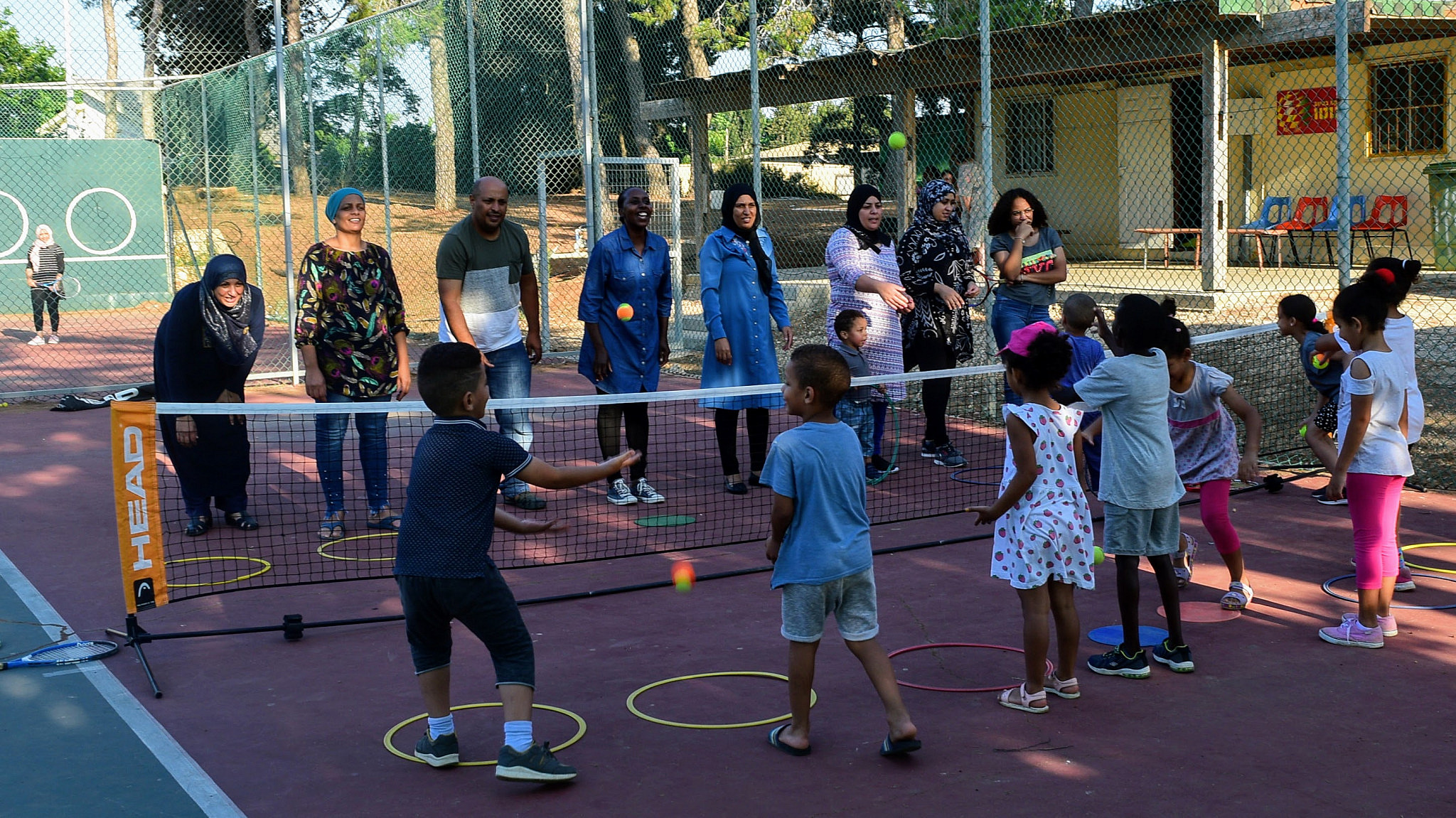 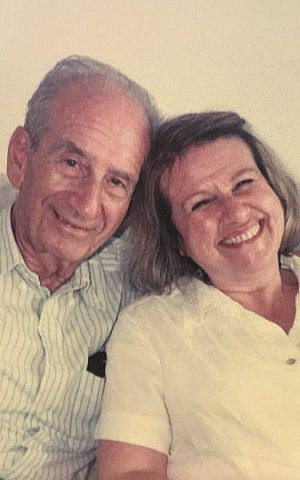 Freddie Krivine, originally from Great Britain, moved to Israel in the 1980’s. His daughter, Jane came to Israel and joined his initiative in 2001. Credit: Freddie Krivine Initiatives.

But then, in 2005, it was a personal rather than a collective disruption that shook everything up. Freddie’s death devastated the organization, forcing them to regroup yet again. Jane Krivine, his daughter, took over and lovingly built on her father’s legacy, extending the organization’s outreach to the entire country.

And then? Well, we know by now to look out for the transitional moments, those turning points in a story when the plot line could go either way.

During their years of expansion, Freddie Krivine Initiatives had constructed tennis courts, trained scores of coaches and reached hundreds of Arab children – making sure that tennis was no longer a novelty in Arab villages around the country. But by 2018, it was time to stop and regroup.

The expansion was taking its toll, and the one-way narrative of organizational success being defined by the simple metric of getting bigger needed to be checked. It was time to reframe the story. Ready to revisit their original goals, it was time for another disruption – this time voluntary. 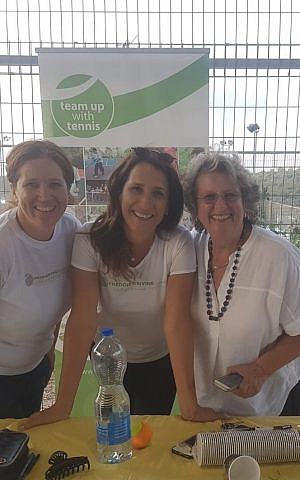 Lee Wilson, the current director, along with head coach Hagit Marciano Feldman (who met Freddie Krivine as a young competitive tennis player) and Jane Krivine at a ‘Open Day’ for tennis in the Arab village of Fureidis. Fall, 2019. Credit: Freddie Krivine Initiatives.

So Jane Krivine, along with the new director, Lee Wilson, decided to pose questions that are relevant to us both as individuals and as organizations.

You know those kinds of questions – the ones that we need to ask ourselves to keep shaping the arc of our story: ‘What are we doing and why? Are we the best version of ourselves? Are we placing our energies in the right place? And in the most meaningful way?’ 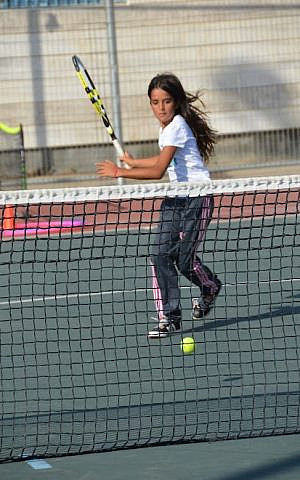 The tennis program has been operating in the Galilee Druze village of Daliat el-Carmel for the past 20 years. As the southernmost Druze town and the largest in Israel, the village attracts visitors from all over to local sites such as the Carmel Center for Druze Heritage. Spring, 2016. Credit: Freddie Krivine Initiatives.

The Freddie Krivine team went back to their roots, interviewing supporters and former participants from their early years including members of their original cohort. That first cohort of ten Arab children – who went on to become doctors, veterinarians and pro tennis coaches – as well as the other former participants spoke of how their lives had changed by playing tennis. And what else? They stressed the significance of having a personal tennis coach who had faith in them, nurtured them and mentored them both on and off the court. 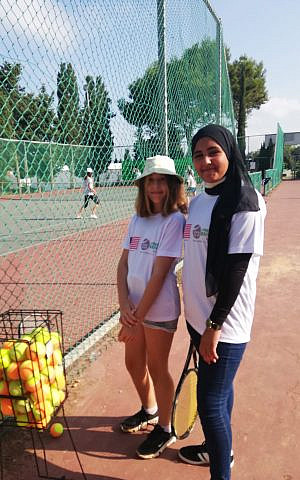 In July 2020, Jewish and Arab tennis players were brought together to the summer camp at Bet Hanania, with sponsorship of the US Embassy. Credit: Freddie Krivine Initiatives.

Ultimately the Freddie Krivine team made a tough call. With the growing accessibility of tennis, they had to reset their strategy. They downsized in order to refocus exclusively on programs that built on their original model of personal mentorship and coaching in Arab villages, offering tennis as well as homework support, and opportunities to meet Jewish and Arab players from around the country.

And, someday, they will tell the story of how they weathered the great pandemic of 2020. 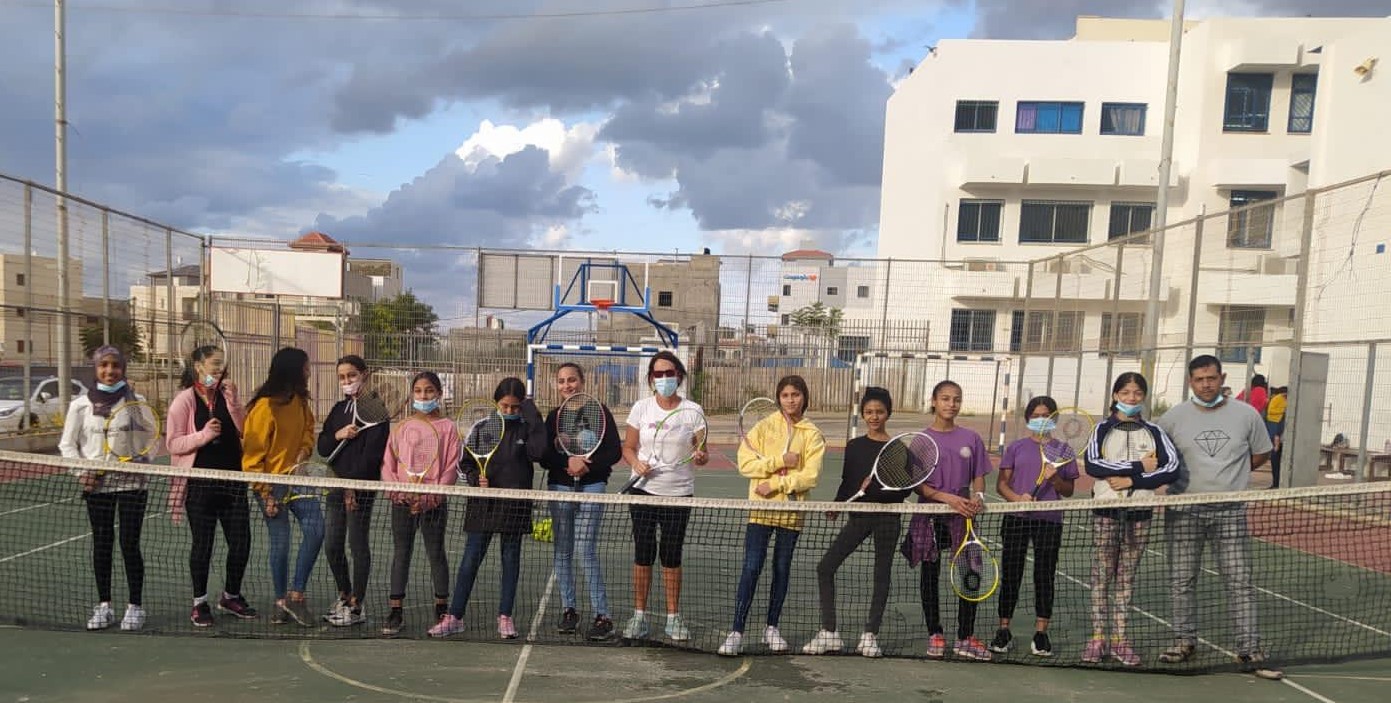 The tennis program for the girls in Jisr az Zarqa, as in many other places, is also about lessons of women empowerment. Despite the lockdown in January, 2020, the tennis program had permission to be on the courts as part of a collaborative project with the Jisr a Zarqa municipality and the 360 governmental program for at-risk youth. Credit: Freddie Krivine Initiatives 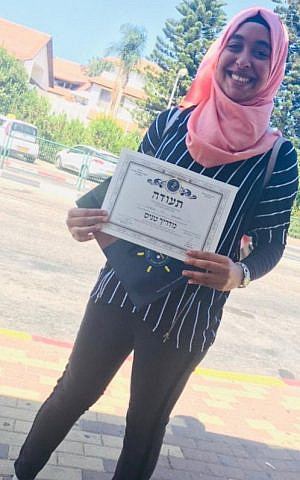 By hearing stories at the workplace and in our families, we see how to move through  challenges and transitions. We can honor family legacies and build a connection with the stories we share. My own kids hear the stories of their grandparents – hunkered down over the past year but who are thriving in the own ways. And this includes a grandma who is writing her story, in part by still playing tennis every other day.

In tennis and through stories we learn how to struggle, how to lose, and how to come back from defeat. So in between all of life’s interruptions and disruptions, our highs and lows, we need to keep serving up that proverbial tennis ball, hitting hard, adjusting our strokes and telling our stories as we go.