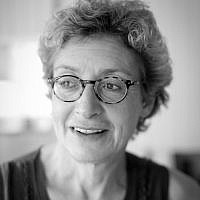 The Blogs
Laurel Leff
Apply for a Blog
Please note that the posts on The Blogs are contributed by third parties. The opinions, facts and any media content in them are presented solely by the authors, and neither The Times of Israel nor its partners assume any responsibility for them. Please contact us in case of abuse. In case of abuse,
Report this post. 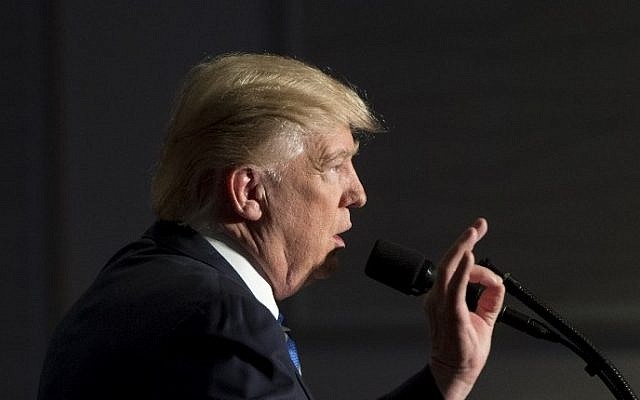 For those of us who teach and research the Holocaust and anti-Semitism, the Trump administration’s refusal to mention Jews in a statement commemorating International Holocaust Remembrance Day has been both horrifying and confusing. It has been horrifying because the failure to acknowledge that Jews were the overwhelming victims of Germany’s genocidal campaign is unquestionably a form of Holocaust denial. It has been confusing because we haven’t been able to understand why the administration would choose to engage in Holocaust denial nor begin to grasp the implications for the American Jewish community.

There had been warning signs throughout the 2016 campaign. In three years of teaching a course on America and the Holocaust at Northeastern University in Boston, I have always treated American anti-Semitism as mostly a remnant of a darker time in American history that only manifested itself now on the extreme left or the extreme right of American politics. As I taught the course this fall, however, I had to confront Facebook memes depicting Trump critics in concentration camp uniforms behind Auschwitz’ gates and Stars of David superimposed on Hillary Clinton’s face in front of piles of money. I had to read the stories of Jewish journalists, who received a steady stream of vicious anti-Semitic messages delivered to their email inboxes, Twitter accounts, and even front steps.

Still, I assumed that the problem was that Trump and his minions weren’t doing enough to rein in their more vociferous supporters. Even after Trump chose Steve Bannon, the executive chair of the far right and white supremacist affiliated site, Breitbart News, to run his campaign, I still assumed that Holocaust denial and the anti-Semitism inevitably associated with it, weren’t important to Trump.

After all, he has a Jewish son-in-law, daughter and grandchildren.

Then came the Holocaust statement that didn’t mention Jews.

As Deborah Lipstadt, author of Denying the Holocaust and several other important books on the Holocaust, recounted in an article in The Atlantic, she initially assumed the failure to mention Jews was a rookie mistake, an oversight during the chaotic first days of a new administration. It quickly became apparent that this was no mistake. Trump’s key spokespeople defended the omission, explaining that Trump officials deliberated overlooked Jews because “We are an incredibly inclusive group and we took into account all of those who suffered.” Of course no one denies that other groups suffered horribly at the hands of Nazi Germany but as Elie Wiesel famously stated, ‘Not all victims were Jews, but all Jews were victims.”

The White House press secretary attacked those who criticized the statement as “ridiculous,” “pathetic,” and “nitpicking,” and explained how much “the president went out of his way to recognize the Holocaust.” Politico recently reported that the State Department had drafted a statement mentioning Jewish victims, similar to ones issued by Presidents Bush and Obama, but that the Trump White House refused to use it. The administration also seemed to defend that statement by releasing the nugget that it had been written by a Jewish advisor.

In the days following the offensive statement, those who study the Holocaust responded quickly and fiercely. Led by the United States Holocaust Memorial Museum, they asserted the undeniable historical record of Jewish targeting and Jewish suffering, and condemned those who tried to obfuscate it. Indeed, Holocaust scholars have done a good job tackling what was horrifying in what Trump said.

But we haven’t faced what was confusing. Why would the President of the United States in a public statement on a most solemn of days choose to identify with Holocaust denial and anti-Semitism? What was he, and frankly Bannon, trying to say and to whom? Were they speaking to the white supremacists and anti-Semites among Trump’s followers who clearly got the message? Was it just another example of this administration’s intent to defy all societal norms, even seemingly the most sensitive and nearly universal ones surrounding Holocaust remembrance? Did they relish the fact that they could get away with it? Was it a sinister threat aimed at liberal Jews who retain powerful positions, particularly in the media and entertainment industry? Did it reflect the administration’s adoption of the Russian perspective on this as on so many things, leading it to parrot the old Soviet-line that many people were “innocent victims” of the Nazis? Was it a signal to everyone in society that nothing, not even the murder of six million people, is sacred?

I don’t know the answer or answers. But those of us who research and teach this most important and most profound of topics should not just condemn the deeply demoralizing statement but also begin to probe its meaning and ramifications. That means we need to do what makes us profoundly uncomfortable — establish clearly and publicly the connections between the history we understand and the reality we are experiencing. Of course, we must do it with the scholar’s mindset, pointing out the differences as well as the similarities, rejecting overstatement and emotionalism. We also need to encourage the journalism that seeks to reveal the administration’s motivation and operation and then be willing to analyze the disclosures through our unique lens. We need to jump into the public arena in a way we never have before. Right now that may be the most important work as scholars, as Jews, as citizens, that we can possibly do.

Laurel Leff is an Associate Professor in the School of Journalism and Associate Director of Jewish Studies at Northeastern University. She is the author of Buried by The Times: The Holocaust and America’s Most Important Newspaper (Cambridge University Press, 2005).