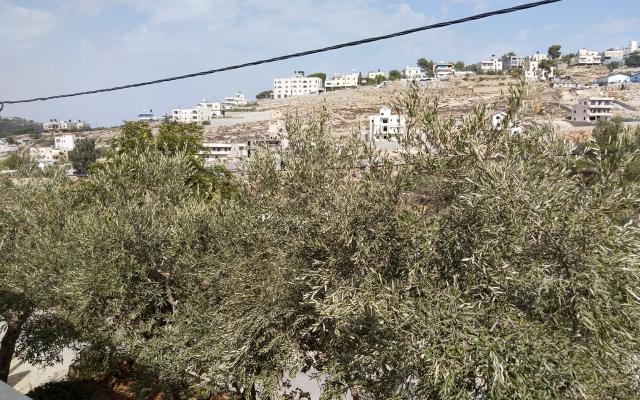 You shall not render an unfair decision: do not favor the poor or show deference to the rich; judge your kinsman fairly. You shall not hate your kinsfolk in your heart…You shall not take vengeance or bear a grudge against your countrymen. Love your neighbor as yourself: I am the LORD. (Leviticus 19:15-18). When a stranger resides with you in your land, you shall not wrong him. The stranger who resides with you shall be to you as one of your citizens; you shall love him as yourself, for you were strangers in the land of Egypt: I the LORD am your God.(Leviticus 19:34-35)

How would you like to have your home destroyed? Can you imagine it? Can you conceive of the idea that the state will make you homeless for no good reason? Or for absurd reasons, like you tried to get a permit, but it was impossible, so then you built a home without a permit that was unattainable?

This is not a theoretical or imaginary question, but a real and pressing issue for hundreds of Palestinians who live in a beautiful area of southwest Jerusalem known as Al-Walajah, which is called a village, but is actually a neighborhood within the post 1967 boundaries of expanded Jerusalem. After the Six Day War of June 1967, the state of Israel annexed large parts of the Jordanian West Bank, de facto enlarging the city of Jerusalem and creating what is known today as East Jerusalem, although much of the land – and the inhabitants thereof — are in parts of Jerusalem that are north and south of West Jerusalem, as well as east of it.

However, for reasons that are not clear at all, the Jerusalem municipality never provided basic services to this community, such as water, electricity, schools, and health services. Never! As one of the residents said in a zoom call last week:

The only service we get from the Jerusalem Municipality is the announcement that our home is about to be destroyed!

At the moment, there is an emergency situation. The Supreme Court of Israel is expected to decide soon ( a session of the court scheduled for Sunday was postponed) whether to allow the planning authorities of the state to demolish 38 homes, as opposed to granting the community the right to develop a zoning plan that would be sensible and be acceptable to the state. As of this writing, it is not clear which way the judges will decide, and there is great anxiety  among the residents of this village, and among Israeli Jewish friends of the inhabitants of this small community who care about their fate. These activists are not only expressing empathy for the untenable situation, but also taking action to try to prevent the home demolitions from taking place.

In addition, rabbis and community leaders in the USA have recently signed a letter to Foreign Minister Yair Lapid, expressing their concern. I was one of the people who signed this letter. This letter makes the case as to why these homes should not be demolished and calls upon the government of Israel to immediately freeze ALL demolitions in al-Walaja and instead, to work with the planning authorities to advance an equitable planning solution that will formally authorize existing homes and provide for proper further residential development of al-Walaja in fulfillment of the Israeli government’s obligation to uphold the community’s rights to housing and shelter.

American rabbis and community leaders are clearly distressed by this threat of home demolitions for Palestinians in Jerusalem.

As American rabbis and Jewish community leaders who hope for security, peace and justice in the state of Israel, we are writing to express our deep concern and distress over the ongoing home demolitions in the Palestinian village of al-Walajah in East Jerusalem and the lack of intervention thus far from the Israeli government to stop them. Time is running out: soon the Supreme Court may allow the demolition of 38 homes, and set a precedent for the potential mass dispossession of the entire section of al-Walaja that Israel annexed in 1967. We call on you to intervene and prevent this humanitarian disaster.

It aggrieves us to know that for the Palestinian residents of the part of al-Walaja that was annexed in 1967 to the Jerusalem municipality, building on their lands is forbidden– and that as a result, they have been punished with the demolition of their homes. In addition to the 38 homes under question on December 26th  during the past five years some 30 residential homes have been demolished, and four in only the past few months. To date, the approximately 1,000 people residing in the annexed part of the village live under constant threat of demolition at the hands of the Israeli authorities. Meanwhile, the Israeli neighborhoods and settlements right next to al-Walaja– a number of which are built on al-Walaja’s lands– continue expanding.

We believe that home demolitions do not reflect the values on which the state of Israel was founded, and certainly not those to which it must aspire.

I would also add that many diplomats in Israel and abroad are expressing shock and dismay at this policy of the government of Israel. People around the world simply do not understand how a Jewish state — founded on the lofty principles of Israel’s Declaration of Independence — can dream up and actually implement such policies. Of all states, the Jewish state should know the soul of the minorities within its midst since we were “strangers in the land of Egypt” and in many other lands throughout our history.

There should be no more home demolitions of Palestinian homes in Walajeh, nor in East Jerusalem, nor anywhere else. Instead, there should be a return to the humanistic Jewish values upon which the state of Israel was founded.

The state of Israel will be open for Jewish immigration and for the Ingathering of the Exiles; it will foster the development of the country for the benefit of all its inhabitants; it will be based on freedom, justice and peace as envisaged by the prophets of Israel; it will ensure complete equality of social and political rights to all its inhabitants irrespective of religion, race or sex; it will guarantee freedom of religion, conscience, language, education and culture; it will safeguard the Holy Places of all religions; and it will be faithful to the principles of the Charter of the United Nations. Declaration of Independence of the State of Israel, 1948