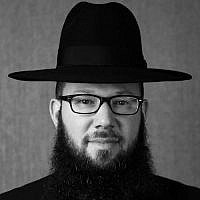 The Blogs
Mike Moskowitz
Apply for a Blog
Please note that the posts on The Blogs are contributed by third parties. The opinions, facts and any media content in them are presented solely by the authors, and neither The Times of Israel nor its partners assume any responsibility for them. Please contact us in case of abuse. In case of abuse,
Report this post. 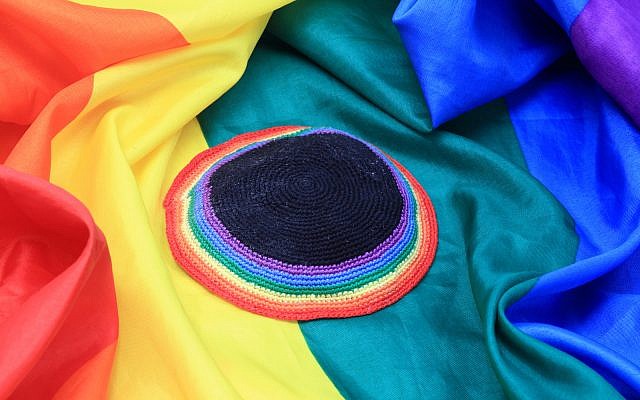 I received a call recently from an Orthodox man, who knew that he was gay before he married his wife. “I think that G-d hates me because G-d made me gay,” he said. Then he continued “I was faithful for the first few years but now I’ve been with more men than I can remember and my wife still doesn’t know.” It is this man’s internalized homophobia that causes him to agonize over a perceived “sin of being” instead of his actual deceit and disloyalty in cheating on his wife.

Leviticus 18:22 is the verse most often cited as declaring divine opposition to homosexuality. In that verse, the men of Israel are warned not to lie with other men as they do with women since that is a toeiva. Although homophobic cultures project great certainty on the meaning of the word toeiva, usually translated as abomination, in the times of the Mishnah it was much less clear. The Talmud, in Nedarim 51a, tells a story of Bar Kapara and Rebbe, the redactor of the Mishnah. Bar Kapara asks Rebbe, “What is the meaning of the word “toeiva?” Rebbe offers answers and Bar Kapara rejects them. Eventually, Rebbe asks what Bar Kapara thinks the word means. Bar Kapara explains: תועה אתה בה, understood by the commentaries as “you are straying from your wife to be with another man.”

We have further evidence that toeiva is connected to deceitfulness. In Deuteronomy 25:16, toeiva is used to refer to those who possess unfair weights and measures. “For everyone who does those things, everyone who deals dishonestly, is abhorrent to the L-rd your G-d.” Just as G-d despises the duplicity inherent in presenting false weights as truthful, G-d does not want us to be deceitful in our most intimate relationships. By denying the existence of gay, lesbian, and bisexual folks and forcing them into heterosexual relationships, we are creating the toeiva, of inherent and abiding deceit, exactly as the Talmud understands the prohibition of Leviticus 18:22 to be!

This week we will read Parshat Zachor (Deuteronomy 25:17-19) and remember the treachery of Amalek, how they denied G-d’s hand in the Exodus, and attacked G-d’s people Israel. These verses immediately follow the description of the toeiva of false weights and further emphasize the severity of G-d’s abhorrence of deception.

Being gay itself is not a toeiva. Forcing people to live a life of deception is[1]. It is indeed abhorrent and an abomination. Similarly, the Code of Jewish Law frames the prohibition of two women being together as an extramarital affair. It doesn’t instruct mothers or teachers to inform young women about a prohibition but rather that husbands should warn their wives.

The horrific consequences of this communal failure are far-reaching. According to the Jerusalem Open House, new cases of HIV have increased in the frum, “hetero” community. It is well known in the non-Jewish gay community, in Lakewood, that one shouldn’t date Jewish men, because they are likely married to women. As I’m writing this, another young Orthodox woman reached out asking for a shidduch, because she is tired of dating kollel wives! Is this really what we think G-d wants from us?

There is no sin in being gay just as there is no mitzvah in being straight because both just are. No person today is forbidden to be; we must celebrate people being. Children of queer parents, parents of queer children, siblings, and friends are coming out and being allies, while staying in religious communities.

The question of LGBTQ equality in Orthodox spaces is a new one. Indeed, it is only relatively recently that more liberal movements have become accepting of openly LGBTQ Jews. In those communities as well, it was homophobia, not scripture that kept people out.

Being objective and separating out one’s own prejudices and privileges is really hard. It is so much easier to keep and defend them through a false piety. Esau, the source of Amalek, demonstrated this hypocrisy by asking his father how to tithe salt, while living a violent and immoral life. We are all suffering from the inherited trauma of religion.

The flaws in our communities exist despite, not because of, biblical verses. Orthodoxy suffers from xenophobia even though there are dozens of biblical charges to love the stranger. If it was really about a verse, and not about feeling uncomfortable around those seen as different, would Jews of color and Jews by choice be so excluded from schools, dating, and leadership roles? Similarly, it is disingenuous to quote a verse to justify homophobia.

Our tradition is holy to the extent it helps us understand and fulfill the will of G-d. We don’t serve commandments or verses, we serve G-d. The Talmud (the Oral Law written down), Gitten 60b, quotes a verse, Exodus 34:27, that it is forbidden by scripture to write down the Oral Law. Rashi explains that there was a fear that Torah would be forgotten and so therefore it was justified to act accordingly and override the verse. If we are worried about Torah being lost, why aren’t we worried about people being lost?

Our Rabbis explain that in Esther 9:27, the Jews not only accept the laws of Purim, but they also re-accept upon themselves the entire Torah. Their first acceptance, at Mount Sinai was out of fear. Here, as part of the Purim story, they accept the Torah again, this time out of love. Remembering and eradicating the hate, fear, and deception of Amalek helps us prepare for the unifying love of acceptance.

[1] We also find this word in the prohibition of wearing misgendered clothing for licentious purposes. This is analogous to someone impersonating a doctor to gain access to patients. The revolting aspect obviously isn’t being a doctor or dressing up as one, but rather the misrepresentation of self, to another, to gain access to intimate spaces.

About the Author
Rabbi Moskowitz is the Scholar-in-Residence for Trans and Queer Jewish Studies at Congregation Beit Simchat Torah, the world’s largest LGBT synagogue. He is a deeply traditional, radically progressive advocate for trans-rights and an ally for LGBTQ inclusivity. He received three Ultra-Orthodox ordinations while learning in the Mir in Jerusalem and in Beth Medrash Govoha in Lakewood, NJ. He is a David Hartman Center Fellow and the author of Textual Activism.
Related Topics
Related Posts
Comments