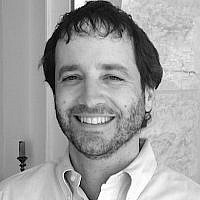 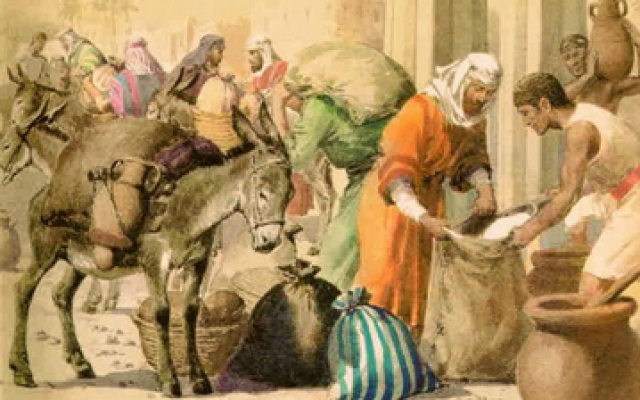 When the goblet is found in Benjamin's sack, Judah realizes it’s game over. “God has found the sin of your servants.” Judah owns up to the past and takes responsibility - as a leader does.

This week’s portion is filled with high drama: Joseph is rushed out of jail to interpret Pharaoh’s dream; he is immediately appointed Number 2 over all of Egypt to oversee preparations for seven years of famine; when the famine hits, his brothers come to Egypt and Joseph orchestrates a series of events which will test their mettle.

In this drama it is Judah who is the leader among the brothers, the one to stand up to their father, Jacob, and the one who eventually brings Joseph’s “test” to an end. It is a story of leadership in the face of adversity; a story of a son standing up to his father; and a story that culminates with the understanding that, when faced with inexplicable and cruel fate, there is no good answer, or in Judah’s own words: “what shall we say? how shall we justify ourselves?”

When the brothers go down to Egypt for food and find themselves interrogated by the “ruler of the land” (Joseph), they realize something is amiss and attribute it to Divine punishment for what they did to Joseph. They say to themselves (adding new detail to the event): “we are guilty for our brother for we saw the anguish of his soul when he begged us [not to sell him] and we didn’t listen.” As the brothers are remorseful, Joseph goes to another room and cries.

The brothers return to Canaan with provisions, Shimeon is jailed in Egypt, and the brothers are warned not to return without Benjamin. Jacob doesn’t want to hear of it. Reuven, the firstborn who always fails the leadership test, vouches for Benjamin’s safety by vowing if he doesn’t return him safely “you can kill my two sons.” That doesn’t inspire much confidence.

When the food supply has run out, Jacob brings up the subject again with his sons: “go get us a little food.” And here Judah stands up to his father, an old, somewhat-miserable man, bereaved by the loss of his favorite son, and unable to part with his youngest – even if it means his entire family will go hungry. He seems indifferent to his other children, including Shimeon, who is languishing in jail in Egypt.

So Judah speaks up: either we go with Benjamin or we don’t go. Judah is the only one who can speak up effectively to his father (in this particular context Jacob is referred to as Israel, the patriarch): “And Judah said to Israel his father, ‘Send the lad [Benjamin] with me, and we will get up and go, and we will live and not die – us, you and our children. I will be his guarantor, from me you shall ask for him, and if I do not bring him back and present him before you, I will have sinned to you all the days. Had we not delayed, we would have been there and back twice.’”

Judah wins the day. He is able finally to get his father to accept reality. Judah can’t know for sure that Benjamin will return safely; he can only give Jacob his solemn word.  In life that’s often the best guarantee we have. To make every last effort, in the face of uncertainty.

The drama climaxes when Joseph’s goblet is found in Benjamin’s sack. The brothers return to the palace – “and Judah came and his brothers to Joseph’s house…” Judah leads. He then makes one of the most dramatic statements in the Bible: “And Judah said, ‘What can we say to you, sir? How can we speak? How can we justify ourselves? God has found the sin of your servants.”

Judah realizes it’s game over. He knows he and his brothers didn’t steal anything and that they are being framed. He doesn’t know who is behind it or what is the motivation. But the big picture is clear and Judah articulates it and accepts it: God is punishing them for selling Joseph – “God has found the sin of your servants.”

It is almost as if Judah is not talking to Joseph, the Egyptian ruler who for whatever reason is trying to frame them. It is as if he is saying these things first and foremost to himself, to his brothers, and to God. He’s owning up to their past and he’s taking responsibility. As a leader does.

Joseph says he is willing to let them all go except Benjamin. (This is the cliffhanger on which this week’s portion ends but we will continue with Judah’s monologue to Joseph). This is the worst possible option and Jacob’s nightmare scenario will become reality. Judah can’t let this happen. But there is little he can do by way of making an argument. So he does the best thing he can: he describes the whole situation, painfully, truthfully and completely, in the hope that perhaps something in the story will speak to the heart of this seemingly cruel Egyptian ruler who is out to get him.

“And Judah approached Joseph and said ‘Please, sir, may your servant speak to your sir, and be you not angry with your servant for you are like Pharaoh.”

The next 12 passages are devoted to Judah’s speech, where he reviews in emotional details everything that has happened – how he convinced Jacob to allow Benjamin to go with them and how devastated Jacob would be were Benjamin not to return: “were he to see that the lad is not there, he will die, and your servants will have brought the old age of your servants’ father grieving to the grave. For your servant was guarantor of the lad to my father saying: if I shall not bring him back I will have sinned to my father all the days. Now please, let your servant come in place of the lad – a servant to you, sir, and let the lad go up with his brothers.”

In the end, all there is is the heartfelt honesty. Judah lays it all out – eloquently, honestly, and emotionally. There is not much here Joseph didn’t know already. But maybe there is something in the grief of an old father or the distress of his helpless children that will speak to this Egyptian ruler. He too must have a father, somewhere. It is this heartfelt speech that overwhelms Joseph and now it’s game over – for Joseph.

Judah again has won the day. It isn’t glorious, there is a lot of shock and change to come. But Judah prevailed. Through his actions he serves as a role model for leadership, courage, nobility and honor in the face of huge adversity. He is a role model for the line of kings starting with King David of which he is progenitor, and for us all.

About the Author
Jacob Dallal, who lives not far from where Jonah set sail in Jaffa to escape God, is writing on the Bible portion, focusing on its characters, especially on the character of God.
Comments