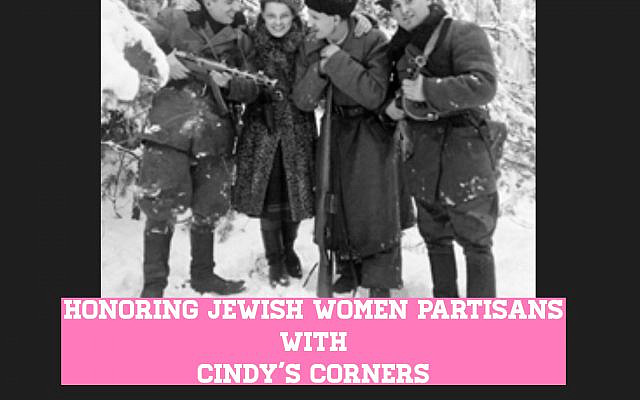 As an education activist, I feel compelled to share news about organizations that dedicate a good amount of time and resources sharing Holocaust facts for all.

Today, we live in a world that tries to trivialize and even deny the Holocaust took place. I was once told by a respected high school teacher that she teaches the Holocaust because her class reads The Diary Of Anne Frank.

That is why I am proud to share the work of an amazing organization that I suggest every educator looking for accurate lesson plans and every rabbi looking for assistance in speech preparations turn to for help, The Jewish Partisan Educational Foundation. The group empowers educators and students through the heroic resistance if the Jewish partisans during the Holocaust.

They recently hosted a gala with the theme, Celebrating Women of the Jewish Partisans, and honored JPEF Champions, including, Philanthropist, Diane Wohl, and third Generation Educator and Leader, Cantor Shira Ginsburg. More than 45 female Jewish partisans, all of whom were represented by children, grandchildren, and even great-grandchildren, were recognized for their remarkable contributions fighting back against the Nazis and their collaborators.

The keynote speaker, Dr. Deborah Lipstadt, galvanized the room as she called upon each of us to follow the examples of the Jewish partisans and take action. “When you hear something, say something. Every genocide begins with words… We must not just fight against one injustice; we must fight against every injustice.”

Lipstadt’s story was featured in the film, Denial. 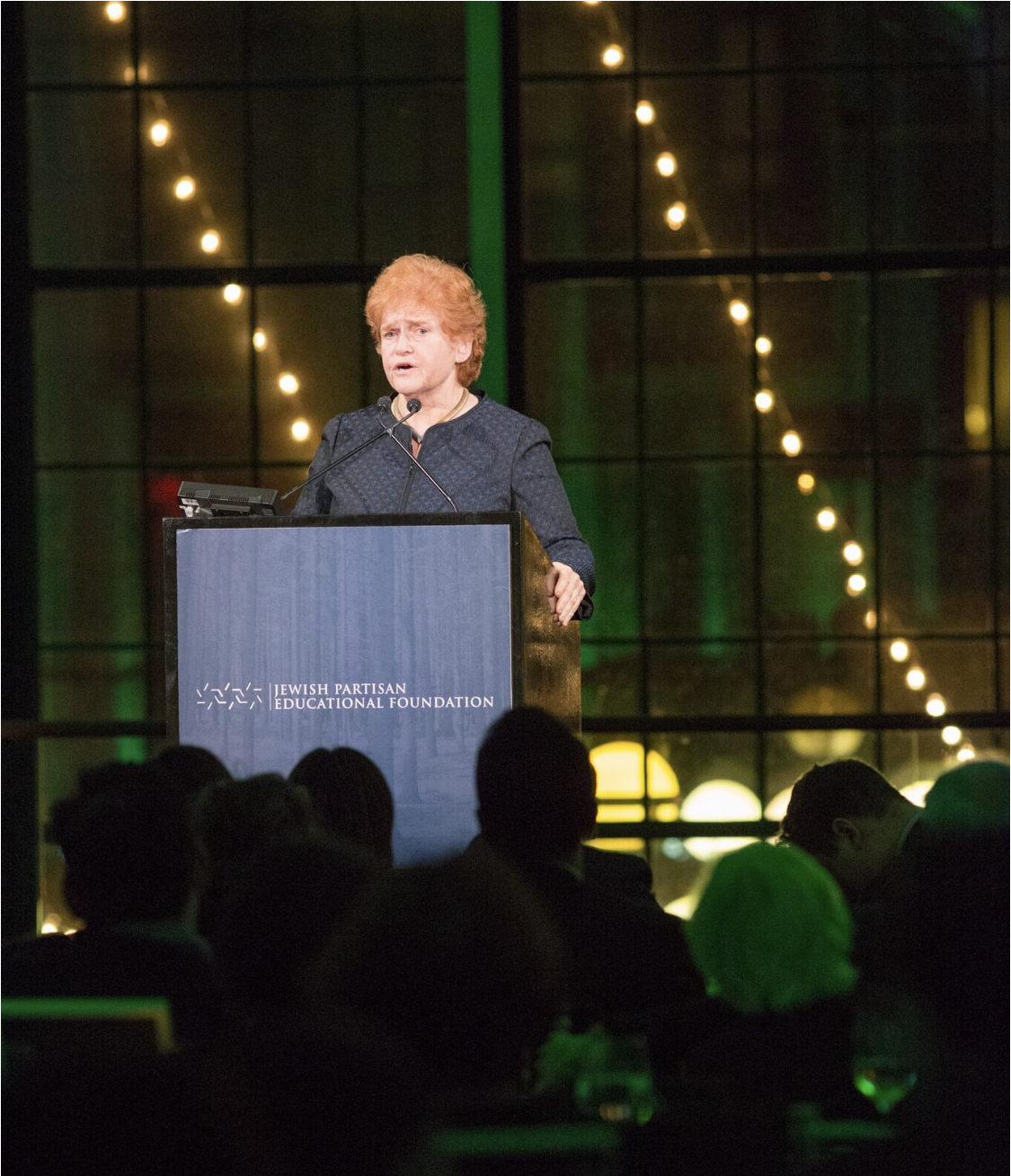 Who Were The Partisans?

They were Jews in Europe, many of them teenagers, male and female, who fought against the Nazis during World War II. The majority were regular folks who escaped the ghettos and work camps and joined organized resistance groups in the forests and urban underground. Non-Jewish partisans could sneak back to their homes for security and safety. The Jews had no place to go and so they were constantly moving through the shadows on the edges of cities and towns.

Some, like Polish teenager Frank Blaichman, knew their village would be turned into a ghetto; Frank escaped and joined a group of partisans in a forest. Others, like Abe Asner, were among the very few Jewish partisans with military training. Most partisans knew nothing about guns and ammunition, so people like Abe became important teachers and leaders.

People who had guns and knew how to use them were mostly welcomed with open arms. If someone wanted to join and had no weapon, some groups required them to get one, in whatever manner they could. Outsiders who came to fight the Nazis – like Russian partisan groups in Poland – valued Jews who knew local terrain and could act as their scouts.

Less than ten percent of the partisans were women. Some were fighters and scouts; the majority were part of the vital infrastructure, cooking for the group and caring for the sick.

Those with young children often stayed in hidden enclaves in the forests. Some partisan groups, like the Bielski Brigade, accepted these families, but most groups did not. 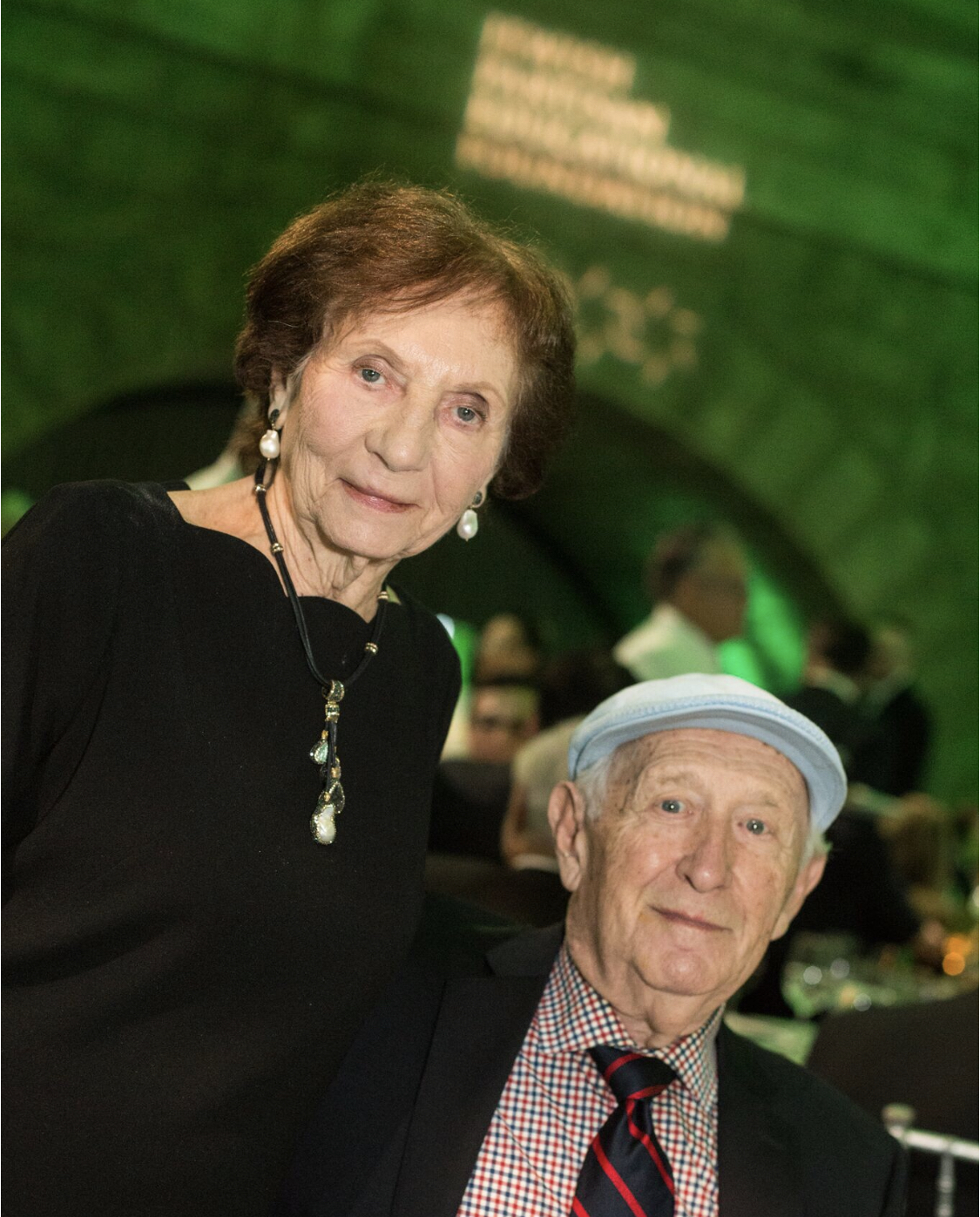 I had the pleasure of interviewing Honoree Esther Kaidanow shortly before the gala. I was supposed to interview her on a day I had something come up. When I telephoned her the next afternoon, she amazed me with a coincidence that she had just watched a repeat television show on JBS-TV where I was featured.

She was so lovely. She told me the stories of how both her and her husband Howard were partisans, she in the mountains in Yugoslavia and he was a partisan for three years in the forests in Poland. Between the two of them, hundreds of extended family members were murdered.

Both didn’t speak about their past publicly until recently. “There is not enough known about partisans. Perhaps if people knew, more would have survived,” Kaidanow told me. Three siblings and her parents managed to survive. Her husband’s parents were murdered.

It is time to tell our story and the story of partisans, who are often forgotten. People think that all Jews went to their deaths without a fight, we are proof that that was not true. It is our obligation to make sure Jews stand up to hate. Yes, many partisans died, but many did survive and help others.

The Kaidanows are part of a speakers bureau featuring Holocaust survivors and tour for the Baltimore Jewish Council. They are truly honored to be a part of the JPEF because very few know about partisans, they never even heard about them.

Every time I associate myself with JPEF I learn so much information and meet the most fascinating people.

I urge you to join the community, you will be fascinated how much information is unknown.