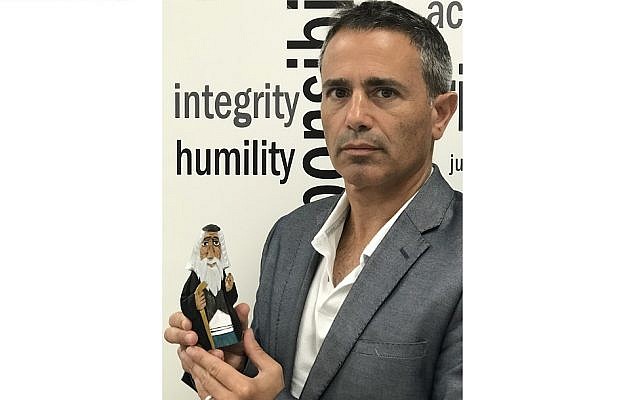 My annual visit to Poland always leaves me conflicted. It’s a nation struggling to break from its past, redefine its character and identity and take its place among leading nations. By all measures, this can be accomplished, but first the nation must reconcile itself with its past.

While taking an Uber in Warsaw, I met a wonderful young Polish man around 26 years old. He was working through his studies in hi-tech. We struck up several conversations about his city, about fitness and about his family. I then dared to bring up the H-word. I asked him point blank what he knew about the Holocaust. He told me that he was quite embarrassed because he was out of the country for many years and cannot recall learning much about it during his childhood.

I asked him if he had ever visited a concentration camp like Auschwitz or Majdanek, he replied, “No, I am very ashamed about that.”

The young man went on to say that in Poland there is a sense of guilt about the issue, that it is not commonly discussed. He said he feels really guilty about not knowing enough and promised that he would go home and read more about the Holocaust. That interaction left me saddened but hopeful about Poland’s future. Perhaps a young generation of Poles is ready to embrace the past.

Still, the recent Polish measure making it illegal to use statements suggesting Poland bore any responsibility for crimes against humanity committed by Nazi Germany on its soil rolled back decades of research. Even while lawmakers walked back on the initial imposition of harsh penalties, the bill has sent a chill among Holocaust researchers and museums in Poland and around the world.

Antisemitism in Poland is prolific in its gift shops found in Warsaw’s Old Town. Some have tried to explain away the “luck Jew” figurines found in almost every gift shop as non-antisemitic charms that Poles believe bring them luck. Nonsense. Large and small Jewish wooden sculpture figurines are displayed everywhere holding pieces of money. In one store window, a large carved Jewish figurine held a bag of money.

Imagine fridge magnets of Jewish religious characters, some begging for money, adorning your home. Or statues of Jews adorning your mantle over your fireplace or on your fancy buffet. These figurines were readily available in almost every store I toured and photographed in Warsaw’s Old Town.

Sadly, this is indicative of a lack of education about antisemitism. I have no doubt that the young Uber driver would be shocked to learn about the antisemitic nature of these figurines.