One hundred kilometers south of Tel Aviv, the City that Never Sleeps, 1.7 kilometers from the border of the Gaza Strip, nestled among wheat and potato fields, an earthy smell of the desert cajoled to bloom, with a pinch of eau de milk-mixed-with manure, here lies what I have called “home” for the past 40 years. The only sounds usually heard are children playing in streets more familiar with bike traffic than cars, and chartreuse parakeets waging war above our heads. Every so often, in the evenings, if it is really quiet, I can just make out the call to the faithful of an Imam in the mosque of Abbasan Kabir. And amid all that, Kibbutz Nirim grows.

A year ago this community was a battlefield. The scenes and sounds were very different then. We had close to 60 days of incoming rockets. Soldiers in olive-green walking around in helmets and full metal jackets replaced the romping children (while those of us who remained, walked our dogs unprotected), surrounded by deafening artillery throughout the period of the ground invasion. We were (and still are) a 5-minute jog from our “neighborhood” Hamas attack tunnel. Most significantly, most painfully, two of our members were killed, and two more gravely injured. The illusion of our ability to dodge the rockets: shot down.

And despite all that, Kibbutz Nirim grows.

During the war, one of the families who were residents* here, announced that they were leaving. After the war, another family of residents, left. One family who were members notified us that they were taking “a year off”. They were not moving far — just across the road, about 10 km away — but far enough to be out of mortar range and more distant from the threat of the tunnels. At that point, I braced myself for a mass exodus of families, especially those with children, who were no longer willing to raise the young ones in a place where they learned how to run for cover before they learned how to run for a game of tag. And honestly, who could blame them?

But it didn’t happen. Not only was there no exodus, but this summer, one year after the war, our community has accepted ten new, vibrantly growing families for membership. Membership in a kibbutz was never a trivial matter, but today, in our “renewing kibbutz” that was privatized six years ago in the hopes of rejuvenating the demographic layout, membership includes a serious financial investment. A young family who asks to be accepted into the kibbutz is, at the same time, placing their own vote: a vote of confidence in this community. Their decision is a proclamation that resounds very loud and very clear: “This is an investment for our family’s future.” 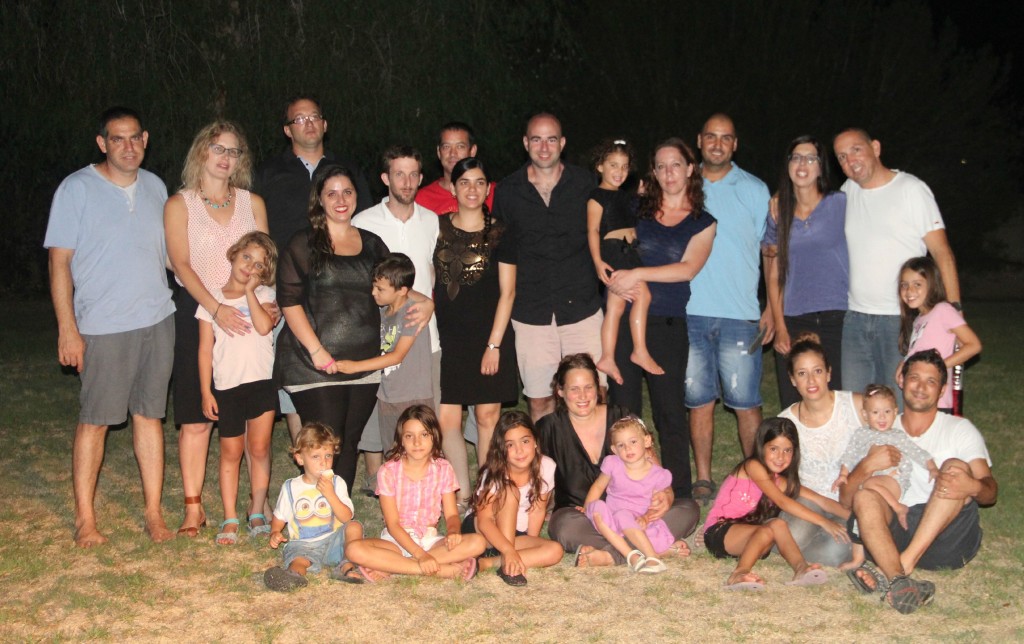 Out of the ten families, seven of the spouses were born and raised here. As families, they have all rented apartments here since the days before the war. The most veteran of them has been with us for seven years. I have no idea how many actually arrived on the kibbutz with the intention of permanent absorption into our border-lying community. The parents all work in the area; some on the kibbutz, itself. The children are all part of our day-care educational system.

And what have we received? Ten families, twenty members, seventeen children, four dogs, and a compelling dose of revitalization, exhilaration, and hope for our collective futures as individuals and community. Twenty-seven souls who showed us in the movie they made for their acceptance party (while tears of joy made tracks down my cheeks) the clear statement: “Nirim is my home”.

*Residents on kibbutz: A family that lives in a kibbutz but not as members. Usually, they reside temporarily for purposes of work or other reasons, as opposed to members who are invested in the community. Members bear responsibilities towards the community and they reap benefits in the form of bonuses and other profits earned by community-owned financial ventures.