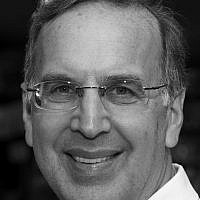 When I get asked on how/why I chose to become a rabbi, I always cite a formative experience that I had in the summer between my junior and senior year in high school. I participated in a program sponsored by USY, the Conservative Movement’s youth movement, called Eastern European Pilgrimage. I went in the summer of 1970, the second year the program was run. The primary goal was to make contact with the Jews of the Soviet Union, most of whom were neither free to practice their Judaism nor able to emigrate out of the country. Israel’s victory in the 1967 Six-Day War that led to a worldwide surge of Jewish pride and it even lit a spark in the heart of Russian Jewry, notwithstanding the Soviet government’s attempt to crush Jewish life and persecute the few Jews who insisted on holding on to their Jewish identity.

The Jews I met in Russia during that fateful summer inspired me. The risks they took to affirm their Judaism and to agitate for the right to emigrate to the State of Israel seemed like a page out of the most heroic episodes of Jewish history. Like generations that came before them, Soviet Jews refused to let government authorities rob them of their spiritual birthright. Upon my return home to New York, I began, what would become, a lifelong commitment to being an activist for Soviet Jewry and, by extension, for human rights and liberty around the world. The Soviet Jewry part of that story came to a climax when I helped to organize the historic Summit Rally for Soviet Jewry on December 6, 1987 behind the U.S. Capitol in Washington D.C. It was the day before Soviet Premier, Mikail Gorbachev was to meet U.S. President Ronald Reagan at the White House. At the time, I was the executive director of the Jewish Community Relations Council of Washington D.C. and those twin events would put in motion a change in policy that led to more than a million Russian Jews leaving their country to emigrate to Israel and points west.  It would also bring about the total collapse of the Soviet Union.

About a month ago I was contacted by the person who led my first trip to visit Jews behind the Iron Curtain, Rabbi Jonathan Porath. “Johnny” as I had always called him, had just published a book about his lifelong crusade to support the Jews of Russia. Here We All Are: 175 Russian-Jewish Journeys tells the story not only of the five USY summer programs that Johnny led, but of what came next. I have often bemoaned how poorly the Jewish community has told the Soviet Jewry story. For most Jews who are a generation behind me, the story is hardly known. And yet, the story is filled with heroic Soviet Jewish personalities like Natan Sharansky, Ida Nudel and Yuli Edelstein and of a Jewish community that used political influence, grassroots organizing and thousands of visits into the Soviet Union to, essentially, save Soviet Jewry.

As for what came next, Johnny’s book tells it beautifully. Johnny made aliya to Israel with his family. When tens of thousands of Jews from the FSU (former Soviet Union) started coming to Israel in the early 1990’s, Johnny organized his community in the Ramot Alef section of Jerusalem to help them. Like in hundreds of Israeli neighborhoods around the country, average citizens helped Russian Jews find apartments, furnish them with appliances and furniture, connect them with jobs and school and much, much more.

In 1993, Johnny was invited to join the staff of the Joint Distribution Committee where he became responsible to help build an infrastructure for the Jewish community that remained in the FSU. This is a story that even I, knew only in the faintest of details. Johnny tells the story about how he and the JDC helped to build schools, synagogues, community centers across a territory of thousands of miles. The JDC even helped to create a national office to promote the academic study of Judaism in the FSU called SEFER (the Hebrew word for “book”). In so many cases, Johnny was working with Jews at this stage of his career who he had first met twenty years earlier, when he was leading USY groups like the one I participated in.

All in all, Johnny’s book tells a tale about the spirit of resilience and fortitude to survive that has been a hallmark of our people’s history for millenia. And it tells the story of one man, Johnny Porath, who made a difference.

About the Author
Rabbi Sid Schwarz is a senior fellow at Hazon where he directs Kenissa: Communities of Meaning Network as well as the Clergy Leadership Incubator (CLI), a program that trains rabbis to be visionary spiritual leaders. He is the author of several books, most recently, Jewish Megatrends: Charting the Course of the American Jewish Future. He is the founding rabbi of Adat Shalom Reconstructionist Congregation in Bethesda, MD.
Related Topics
Related Posts
Sid Schwarz