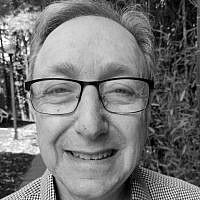 The Blogs
Philip Jacobs
Apply for a Blog
Please note that the posts on The Blogs are contributed by third parties. The opinions, facts and any media content in them are presented solely by the authors, and neither The Times of Israel nor its partners assume any responsibility for them. Please contact us in case of abuse. In case of abuse,
Report this post.

Can I make you better understand?

There are 10 US military bases around our nation named for Confederate generals.

These are the same bases where men and women of color serve our republic, our union that same cause that defeated the Confederate armies who killed federal soldiers both white and black.

Fort Lee, Bragg, Gordon, Pickett, Benning, Hill, Beuregard, Hood, Polk and Rucker. All southern generals with the blood of slaves and Union soldiers on their hands.

So how can I make you better understand what an African-American soldier must think training at a place named after a man who defended the unthinkable institution of slavery. In 11 southern states, there were 4 million slaves owned by white people heading into 1861.

Perhaps this would work.

How would you like to go to Germany today in 2020 and be given a tour of military bases training German soldiers?

Let’s visit Fort Adolph Hitler. What, why are you offended? He inspired his entire nation to destroy European Jewry; he came up with a way to kill Jews and a plan called the Final Solution. He developed such great nationalism, brainwashing generations of adults and children to do his bidding.

Let’s name a fort after him.

How about Fort Adolph Eichmann. Another Nazi war criminal, the man who implemented the Final Solution. He was captured by Israel’s Mossad while he was hiding in plain sight in Argentina. Eichmann would be the only person ever executed by Israel.

Hmm. Still don’t get what the big deal is about US military bases named for dead confederate generals?

Well, let me invite you to Fort Einsatzgruppen on your visit to Germany. It’s a lovely place to visit. It’s named after the four SS killing squads who followed the German army into Russia, killing some two million Jews one bullet at  time and burying them in mass graves.

You know General George Pickett is known mostly for his failed infantry advance at Gettysburg. He also hanged 22 captured Union soldiers who were once fighting for the south, but changed sides. He murdered them in cold blood. Pickett was charged with war crimes, and he ran out of the country to Canada to escape charges.

So why not name a fort in his honor. Oh I forgot to tell you he graduated last in his West Point class. Even more reason to name a fort for him.

You don’t get it yet?

How about Fort Rudolph Franz Ferdinand Hoss? Only you’d have to locate the fort in Poland, because Hoss was the commander of a place called Auschwitz. That’s okay, we can’t disrespect history, now can we?

Then there’s Fort Beauregard in Louisiana named after the very man who ordered the shots fired on Fort Sumter, starting the Civil War in 1861. I am sure the soldiers of color at Fort Beauregard are proud of their fort’s naming.

For me the most infuriating name is Fort John Brown Gordon, located in Georgia. He was the head of the KKK in Georgia for God’s sake!

A great name for a Fort in Germany would be Fort Albert Speer or how about Fort Goring or Fort Goebbels or Fort Himmler.

We could fill these columns with Nazis who were responsible for the genocide of the Jewish people in Europe.

Thankfully, those names will never make an appearance in an honorable fashion.

Yet in the south, men whose names meant attacking their own government, advancing the mere thought that the black man could never rise above anything other than property, are names on military bases.

We’ve started to remove statues of General Lee and Stonewall Jackson and others who tried to destroy this nation and ride their cause on the backs of black slaves.

I think the good people of color and white supporters should demand the immediate defacing of Stone Mountain in Georgia. The three huge carvings of Confederate President Jefferson Davis, General Lee and Jackson is a memorial to the rebellion. It is troubling that it is there and part of a park in Georgia.

It represents inhumanity and it is an insult not only to people of color but any person of civility who believes that slavery, lynching, Jim Crow Laws, voter suppression, racial segregation and killing of innocent black men and women by white police officers is reprehensible.

Do you get it a little better now?

Please say you do.