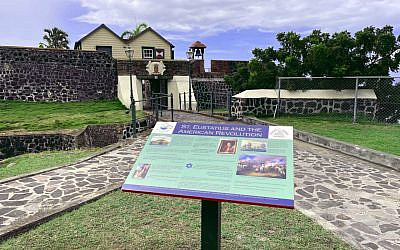 JASHP marker outside of Ft. Oranje

“They (the Jews of St. Eustatius, Caribbean Antilles) cannot too soon be taken care of – they are notorious in the cause of America and France.”[1]

The tiny Island of St. Eustatius (Statia) in the Caribbean Antilles appears as a jutting volcanic pimple from the air. It is surrounded by a fringe of land in an azure blue sea. Statia’s Roosevelt International Airfield is so short an overshot landing could put you in the sea.

After years of effort, a small historical marker was placed outside the entrance to Ft. Oranje in Statia by the Jewish American Society for Historic Preservation.

Dutch St. Eustatius was a “politically neutral” free trade port for Transatlantic and Caribbean commerce and communication.  1776-1781, Statia’s warehouses were brimming with trading goods and war materials that were largely destined for the American Revolutionary effort.

The Island and its Jews became the key to victory or defeat for America.

July 4, 1776, the Continental Congress declared American Independence. No country in the world recognized the new government… until the First Salute. 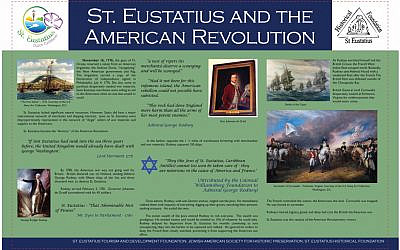 November 16, 1776, the guns of Ft. Oranje returned a salute from an American brigantine, the Andrew Doria, “recognizing” the New American government and flag. The brigantine carried a copy of the Declaration of Independence signed in Philadelphia, July 4, 1776.[2] She also came to purchase desperately needed war materials. Saint Eustatius merchants were willing to sell to the Americans when no one else would or could.

St. Eustatius lacked significant natural resources. However, Statia did have a major international network of merchants and shipping interests. Jews on St. Eustatius were disproportionally represented in this network of “illegal” sellers of war materials and supplies to the Americans.

St. Eustatius became the “Armory” of the American Revolution.

“If Sint Eustatius had sunk into the sea three years before, the United Kingdom would already have dealt with George Washington”.   Lord Stormont 1778

By 1780, the American war was not going well for Britain. Britain declared war on Holland, sending Admiral George Rodney, with fifteen ships of the line and three thousand men, to destroy St. Eustatius.

“A nest of vipers (its merchants) deserve a scourging and will be scourged.”

‘Had it not been for this infamous island, the American rebellion could not possible have subsisted.’

‘This rock had done England more harm than all the arms of her most potent enemies.”

“They (the Jews of St. Eustatius, Caribbean Antilles) cannot too soon be taken care of – they are notorious in the cause of America and France.”

“Once ashore, Rodney, with anti-Semitic animus, singled out the Jews. He immediately robbed them with impunity of everything, digging up their graves, searching their persons, seeking treasure. He exiled the men.

The stolen wealth of the Jews enticed Rodney to rob everyone. The wealth was prodigious. He needed money and he would be entitled to 1/16 of whatever he could take.

Rodney delayed his departure from St. Eustatius for months continuing to lure unsuspecting ships into the harbor to be captured and robbed. He ignored his orders to keep the French fleet closely watched, preventing it from supporting the American war effort.

As Rodney enriched himself and the British Crown, the French West Indian fleet escaped north. Belatedly, Rodney sent Admiral Hood with a weakened fleet after the French. The British fleet was defeated outside of the Chesapeake Bay.

“The French controlled the waters, the Americans, the land. Cornwallis was trapped. He was forced to surrender. Rodney’s hatred, bigotry, greed, and delay had cost the British the American war.” 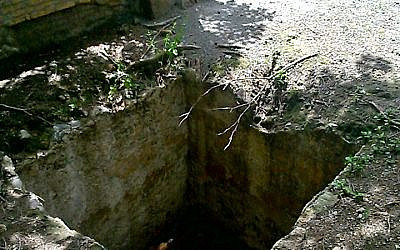 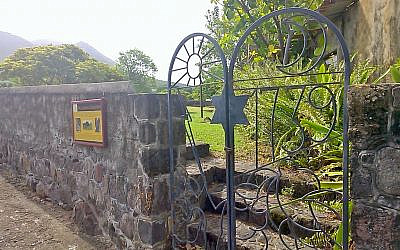 Rodney was outraged when he encountered the Island’s Jews. His brutality was cruel and relentless. Rodney did not dare to do to French or Spanish traders on Statia what he did to the Jews.  The Jews had no defenders.

Ambassador Mordechai Arbell was the Israeli Ambassador to Panama and Haiti in the 1990’s. He spent over thirty years researching and writing dozens of articles about the Jews of the Caribbean. Arbell wrote re: St. Eustatius,

“The majority of the ships that sailed to and from St. Eustatius were of Jewish ownership and navigated by Jewish captains, especially those that traded with fellow Jews in North Africa and North America… In 1779 the number reached 3,531.”

Irish-British M.P. Edmund Burke protested to Parliament, 1781, what had happened to the Jews of St. Eustatius.

“A sentence of general beggary pronounced in one moment upon a whole people. A cruelty unheard of in Europe for many years… The persecution was begun with the people whom of all others it ought to be the care and the wish of human nations to protect, the Jews… the links of communication, the mercantile chain… the conductors by which credit was transmitted through the world…a resolution taken (by the British conquerors) to banish this unhappy people from the island.

‘If Britons were so injured, Britons have armies and laws to fly to for the protection and justice. But the Jews have no such power and no such friend to depend upon. Humanity then must become their protector.”[3]

Parliament did not care about Burke’s protestations…

November 29, 1947, the United Nations Partition Resolution began the birthing process of the reborn Jewish State.  May 14, 1948, David Ben Gurion proclaimed the independence of the State of Israel.

[2] An earlier copy of the Declaration of Independence had been captured by the British.  It was taken off a Jewish- owned ship bound for Europe.  The Declaration was confiscated together with letters in what the British thought was a secret code.  The letters were written in Yiddish to merchants in Holland.

[3] https://allthingsliberty.com/2017/03/admiral-rodney-ousts-jews-st-eustatius/ Journal of the American Revolution

About the Author
Jerry is the president and founder of the Jewish American Society for Historic Preservation, www.JASHP.org. He is the son of Survivors of Buchenwald and Bergen Belsen. He is a former Yeshivah student and served with the IDF in the Sinai. He is the author of over 100 articles in publications ranging from the Jerusalem Post to the Prairie Connection to the San Diego Jewish World. Jerry is frequently interviewed on T.V. and on Radio about the American Jewish experience. The Jewish American Society for Historic Preservation has completed projects in 40 US. States and in 6 countries. Over 7,000,000 people annually benefit from one of JASHP's efforts. JASHP has completed 18 projects in and for Israel. November 29, 2022, Netanya: JASHP completed the first-ever historical memorial to the central birthing event for the modern state of Israel - the U.N. Partition Resolution. - -Jewish Agency Facebook Spot. - https://www.facebook.com/yaakov.hagoel/videos/475227947933251/
Related Topics
Related Posts
Jerry Klinger