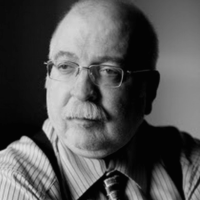 The Blogs
Denis MacEoin
Apply for a Blog
Advertisement
Please note that the posts on The Blogs are contributed by third parties. The opinions, facts and any media content in them are presented solely by the authors, and neither The Times of Israel nor its partners assume any responsibility for them. Please contact us in case of abuse. In case of abuse,
Report this post.

It is one thing — as I have explained in a previous blog — for Muslim fundamentalists in power, as in Afghanistan or Iran, to dictate the content and style of education in their respective countries. The struggle to modernize and secularise schools, colleges and universities is an old one going back to the late 19th century and still never fully resolved. In many places, the efforts of reformers have been overthrown in favour of an insistence on tradition, unswerving allegiance to religious dogma, and, as often as not, a direct rejection of the humanitarian and secular standards of modern Western educational systems.

The task of reversing this trend must, of course, fall to Muslims in Muslim countries and may take yet another century to achieve. And that struggle is only part of a much wider social and political endeavour in countries as a whole. Iran, for example, has been under a varying fundamentalist regime for over forty years and shows few signs of cracking any time soon. Students from the religious minority of the Baha’is, for example, are forbidden from study at any Iranian university and many have already been expelled from classes once their religious identity is revealed.

That is a grave problem for Muslims in Islamic countries, but until recently it has only had consequences for Western states.  However, there are signs that too may be changing, albeit it at a much slower pace. I have just read about a professor at Bristol University who was giving lectures about aspects of Islam to his undergraduates. On this occasion, members of the university’s Islamic Union decided to complain about the content of these lectures, claiming them to be Islamophobic. Threats were made, forcing this man and his family to go into hiding. There was plenty of precedent for fundamentalist Muslims willing to murder a wide range of teachers, journalists and politicians, and Professor Green had little safe option than to remain at an unknown location. Meanwhile, the university launched an investigation into the student claims. After weeks of careful analysis, the committee with responsibility for the inquiry concluded that the professor’s lessons had not been Islamophobic. At the same time – and this is the core of my concern – his course was suspended.

Green himself is currently on medical leave, but his position becomes neutral in a few months, when he retires from his post. However, what we are left with is another example of the unwillingness of a Western authority to stand up to pressure from Muslims crying Islamophobia. I do not mean that Islamophobia is not a real phenomenon or that no action should be taken to punish real Islamophobes. But claims of Islamophobia when joined to hot-headedness and a believable threat of violence take matters out of the hands of universities, police, and the judiciary. We all remember the scandal that erupted when Salman Rushdie, himself a Muslim by birth, published his novel The Satanic Verses, and we cannot forget the bloody attack on journalists belonging to the French satirical magazine Charlie Hebdo. Other examples abound. Extremist Muslims insist on having the last word when it comes to their faith. And this means that one ideology and only one ideology among the many thousands on our planet is guaranteed an uncritical presentation. That in itself is a dreadful outcome for rational thought and freedom of speech.

It is not only extremist Muslims, as individuals or organizations, who impinge their beliefs on Western understanding of their faith. Numerous wealthy Muslim countries such as Saudi Arabia or Qatar use their exceptional funds to pay for teaching and research in Western universities and institutes. Some lecturers and professors and departments deal with Islamic Studies and how these are taught and written about in a manner that conforms to the  self-perception of the funding states.

Something like this happened in the case of the present writer in the 1980s when I taught Arabic and Islamic Studies in the Religious Department of Britain’s Newcastle University. My post was funded by the Ministry of Higher Education in Saudi Arabia on annual basis. The Saudis informed themselves of the content of things I taught, which included classes on Shi’ism and Sufism, two vital aspects of Islam when understood globally. Neither subject meets with the approval of the Sunni majority, not leat a taught in Saudi Arabia. After a few years, I was dismissed from my post by my department head and a Saudi lecturer was brought in in my place. As far as I understand it, this new teacher had a PhD in English Literature and no formal qualifications in Islamic Studies. So much for objective scholarship and a secular approach to pedagogy.

Islam has been from its very start a missionary religion, and today it is still growing fast. It is time for us to take stock of it and to bring it into the same club as everyone else.