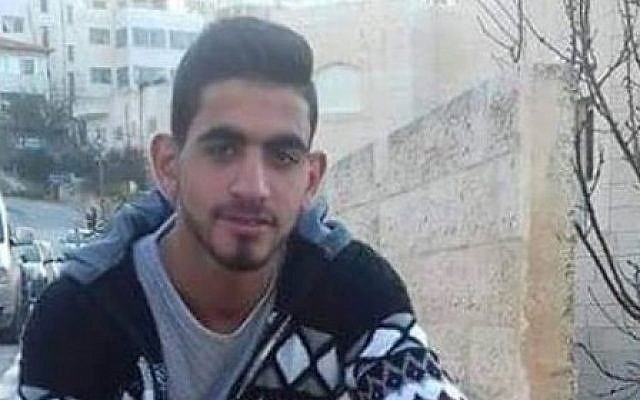 19-year-old Omar al-Abed, the perpetrator of a terror attack in the settlement of Halamish on July 21, 2017 (Facebook photo)

There are some words that modern Hebrew has given up on. The Academy of the Hebrew Language may eventually come up with official translations, but language is ultimately determined by the people (which is why its name in Hebrew is HaAkademiya).

“Terror” is one of those words. We refer to the people who commit acts of terror as mechabelim, but “terror” itself, the political/ military tactic, is untranslatable. Google טרור and you’ll get more than two million results.

Yet there is a word for this concept in biblical Hebrew, as we’ll read this Shabbat: “Do not be terrorized (taguru) by anyone.” In the noun form, it’s megora. These are the words used by Moses when he instructs the judges to carry out their holy work (Deuteronomy 1:17): “Do not show partiality in judging; hear both small and great alike. Do not be terrorized by anyone, for judgment belongs to God. Bring me any case too hard for you, and I will hear it.” The Sifre explains what this refers to:

Lest you say: “I am afraid of such a person–they may kill my children, they may set my haystack on fire, they may chop down my plantings” — thus the verse says: “Do not be terrorized by anyone.”

Thus said King Jehoshaphat (II Chronicles 19:6): “He told the judges, ‘Consider carefully what you do, because you are not judging for mere mortals but for the LORD, who is with you whenever you give a verdict.'” “For judgment belongs to God.”

Terror is not a new idea. It has always been the enemy of justice. It is only natural for a public official to think about the personal cost of a decision, the danger to their family, homes, fortune. All the more so when a ruling may imperil the lives and property of others.

But what does it mean not to give in to terror? To respond harshly, showing that we’re not cowed? That’s exactly what the terrorists want, to fan the flames, the proverbial haystack setting the whole field ablaze. To respond compassionately, to show that we will not lose our humanity or fail to see it in others? That seems like callow surrender; don’t we sacrifice the humanity of the victims by ignoring their suffering? If we change our routines, the terrorists win; if we got about our daily lives as if nothing happened, we dishonor the victims.

Since we do not have the option of presenting our case to God’s prophet, that means we have to inject the divine into our decision-making: That’s the first part of the verse: “Do not show partiality in judging; hear both small and great alike.” It’s about impartiality; it’s about listening to both sides. Ad hoc policy cannot solve endemic conflict.

This too shall pass, we tell ourselves. The exigent security needs and intolerable insults to the faith will fade and be forgotten. But if we fail to devise judicious and just policies, based on truth and peace, to address the next flashpoint, we will truly be giving in to terror.