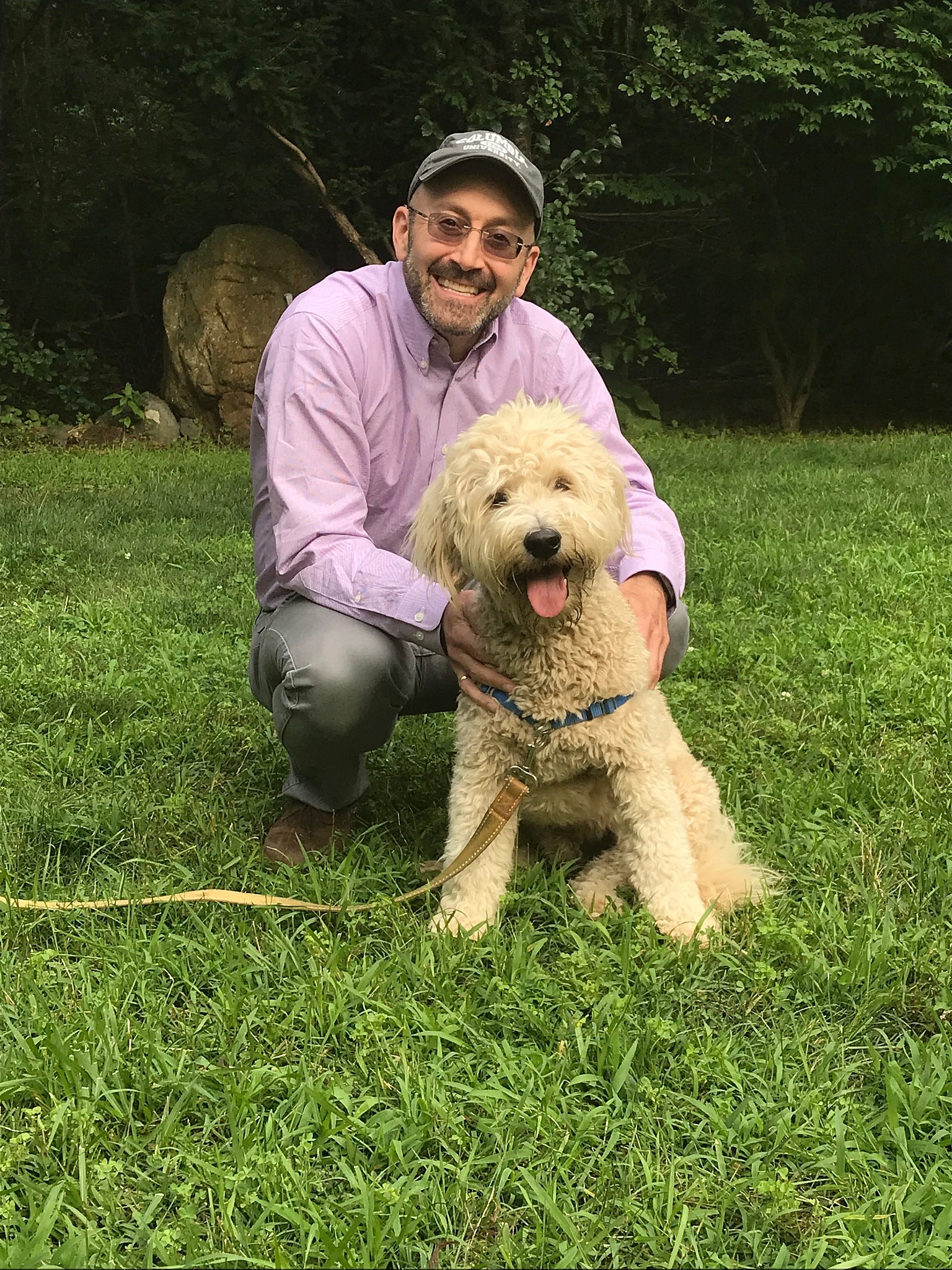 Our almost three-year-old dog Bamba gets excited when we take him for walks; actually, let me be honest, he gets WAY too excited. Bunnies, squirrels, other dogs, and people are all among the things that excite him.

So sometimes, I take him out at night on a route where I hope there will be fewer distractions. That is exactly what I did a few weeks ago and everything was fine. Since it was going well, I decided to take him a bit farther instead of turning home. We came to an open area down our block where Bamba looked up at the sky. There was a plane flying overhead with its flashing lights. At first, he simply stared at it. Then thinking it was some kind of enemy, or maybe a UFO or an alien ship coming to attack, he got quite excited. He jumped on his back legs, leaping and barking at the plane.

Now, every time he sees a plane, he must think it’s a rabbit. Even large stars and planets sometimes rile him up. Boy, did I regret that decision to take him a bit farther.  Sometimes, it’s just better to go home.

While that type of regret is on the minor end of the spectrum, sometimes our regrets are much more significant. They can be hurtful words that should not have been said or emails that we should not have sent. Or they can even be larger about major decisions or patterns of behavior that have been unhelpful or even destructive.

The story of Noah contains one of the most challenging moments of regret in the Torah.

Last week, we read of the world’s creation, the birth of people and their missteps, even the first murder. 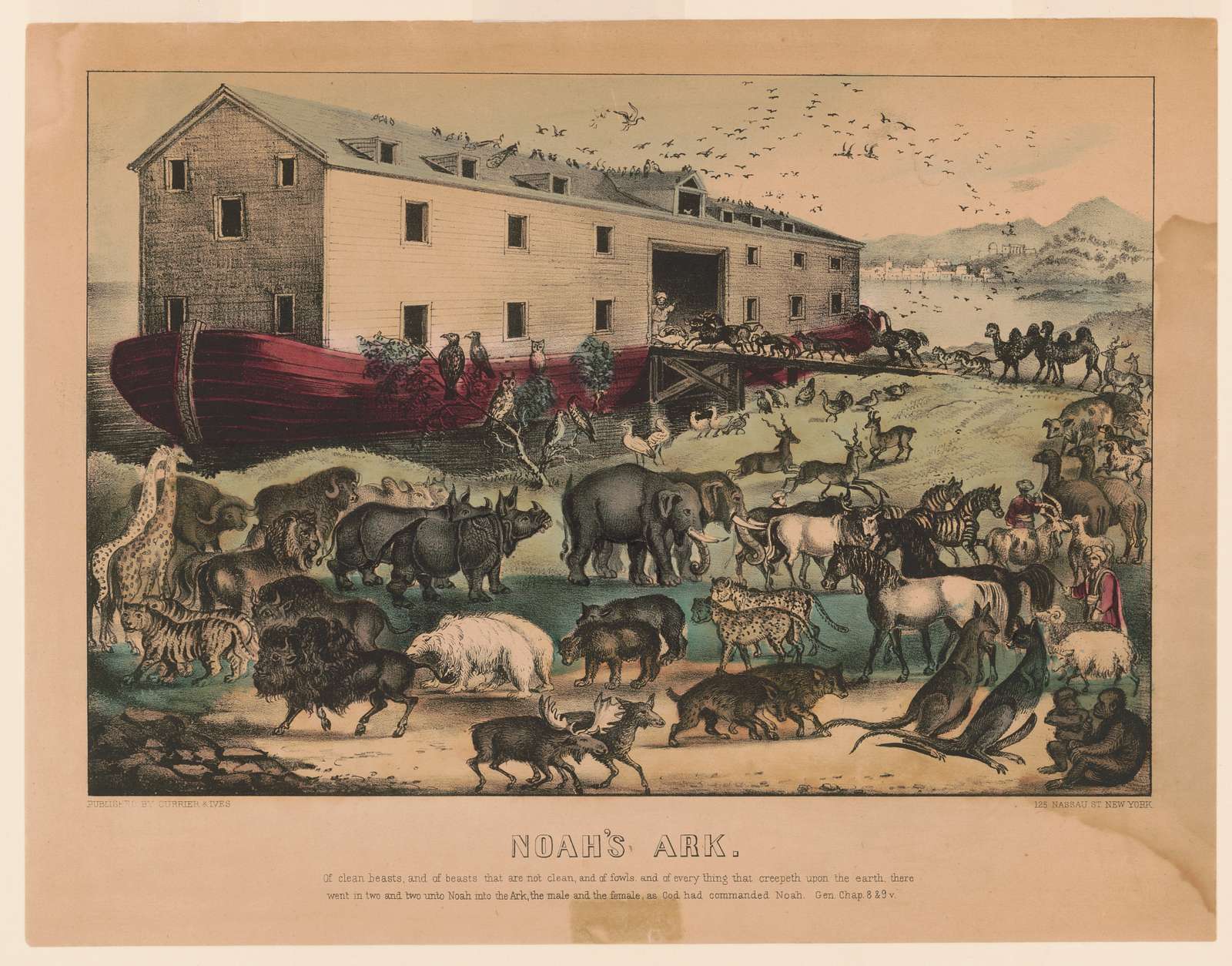 Noah’s Ark by Currier & Ives (Hand-colored lithographic plate c. 1856 from The Library of Congress in the Public Domain)

But this week, things get worse. God sees that the people have become so wicked that the Almighty feels that the entire earth must be destroyed except for Noah and his family and two of every creature. As the text states in the closing verses of last week’s parashah, God realizes that “every plan devised by [people’s] minds was nothing but evil all the time – rak ra kol hayom.

Things have changed quickly; last week, we read about how human beings are seen as the crown of creation and told that they will have power over the earth, that they are to tend to the planet, and now: God regrets their creation.

Building on these contradictory assessments of the value of humans, the rabbis weave a midrash, a rabbinic narrative. They point out that when God created human beings, the text reads “Na’aseh adam B’tzalmeinu – let us make human beings in our image.” (1:26) To whom is God speaking and why is the text plural? Isn’t one of the major teachings of the Torah that God is One? Monotheism?

The rabbis write a midrash to deal with these problems.

Not only does this midrash address the plural problem – to whom is God addressing (here, the angels which I understand metaphorically), but it also points to the tension: are people good or not? In the end, God created people indicating that although the Holy One is aware that people can do evil, in the end, they are worthy of being created.

But just a few chapters later, that disappears. God regrets the creation of people. How can God regret and even more so, be sad about this?

On a simple level, this is an anthropomorphism – when we ascribe to God human traits. The authors of the Torah describe God in human terms. Perhaps this makes it easier to relate to God. 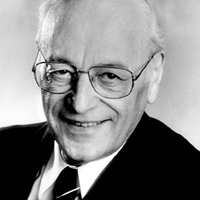 Nahum Sarna, the great biblical commentator, explains it: “the need for such usage arises from the inherent tension between God’s transcendence and (His) [God’s] immanence. On the one hand, (He) [God] is conceived to be wholly outside nature, omniscient and omnipotent, sovereign over time and space. On the other hand, (He) [God] is also immanent in the world, not withdrawn from it, a personal God who is actively engaged in the lives of (His) all creatures, approachable by them and responsive to their needs.”

Sarna explains that there are two ways of describing God – one is that God is beyond anything we can conceive of or relate to personally. And that may be what God is – certainly for many people. As the book of Numbers states “God is not capricious, or mortal to change (His) [Their] mind.” (23:9) And similarly, in the book of 1 Samuel “God is not human to change God’s mind.” (15:29)

As Sarna points out in all these cases the same root nun-het-mem – naham is found, meaning regret. So, the Torah and the Tanakh understand that God does not change the Divine’s mind in the way we do, but described it as such so that God could feel more accessible.

I want to offer another way to look at it. Perhaps God is described as regretting because the Torah wants us to learn the importance of regret.

This feeling is part of the process of reflection. It can help us look at ourselves through a lens that can help us evaluate our actions, opening a door for us to change our behavior.

The rabbis teach us that we should imitate God’s actions, that God sets the paradigm for behavior and we should follow in the same path.

For God to regret something and be saddened by it, opens the door for all of us to do the same. While it may not be helpful to regret creating the world, and then destroy it (and that is another topic for another day), it is helpful to see God as re-examining God’s actions. 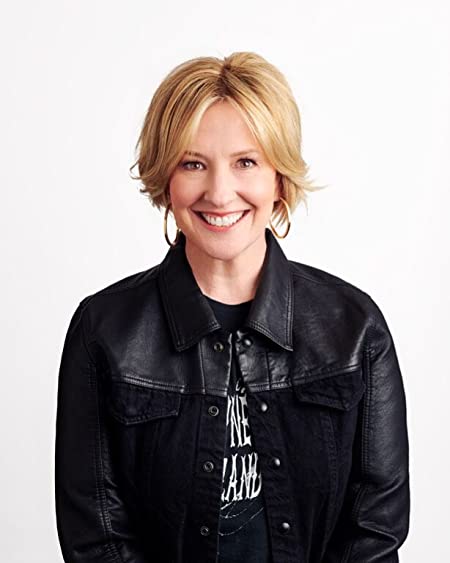 Brene Brown, the acclaimed researcher, and author, reminds us that living with ​“‘No regrets’ doesn’t mean living with courage, it means living without reflection. To live without regret,” she continues, “is to believe you have nothing to learn, no amends to make, and no opportunity to be braver with your life.”

Regret is an emotion that can serve a constructive purpose; it can help us in the process of teshuvah of asking for mehilah – for forgiveness which can lead to nehamah – comfort or consolation – from the same root we have been discussing.

It’s important to note that too much regret is probably not helpful; finding the right balance is critical.

Just as God reflects and regrets so too should we learn to do the same. That is how we learn to become the best version of ourselves, the people we are yet to become.

Whether it’s teaching a dog or parenting a child or living with a partner or being in a community, we will all have moments of regret; hopefully, those will help us reflect, making different choices in the future.