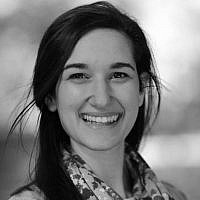 Two weeks before I made aliyah, I caught up with the rest of New York City and listened to the Hamilton soundtrack. Okay, I also watched several episodes of Ham4Ham and cast my lot into the daily drawing, thinking maybe G-d would grace my last weeks in the US with a ticket to Broadway’s most popular show (in case you haven’t heard, the only way to get tickets in a reasonable amount of time and for a reasonable amount of money is by entering a lottery. After each drawing, 21 lucky people get orchestra seats for $10 a pop).

All year long, co-workers, friends, and the occasional fellow subway rider insisted that this musical was absolutely brilliant, like nothing else out there. Lin-Manuel Miranda has brought a whole new genre of auditory euphoria to the masses, and there’s no reason to miss out on the revolution.

But it’s rap, said the hesitant little voice in my head amid the sea of recommendations, and rap doesn’t speak to my soul. I was quite content with my classic Broadway playlist on YouTube, so, by fault or fate, I wasn’t going to embrace Hamilton unless something significant steered me toward reconsideration.

That something was the pre-aliyah packing process. As a single 20-something, I’ve only been able to accumulate whatever fit in storage-less Washington Heights apartments, my room in New Jersey, and whatever my grandmother let me store in her basement. I didn’t think it would take hour upon hour to unpack, sort, trash, clean, and repack all of my earthly possessions — but it did, and during those hours, I needed something to keep me awake.

Leaving life as I knew it in the US to pursue what was up until this summer a longstanding dream killed my usual preference for sugary sweet pop songs. I listened to Torah lectures and TEDTalks, and those kept me going for a while, but there comes a time when music is the only thing that gets through to the heart. Les Miserables, Cats, and even High School Musical kept me alert and agile, but I needed something more; something thought-provoking and relevant; something historic, idealistic, and cognizant of the space where dreams and reality meet. In essence, I was looking for something that reflected what I was going through.

I knew a little bit about Alexander Hamilton. During my time in the Big Apple, I visited the Museum of American Commerce and Hamilton’s (restored) Harlem house, both of which gave the basic narrative of his life story. The short version goes like this: Hamilton was born to unmarried parents (a social blight at the time) in the mid-1750s, in the Caribbean, where he spent most of his childhood. After his father abandoned the family and his mother died, the orphaned Hamilton was passed from relative to relative until he arrived in New York, where he put his smarts and drive to work. It didn’t take long for him to take off in the intellectual and political circles there, where he attended Kings College (now Columbia University), became a lawyer, noted writer, and eventually the second in command to General George Washington.

While I can’t vouch for Hamilton’s level of accuracy (there are plenty of other web pages dedicated to that), it aptly tells the tale of an immigrant who came “impoverished, in squalor” and worked his way up “by working a lot harder, by being a lot smarter, by being a self-starter.” Miranda’s Alexander Hamilton has a grittiness that’s ostentatiously idealistic, legacy-centric, and unceasingly eager to make a difference. As a new immigrant, each of those drives played a part in my choice to disassemble and reassemble my life. Thank G-d, life in America was and is good. I wasn’t running away from something, but toward the focus, values, and legacy that I want to define my life.

See, there’s something that Miranda’s Hamilton – and perhaps the real Hamilton – knew about being an immigrant: immigrants can’t be successful without believing their stories matter. Of course, everyone, whether they move to a new country or not, has a life story that matters. Immigrant stories, by default, amplify this truth because starting over – acclimating to a new culture, and language, and any challenges that ensue, all follow this one move they made. As I folded my clothes and nearly mummified my toiletries in cling wrap, I couldn’t help but feel that, like Hamilton, “I’m just like my country – I’m young, scrappy, and hungry” and that though I was taking a risk, I was also ready to put my all into “not throwing away my shot.” This is my way of “thinkin’ past tomorrow,” the next year, and the next decade.

For the last 68 years, Jews have had the shot to make Israel home. No matter where I lived or what I accomplished in America, I couldn’t get through a day without thinking about building my life in Israel. This year, I knew it was time to decide whether I really wanted to make Aliyah, or if  I would put away with my other forgone dreams. I tried to talk myself into staying at some points, believe me. Jewish life in America is rich, meaningful, and immensely growth oriented. Yet deep down, I always knew that if I didn’t take the historic shot in my grasp, I’d wonder about it every day of my life. So, Baruch Hashem, I’m here, investing everything I have, because I want to be a part of this miraculous unfolding story called The State of Israel.

It’s been a month since the big day, and though I’ve ceased binge listening to Hamilton, its sentiments have stayed with me. A new chapter of my life has begun: I’ve received my Teudat Zehut (Israeli ID card), experienced the DMV-style systems at the health clinic and bank, and formed friendships with Jews from across the globe who are also starting out at Ulpan Etzion. Though I left New York City, the words of Miranda’s Schulyer Sisters come to mind, with a few alterations, each time I get a glimpse at the Jerusalem hills:

Look around, look around at how lucky we are to be alive right now.

History is happening in Jerusalem and we just happen to be

In the greatest city in the world. 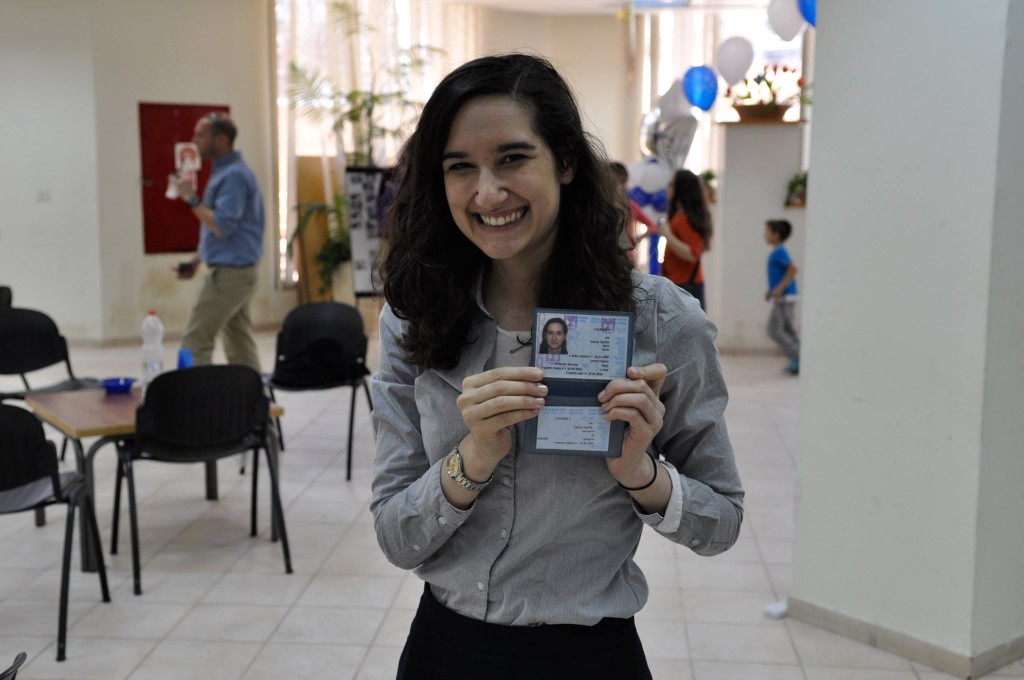 (Oh, and Bubbie, thank you for making me watch the Tonys.)

About the Author
Eliana is a project manager and writer living in New York. An experienced Wandering Jew, she's lived in 10 cities (so far) including a state capital (Albany), a country's capital (Jerusalem), and the most diverse county in America (Queens).
Related Topics
Related Posts
Comments