Several days ago, we read a super-sized Torah portion in the middle of Leviticus containing 144 verses, two of which are quoted endlessly.

And if a man lie with a male, [as] lying with a woman, both of them have committed abomination: they shall surely be put to death; their blood shall be upon them. (20:13)

That’s one translation, at least. But every time I encounter these two verses, I feel I understand them less, and not just because society’s understanding of homosexuality has changed so much over my lifetime (and I’m only 35). There are so many textual riddles here. Why does the Torah use a sui generis term for this sexual encounter in Chapter 18? Incest is referred to as “uncovering nakedness,” adultery and bestiality as “putting your seed,” but this is different. It’s certainly not unique in being termed an abomination, because this term is applied to all of the listed sins in the final verse, which all share the status of hok, decree, fiat, a royal edict beyond logic (as Yoma 67b states). Or what does “as lying with a woman” mean, especially considering that a virgin is defined (Numbers 31, Judges 21) as one “who has not known [a man, as] lying with a male.” The word “as” doesn’t even appear in the Hebrew text of any of these verses. What does this all mean?

I don’t know, but others certainly maintain that they do. Last week, Rabbi Dr. Gidon Rothstein, wrote on the Hirhurim blog a post entitled Why Homosexuality Is Different in Our Times, which is basically a battle-cry for hardline Jewish opposition to homosexuality in this permissive era. I use the term “battle” because he does, a dozen times, alongside a parting call “to wage the war” and references to both morality and casualties (four times each). 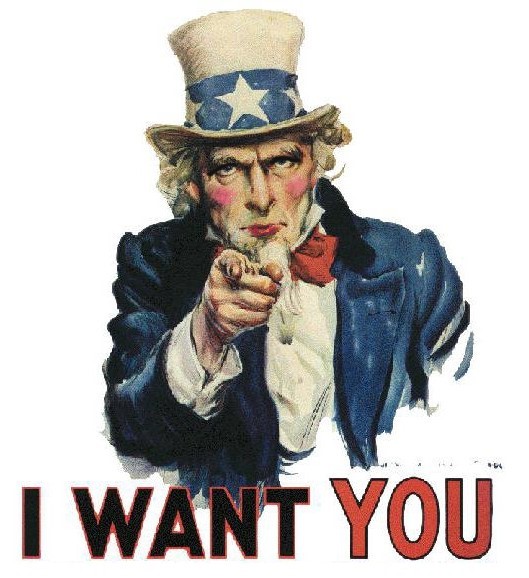 …but not like that. Unless you’re girls; the Torah is fine with marrying your uncle.

I wasn’t sure what he was suggesting, and I noted that, despite what some of our ancient sources say, we hardly talk about eradicating Amalekites or zealously striking down inter-marriers from the pulpit. Should we adorn synagogues with “Hashem Hates Homos” placards, shunning their relationships and families? He responded (promptly and politely):

Yossie, Nice to hear from you. I don’t have any reason to believe that God hates homosexuals, but I do know that God doesn’t want homosexuality to occur, in any of its forms. As you could see from earlier comments, I don’t think homosexual families are any big boon, and it’s not a question of charging into people’s bedrooms– they are bringing their bedrooms to our attention, and very insistently so! And, by the way, other than the barriers of dina de-malchuta, the fact that we don’t have a Davidic king, etc., I’m not sure why you’re so comfortable dismissing simple halachot on the books, just like any other ones. That ease of rejection is such a big problem in the Jewish world– so many of us, as this discussion shows, no longer feel bound by plain, simple, undisputed halachot. 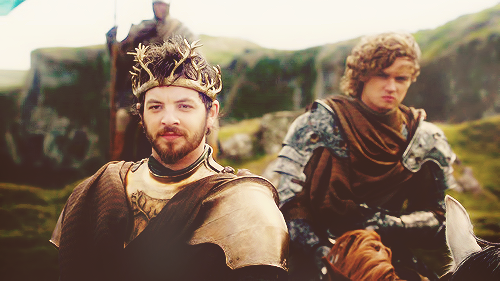 Now that’s a Davidic king. And he’s off to wage war!

So, there you have it: shucks, if it weren’t for dina de-malchuta (the obligation to follow civil law) and historical misadventure, we could apply these halachot (laws) simply! Now, you may think that perhaps R. Rothstein doesn’t believe that homosexuals exist, as some people don’t believe in getting pregnant from rape. There are certainly fundamentalists of a number of faiths who believe that “We don’t have gays,” as Iranian President Mahmoud Ahmadinejad put it. However, R. Rothstein clearly believes that gays do exist, as he states in the very same comment:

My plan is that anyone who decides or realizes that he is a homosexual resign himself to a life without sex, and then find a way, in consultation with confidants and therapists, to build as fulfilling a social life as possible…

Thus, homosexuals exist (by decision or realization), “but I do know that God doesn’t want homosexuality to occur, in any of its forms.”

So why does He keep making them?!

The irony is that R. Rothstein is, of course, right in his titular assertion: homosexuality is different in our times. Forty years ago, saying “I’m gay” meant self-identifying, in the eyes of society, medicine and the law, as mentally ill, never to marry, never to raise children, committed to orgies at the best and pedophilia at the worst. The average straight person had no other concept of gayness. Now, as we straights have changed, saying “I’m gay” is usually the opening to something religious conservatives claim to love: “I’m gay and I want to raise a family;” “I’m gay and I want to marry the person I love;” “I’m gay and I want to participate in a community of faith.” It’s not about loving men, but about loving a man.

That is the world we live in, or at least that’s the world which we will be living in soon. That’s the reality of “our times.” Orthodox Judaism realized half a century ago that charging into people’s bedrooms wasn’t going to keep anyone religious and it certainly wasn’t going to attract anyone new. Now is not the time to start. R. Rothstein may be summoning us to battle, but I won’t be party to his recruiting.