In Parshat Beshalach, Shmot 15:20 after the men sang “Az Yashir”, The Song of the Sea we read: “Miriam the prophetess, sister of Aharon, took the drum in her hand; and all the women followed her with drums and dancing.”

Rashi quotes the Mechilta to explain where the drums came from: “The righteous women of that generation were sure that God would perform miracles for them so they took drums out of Egypt.”

When the Jews were finally able to leave Russia, many were not able to carry their large instruments with them. However, their skills and love of music remained with them.

Many Israelis who made aliya from Russia are now music teachers in Israel’s elementary schools and have greatly enhanced the level of culture in Israel.

In 1989, the Spektors, a family of talented musicians arrived from Russia and joined my grandmother’s shul in the Kingsbridge section of the Bronx, NY. My grandmother, Reva Margolin, played the violin and appreciated music so she was very excited to meet this family along with many other Russian Jews who joined the community.

When I was in a teen theater group in Riverdale, we had the honor of having Bella, the mother, accompany us on the piano during one of our performances.

Although Bella could not bring over her Petrof piano from Russia, Bella brought her talent with her as did her nine year old daughter, Regina.

When the Spektor’s arrived in New York, the Riverdale Jewish Community Council’s Russian Resettlement Program provided them with whatever they needed including furniture and enrollment in the Jewish day school, SAR Academy. The only thing that they were missing was a piano.

Adinah Kranzler who ran a summer art camp donated a piano that was no longer needed to the Spektors. A Long Island City moving company volunteered to deliver the piano carrying it up more than three flights of stairs.

Regina Spektor is now a famous singer-songwriter and record producer yet she still never got rid of the old piano. 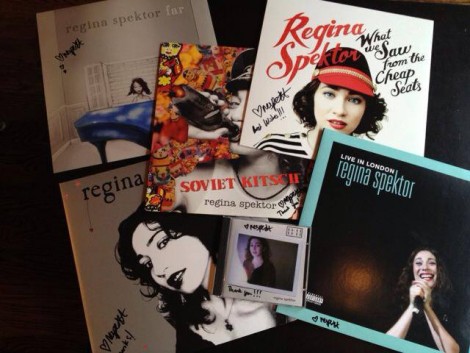 In an interview with The Wall Street Journal on November 8, 2013, Regina commented: “I always feel like the instruments we have played are our friends…you don’t abandon old people or old pets, so why would you abandon an old friend you made music with?”