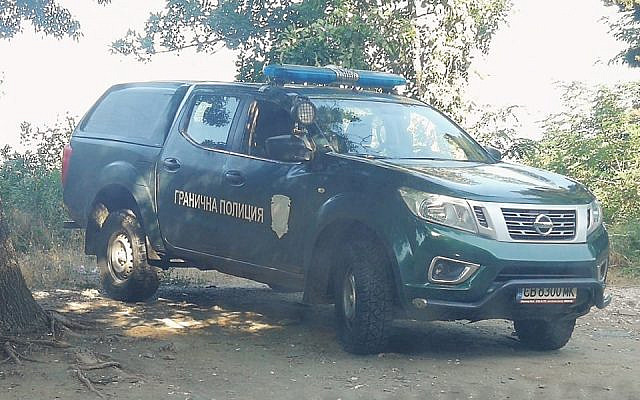 We, Israelis and Palestinians, like to complain about how the world has an opinion about our conflict. It always sounds like “they are against us.” But what if I take you to a place where we all face xenophobia, racism, and sexism. A place where the law has created an environment that cherishes intolerance and enshrines outrageous behavior and inhumane attitudes.

It was our long-awaited vacation when the three of us – my sister Masha, my mom and I – drove from our hometown in Bulgaria through Macedonia, Albania, and Greece. Masha and I made aliyah years ago and we usually visit our parents at least twice a year.

Bulgaria is a country in the very heart of the Balkans, and I always thought of it as heaven on earth. It was therefore a ground-shaking experience for me to discover that it also can be hell.

A few days before the end of our adventure, a friend from Gaza told me that our mutual friend, a peace activist named Mohammed who had managed to flee Gaza, was now crossing the borders from Turkey to Greece. He would reach Bulgaria in two days, and asked me to find someone who would be able to assist him to get on the bus to Sofia from a town in the south. But I was in Albania, and I didn’t know anyone in the south. After four days passed without hearing anything from our friend, we were worried. Masha and I thought that on our way back we would pass wherever he was to take him home with us, host him for a couple of days, and let him rest on his uneasy journey.

From here on I could write long pages, but instead, I will sum up what the three of us and the five boys we found shivering in the forest went through. It was already after midnight and upon a long search, deep in the Rhodope mountains, from where Mohammed had sent us his location, we discovered him with four other boys, also from Gaza, hiding in the bushes in clouds of mosquitoes, scratched, exhausted and starving. One of them was even limping. Boys in their early twenties who, after five days of running from humans and bears in thick forests, had lost all their belongings. They had thought they could make it by following only Google Maps. When my mom saw them, she burst into tears and ordered us to drive the four boys to the nearest bus station. Because there wasn’t enough room in the car, she would wait for us with Mohammed in the forest.

After driving for an hour, we got stopped by the border police. When they saw the boys in the back, they took out their truncheons and started cursing. Masha begged, “please don’t beat them!” They called the boys talibans, dirty gypsies, criminals, rapists. Never humans.

When they brought us (now including my mother and Mohammed) to the police station, we heard those who were already there saying: “Nice prey you are bringing!” And that is precisely their language and attitude. They call their job “hunting,” and throw their illegals into the suffocating trunks of their fancy Nissan jeeps.

All day long my mother, sister and I faced psychological abuse. The police officers came one by one to tell us that what we were doing was disgusting and we would get at least five years in jail for trafficking. They also showered us with ugly comments and curses and mocked us: How come “rich Jews” would drive such an “old jalopy” as our car. In their simple minds, it was impossible to comprehend how any Jew would help someone for free, let alone Palestinians, who, as Israelis, we were meant to hate. It was a mind-bending exercise for them. Let me try to excuse those who serve in the Bulgarian Border Police.

Maybe they simply misunderstood their duty. It is perhaps the fault of the European Union for sending a message (and budget) lost in translation that they believed they were action heroes hunting for terrorists and Talibans when in reality they were detaining desperate humans in need. I must admit that there were three exceptions among the officers who showed empathy but didn’t know how to react and kept rather silent, lost in the crowd.

It was our luck that the only intelligent and open-minded human being happened to be the chief investigator, and he had the final decision regarding our destiny. As he interrogated us one by one, I gave him an entire lecture on the complexity of the conflict area we live in. I tried to explain what the peace community in Israel and Palestine means and why an Israeli would help someone from Gaza. I spoke at length about Mohammed, who is a lawyer and human rights activist, and how he sat in a Hamas jail for simply talking to Israelis, and how his being a secular, peace-seeking Palestinian already made his life dangerous in Gaza.

Upon being released, a Bulgarian group on Facebook called “Friends of Refugees” reassured us that our presence helped the boys since often refugees get severely beaten, even to the point of death. Nevertheless, the camp in which they are currently detained has extremely poor conditions, and because the EU does not consider Gaza a war zone, the boys are not eligible for refugee status. The last war in Gaza, only two months ago, left more than 8,500 people displaced, 256 killed and more than 2,000 wounded.

Ironically, the only advice the chief investigator gave us was that the boys would find someone in the camp to smuggle them to Western Europe.

Back in the cell, where squalor and misery dampened the walls, I was thinking: what a hell of a day, Jews and Arabs, Israelis and Gazans, jailed together and given pork sausages, probably on purpose but possibly out of ignorance. We heard, through the walls, the boys started to pray Eisha (the night prayer). I know Mohammed didn’t because he is not religious. But at that cursed moment of our lives perhaps even he joined, and I too said the Shema prayer.

We opened a PayPal account to collect financial support for Mohammed and the four boys, whose destiny depends on lawyers, human rights organizations, aid and friends. The campaign subject for donations is SOFIA.

I also want to file a complaint to the EU Commission regarding the inhuman conditions and attitudes of the Bulgarian border police. If you know how to do it in the most effective way possible, please advise.

About the Author
Ruth is a peace activist and among the founders of the organization "Holy Local Aliens." It is a community of locals (and non-locals) in Israel and Palestine, meeting to explore and build bridges with no ideology except friendship. They often go on exciting trips in nature or visit unique minorities in the Holy Land. Anyone is welcome to join them on their adventures! Ruth was born in Bulgaria, lived in Germany, and made aliyah seven years ago.
Related Topics
Related Posts
Comments
Advertisement