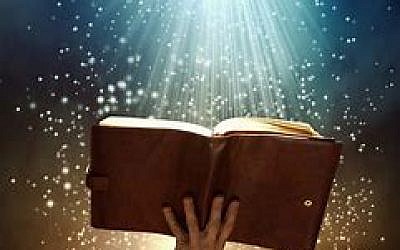 At the core of Jewish identity is the spiritual drive of helping the people of the countries where the Jews live to evolve this country’s morality toward the morality prescribed by One God and codified in the Torah – the Jews are “forced” to do this by a “genetic driver,” of course with the help of Torah education for those who have it.

Because all countries are spiritually different, this Jewish spiritual drive to advance the One-God morality everywhere has demonstrated itself differently in different countries, and Russia, Israel and the USA are interesting examples.

Russia – a country with the love for a government-tsar where a Jew can follow his/her identity only through the authoritative institutions of the government-tsar. 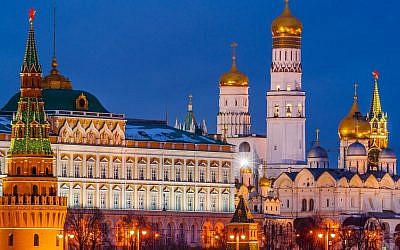 A millennium-long history of Russia has proven that the Russian are, most probably genetically, inclined to support, even democratically, a strong government which is supposed to take care of its people. The Russian people are smart, and they understand that the government is corrupt that makes it a not-caring one, but the fear of murderous consequences of a weak government makes the Russians preferring a government-tsar. And the Russian history justifies this fear.

Here are two reminders from the recent Russian history. The weak government of the Russian Tsar Nikolay II brought in 1917 the bloody Communist revolution that created the murderous gulag-based Soviet Union. The weak government after the dissolution of the Soviet Union in 1991 brought the bloody Caucasian wars, murderous terrorism and a wave of crime to Moscow and most major Russian cities.

So how the Jews have been able to express their identity in the dictatorial Russia? – The Jews were expressing their identity through the all-powerful government-tsar, not by bypassing it or working against it.

In Russia, after the Communist revolution, from 1917 until 1939, about 30% of the Russian authoritative government positions were filled with the Jews – from Leon Trotsky at the very top to the father of my wife Nathan Kravtsov at the very low, while the Jews amounted only to 2% of the country’s population. The Jews in Russia thought the Bolsheviks were fighters for the Jewish dream of the world without despots, with equality and happiness for all. Unfortunately, instead of all that, the Russian historic urge for a government-tsar brought the Stalin-tsar to the throne.

After 1991, the Soviet economy was privatized, and a large share of the privatized economy happened to be in the possession of Jewish entrepreneurs. They tried to influence the new Russian government to liberalize the economy and social life, and they succeeded – these days the Russian economy and the Russian people have much more individual freedoms in the framework of the historic urge for a government-tsar.

In Russia, in most of the life challenges the Jewish majority have been spiritually united, mostly without rabbis, despite all social and political challenges.

Israel – the Jewish country with the love for individual freedoms where a Jew feels he/she is entitled to express his/her individual identity openly without any fear. 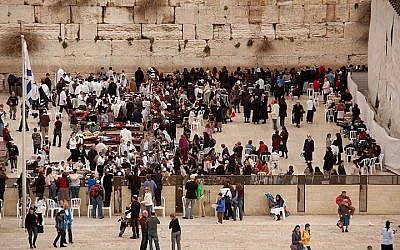 In Israel, the Jews express their identity by competing – with each other, almost individually – in all spheres of human activities. Why? – Because they feel each of them is made as a unique individual in “in image and likeness of God” with a unique understanding what is right and what is wrong. Every yeshiva, every political group, every community, every scientific cluster define in their own unique way what is right and wrong for their community, country and the entire world. Such apparent disunity may bring any other country to a civil war. However, it is not what happens in Israel. Why? – Because of a strong spiritual foundation rooted in the morality of the Torah, reinforced by the rabbis in the Exile, and invisibly present in the Israeli realm. There are no challenging non-Jewish spiritual streams that may challenge the Jewish way of life, which let the Jews remain spiritually the Jews – with the rabbis or without them. In Israel, the Jews are spiritually united, this unity is grounded in the invisible Torah guidance and the common history, and the political and social challenges are being resolved through political and social dialogue which very often looks very unnerving.

USA – a country with the love for the unique Judeo-Christian way of life where a Jew can follow his/her identity through both the institutions of the government and through multiple public institutions without any fear. 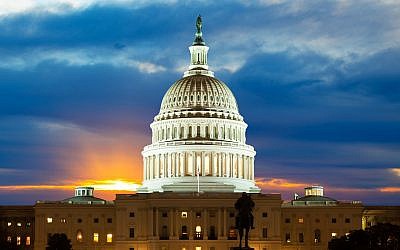 In the USA, the USA Constitution and Judeo-Christian public traditions allow the Jews to express their identity everywhere, and American Jews are using the opportunity to be influential in all spheres of American life to full extend. And they are everywhere – among the Leftists (George Soros) and Rightists (Sheldon Adelson), among the Democrats (Berny Sanders) and Republicans (Jared Kushner), among the Religious (David Wolpe) and Antireligious (Woody Allen) – they are leading in the economics (Milton Friedman) and science (Arthur Ashkin). However, it looks like their spiritual roots that have historically kept the Jewish Nation united and strong are fading – they are in the state of disunity almost on every issue of importance for the nation. Why? And here is why.