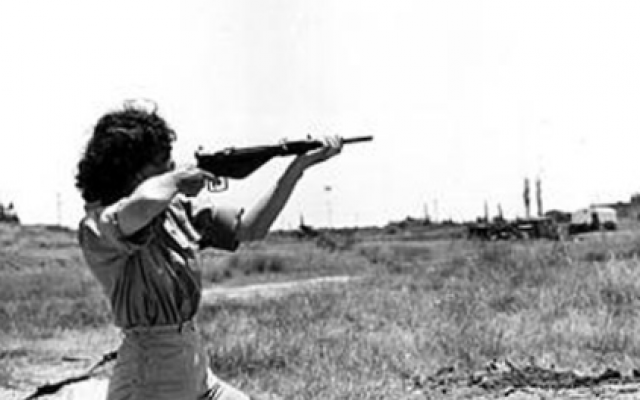 I laid to rest another Jewish Wonder Woman last week, Chasya bat Yitzhak, of blessed memory,  a Palmach fighter, a Youth of 1948. Another Jewish heroine forgotten by time.

How many times do I have to beg, plead, cry, yell and bewail until people respond to my simple request to give homage to the Palmach Wonder Women of 1948, to all the glorious Youth of 1948? Those first Maccabees in 2000 years who gave life and limb to bring forth the third Jewish State after 20 centuries of homelessness, persecution, oppression and Holocausts. I write this article with tears streaming down my face. I am a warrior, son of a warrior who grew among warriors and I am broken-hearted.

Palmach. Irgun. Lechi. Haganah. These are the names of the four underground armies whose rank and file were filled with youth as young as 13 and as old as 27, who heard the call of the lamenting Jewish Souls of two millennium and the horrific cries of the murdered Six Million Souls, and who swore they would give all of themselves, no matter the cost to birth the Jewish State and secure its fledgling beginnings as 7 Arab armies, including the Arabs of Palestine, took to the air, land and sea to engage in the genocide and total destruction of the day old State of Israel on May 14, 1948.

It was a war of a handful of Jewish Youth: 2,200 in the Palmach, 4000 in the Irgun, hundreds in the Lechi, and several thousand more in the Hagannah against tens of thousands of Arabs bent on total annihilation against a People that only two and half years earlier lost more than a third of its Nation.

From the North to the South to the West and to the East, from Metulla to Beer Sheva to Tel Aviv and Jerusalem, these glorious boys and girls swore, “On this day we will fight and sacrifice for our People. For the Souls of the Past. For the Lives of the Present. For the Jewish Children of the Future we will not let Judea fall again.”

And so these brave children – the Youth of 1948 – spearheaded across the battlefield to fight and win. The Palmach alone lost 1,165 teens in battle to secure Jerusalem, Haifa, Tel Aviv and Beer Sheva.

Each of the underground armies buried teens who would never go to university, never get married, never have children, never pass on their Jewish torch of  love, values and dreams to their grandchildren and beyond. 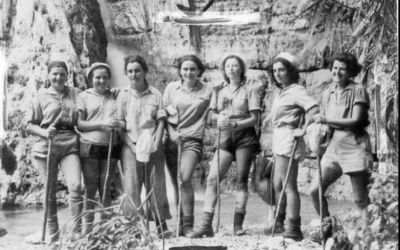 And of those that did survive the War of Jewish Independence how many would have to endure the wounds of war in silence?

But Think for a moment. 1948 was not only a war of Independence. It was the War of Jewish Independence !

It was a cosmic war of universal proportions. A nation wandering the face of the earth for 2000 YEARS to cross the deserts, oceans, and lands of the earth held at the mercy or cruelty of other nations would now stand at the Threshold of Cosmic Re-Awakening and take sword and shield in hand to fight for its INDEPENDENCE from tyranny and savage hatred.

THE YOUTH OF 1948 ARE THE FIRST MACCABEES IN TWO THOUSAND YEARS.

And when the clock of destiny chimed it was uncertain if the Jews could do battle – 2000 years had elapsed since the last Jewish revolt. Yet the Youth of 1948 took up arms and charged! With no helmets or uniforms, with bullets in their pockets, with machine guns that broke in mid-battle these incredible Youth fought to the death to raise the flag of Jewish honor and Independence.

And now 70 years later who remembers or notices or cares for the Youth of 1948?

If you had a chance to greet Maccabbees of Judah’s army would you not run to greet them? To feed them? To honor them? To clothe them? To comfort them? To learn from them? Of course, You would!

Are not the Youth of 1948 the first Maccabees in 2000 years? They certainly are!

Yet where is the love, appreciation, the devotion, the gratitude to these great boys and girls?
These once powerful, athletic, dashing, brilliant and daring youth are now in their 90s. They are frail, alone, many are poor, with failing health from their war wounds incurred over 70 years ago.
We have organizations that take care and feed the aging Holocaust Survivors, but where are the organizations to take care of the Youth of 1948?
My own Father, the conqueror of Har Zion, the commander of 21 Palmach teens who with his amazing warriors saved 1,700 Jewish men, women and children from the Old City had no one but me, to take care of his frail and weakened health which he had succumbed to because of the shrapnel he received at the Battle of Katamoun. 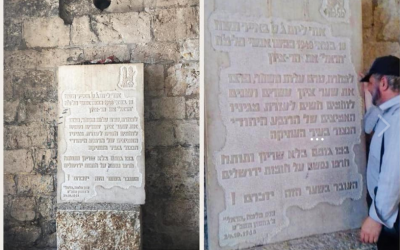 Other warriors, other Youth of 1948 I have met, barely survive.
But these men and women – these Warriors  – will never tell you of their pain and sorrow.
But there is a day I will never forget. It was Rosh HaShannah, 2012. I was privy to a conversation between an Irgun fighter and my Father. The Irgun fighter came over to my Fighter who was sitting in the lobby of the shul. In Hebrew he said, “Commander Schwartz. On our backs they got everything. And they have forgotten us.”
And my Father nodded.
At that moment I beheld, understood and felt the terrible anguish these proud warriors feel but never show.
Since that time I have asked countless of people to just show a little love, a little gratitude, a little appreciation to the Youth of 1948.
I met Michael Cohen, a wonderful man, teacher, writer and Zionist who too has the same desire to bring a little happiness to these great boys and girls of 1948 before they pass away.
I have, we have, asked so many people, including celebrities to make a Thank You video message. All promise but none fulfill. Promises. Promises.
How many more of the Wonder Women and Men of 1948 will be left to fade away?
Let Chasya Bat Yitzhak be the last one.
About the Author
Rabbi Avi Schwartz, is the son of the Palmach Legend, Motke Eish HaGarzen, Motke the Axeman. His Father was the commander that led the 21 Palmach Warriors who conquered Har Tzion ( Mount Zion), King David's Tomb in 1948, rescuing 1,700 Jewish men, women and children from the onslaught in the Jewish Quarter of the Old City. Rabbi Schwartz is both a Black Hat Rabbi and Zionist activist. A filmmaker and writer, with works in Netflix, he is also the creator of the first apps against BDS: Fight BDS and BDS Myth Busters (BDS Myth Busters is sponsored by the Hollywood icon and anti-BDS activist Roseanne Barr. Rabbi Schwartz is the VP of Digital Marketing and Director of Energycite, a breakthrough technology in energy conservation. He also is the founder of Torah Teen Palmach Center, training teens to be future leaders in the tradition of the Palmach.
Comments