When I take tourists around Israel, they often are in awe of the remains the single greatest builder in the history of the Land of Israel, Herod the Great.  In archaeological circles, Herod is known as being one of the most imaginative and energetic builders of the ancient world. He is also recognised as a master architect and planner. Herod ruled from 37-4 BCE.  What is quite incredible, is that the man behind these grandiose construction projects was utterly crazy.

He rebuilt the port town of Straton’s Tower, renaming it Caesarea, in tribute to his patron (Octavian) Augustus Caesar (27 BCE–14 CE). Caesarea became the largest port city on the Mediterranean coast, complete with the most modern amenities of a Hellenistic polis: A deep-water harbour, fresh water brought from distant springs via aqueducts, and a temple to the divine Caesar. Herod also restored many palace-fortresses, including Masada and Machareus on either side of the Dead Sea, and constructed many new fortresses both for strategic reasons and as places of potential refuge for himself and his family. To ingratiate himself to the Jews, Herod rebuilt the Temple Mount and the Second Temple, the Jewish people’s holiest and central institution, thereby creating one of the wonders of the ancient world. 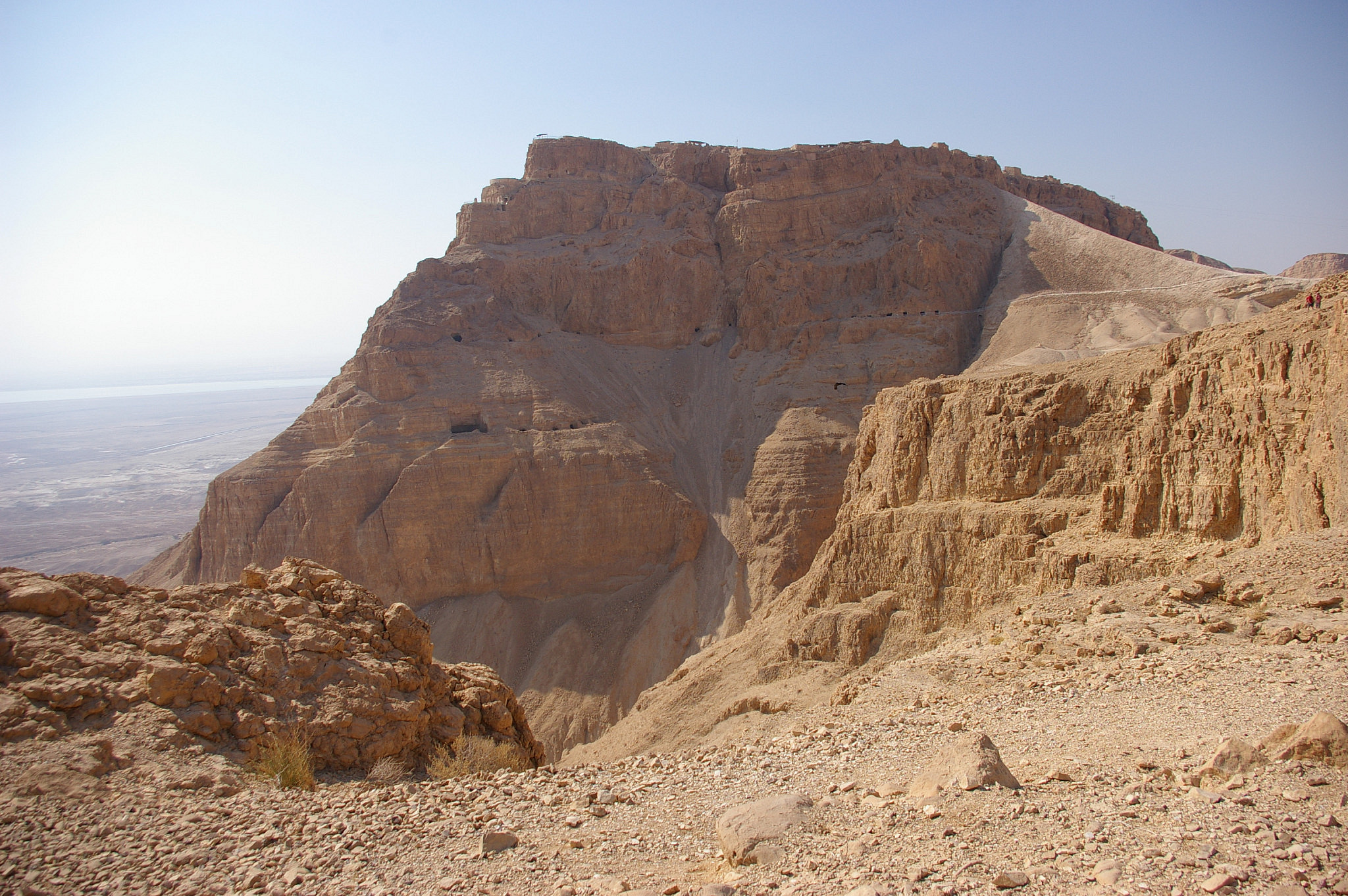 Nevertheless, despite all this construction, in the words of Hyam Maccoby,

Herod failed completely to reconcile the Jewish people to the membership of the Roman Empire. Although outwardly successful, his personal life became more and more gloomy, he became isolated from his people, and he died a friendless tyrant.

Herod recognised that one of the prime reasons behind his unpopularity among the masses in Judea was that he had replaced the Jewish Hasmonean dynasty, whose rule was romantically, if somewhat myopically, recalled by the citizens of Judea as a “golden age” of Jewish sovereignty, when Jews were ruled by Jews in their own land. Further exacerbating the Jews’ antipathy toward Herod was the fact that his regime had begun with the execution of the last Hasmonean king, Mattathias Antigonus, and the massacre of his supporters by Herod and his Roman soldiers.

Herod attempted to mollify the Jews by divorcing his first wife, Doris, and marrying Miriam (Mariamne), who, as the granddaughter of Hyrcanus II, was a Hasmonean princess. He calculated that this would lend an air of legitimacy to his reign. Miriam and her two sons, Alexander and Aristobulus, were indeed beloved by the masses. Following the same logic (and with much maneuvering behind the scenes by his mother-in-law, Alexandra), Herod appointed Miriam’s brother, Aristobulus, as the High Priest. However, Herod soon became aware of the young teenager’s popularity, which was based on his good looks, charisma, and Hasmonean roots: “He seemed to be exceedingly comely, and taller than men usually were at that age.” (Josephus, Antiquities 15:3). He felt that the Hasmonean threat remained. After Aristobulus received a warm ovation from the crowds of worshipers at the Temple on Passover, Herod, fearing that the young man might one day usurp his throne, invited him to one of his palaces in Jericho and had him drowned.

Thus began a long spiral of murder and purging that would increase with Herod’s own descent into the abyss of madness. The outward grandeur and prosperity of Herod’s reign concealed the increasing turbulence of his private life. After the murder of his brother-in-law Aristobulus, Herod was pathologically mistrustful and determined to slay any remnants of the Hasmoneans and their supporters. Furthermore, the frequent conspiracies of his large and fractious family brought out his cruelty and paranoia. He lured his wife’s grandfather, the aged and mutilated Hyrcanus II, to Judea and had him murdered. Herod went on to murder his beloved wife Miriam in 28 BCE, on the prodding of his sister Salome.  Yadin Roman observed that,

Miriam, as befits a genuine princess who had been true to Herod, refused to defend herself against the [trumped-up treason] charges. The last Hasmonean queen went to her fate with confidence and nobility.

According to Talmudic legend (Bava Batra 3b), he then proceeded to preserve her body in honey and possibly engage in necrophiliac practices. He also killed his mother-in law, the Hasmonean Alexandra, as well as his uncle Joseph. Miriam’s two sons, Alexander and Aristobulus, survived into adulthood but were strangled to death upon their return from their education in Rome. Herod subjected them to a travesty of a trial based on false accusations of treason by their half-brother Antipater. Antipater himself was executed just a few days before Herod’s own death. The emperor Augustus is rumored to have declared: “I would rather be a pig than a son of Herod.” While Herod apparently suffered from guilt and depression over some of his more vicious actions, his court was a decadent center of cruelty, intrigue, and treachery.

Despite his unpopularity with the Jewish population, Herod, with the support of his Roman patrons, managed to retain power until his death, in 4 BCE. He died a diseased tyrant, whose achievements in keeping Judea at peace, making the country prosperous, and building many grand edifices were overshadowed by his troubled personal life. Menachem Stern wrote,

[The] atmosphere of suspicion, intrigue and executions often cast a cloud over the external splendour and material success that Herod enjoyed throughout most of his life…the hostility between Herod and the people at large continued to the end of his life, and his rule was generally regarded as a time of tyranny, despite his efforts to win the sympathy of the nation.