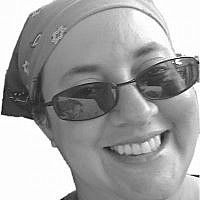 The Blogs
Jennifer Tzivia MacLeod
Apply for a Blog
Please note that the posts on The Blogs are contributed by third parties. The opinions, facts and any media content in them are presented solely by the authors, and neither The Times of Israel nor its partners assume any responsibility for them. Please contact us in case of abuse. In case of abuse,
Report this post. 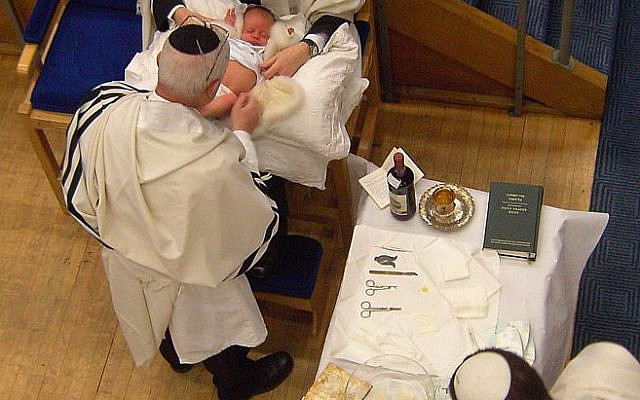 A new Jewish boy is welcomed safely into the covenant of Avraham Avinu. (Cheskel Dovid via Wikimedia)

How many of our sons and grandsons have to die before we stop protecting dangerous mohalim?  In ancient Egypt, the Jewish midwives scrambled to save every single baby boy despite Pharaoh’s death sentence.  Today, our community is nowhere near as compassionate.

Today, a plague is raging in the religious Jewish community and striking down our baby boys.  Granted, it’s a small plague, a slow plague, a little under the radar to get anyone too worked up.  But how many babies have to be harmed before it gets our attention?

The battle for bris milah

Perhaps it’s because Jewish leaders are scared that bris milah itself is under threat all over the world.  It’s a reasonable fear.  Governments in Europe, Australia, and even candidates in the U.S., are conspiring to remove the right to circumcise our babies altogether.  And even among younger Jews, bris milah, once universal, is in decline.

So maybe these leaders’ reasoning goes, “If they found out our community has a problem, that babies are actually getting sick, they’d use it to argue against bris milah and ban the practice altogether.”

But that argument makes no sense.  Because except for a few very rare situations, herpes is the primary and just about the only serious danger to babies with safe, modern circumcision.

And it’s not like the problems with metzitzah b’peh are new.  Unless the mid-1800s counts as “new.”

That’s how long the community has been aware that newborns could catch fatal diseases from mouth contact at their bris.  In the mid-1800s, with a quickly-growing awareness of how infectious diseases spread, bris milah became associated with tuberculosis and syphilis, leading most authorities to ban metzitzah b’peh.

But not all.  Then again, in a community where authorities often fall back on the line that “what is new is forbidden by the Torah,” maybe a couple hundred years actually is considered “new.”

Yet today’s leaders seem to be digging in their heels with a suspicious amount of enthusiasm given the fact that newborns’ lives are at stake.

After a few cases in 2005, Rabbi David Niederman of the United Jewish Organization in Williamsburg, Brooklyn, was quoted as saying, “The Orthodox Jewish community will continue the practice that has been practiced for over 5,000 years… We do not change. And we will not change.”

Is this guy mainstream?  Who knows?  It’s a colourful quote, and it makes a great impression if you’re the type to be cynical about religion in the first place.  If you’re the type who’s just itching to find an excuse to have bris milah banned.  Whether or not this particular rabbi is the sainted authority he makes himself out to be, his quote certainly wound up in every single article and book ever written about the dangers of bris milah.

It’s folks like Rabbi Niederman who are guaranteeing that we might just lose the battle for bris milah once and for all.

The cry of religious liberty

At one point, after a few waves of infections, New York’s then-mayor Michael Bloomberg decided to get tough on metzitzah b’peh – kind of.  “Religious liberty does not simply extend to injuring others or putting children at risk,” he declared.  Nice words.

New York brought in a new law forcing parents to sign a release form if they opted for metzitzah b’peh.  But the law was repealed just a couple of years later, probably amid a whole bunch of rabbis staunchly defending their religious right to give their newborns whatever diseases they see fit.

Sorry if that sounds harsh, but when case after case keeps turning up and nothing happens, over the nearly 30-year period I’ve been tracking this issue, it can get frustrating.

You know what else is frustrating?  Ineffective half measures.  Like Agudath Israel spokesperson Rabbi David Zweibel, who claimed in 2012 that “We’re not oblivious to what’s going on.” Hassidic mohels, he said, were “cognizant of hygiene” and that there were other things they could do to reduce the risk of herpes without ending metzitzah b’peh.

Sorry, Rabbi Zweibel, but there’s just too little upside to letting a herpes-positive mohel perform metzitzah b’peh on a newborn.

In the best-case scenario, a healthy baby exposed to the herpes virus has to endure a painful spinal tap and a battery of invasive tests and procedures.  In the worst-case scenario, he suffers seizures, fevers, or the nightmare scenario, where herpes encephalitis seizes the brain of a healthy, normal child, changing his life and the lives of his family forever.  Or death.

Ironically, as Geseundheit et al. (2004) point out, metzitzah b’peh was first initiated, in the time of the gemara, in the belief that it would protect the infant.  These days, the opposite is true:  it must be stopped if we hope to end this plague in our community once and for all.

In New York City alone, since 2006, when reporting became mandatory, there have been 19 cases of herpes following bris milah.  As a result, the New York Department of Public Health has created a pamphlet and website, Have a Safe Bris for Your Baby.  But apparently it’s not working, or not working well enough.  Or maybe 19 babies infected just isn’t enough, because kids are still being put in harm’s way.

And in a clear step backwards, a 2017 Israeli government report authored by a panel of physicians responsible for mohel oversight determined that there’s just not enough evidence.  They declare, flying in the face of logic and scientific reasoning, that the assumption that herpes might follow metzitzah b’peh is based on “circumstantial evidence and not clear scientific proof.”  They also point out, helpfully, that parents subject their kids to “situations in daily life” that are far riskier than metzitzah b’peh.  Like what?  Cosmetic surgery, dangerous competitive sports, crossing busy streets, and more.

I don’t know about you, but I wouldn’t leave my newborn to face any of those things alone.  (Crossing busy streets???)

And then, speaking of things without little scientific proof, this committee of physicians then goes on to make a series of recommendations for mohels, like swishing with Listerine, adding in a footnote that these are just suggestions, and their effectiveness “has not been scientifically proven.” (In fairness, Listerine may actually help, when used correctly.)

Fortuantely, there are some positive voices coming out of Israel, like this report (in Hebrew) by the Tzomet Institute, which rules the intersection of Torah and science.  They state in no uncertain terms that, given the clearly defined risks, metzitzah b’peh violates all acceptable medical standards worldwide, and that a sterile tube is indisputably the safest way to perform bris milah.

Plus, the Tzomet report adds – exactly as I’ve been saying – that the general public is unfortunately eager for on any news they can use to undermine bris milah.  Folks who insist on performing this ritual anyway, flying in the face of everything we know about hygiene and halacha, are just adding fuel to the fire – killing bris milah instead of saving it.

Where are the communities?

But here’s the final thing that boggles my imagination: a bris is a public event.

There’s always a minyan, at the very least.  Some are even more well-attended.  So where are all those guests when the baby is hospitalized seven to fourteen days later?  Where’s their indignation, writing to the newspaper, raising awareness, putting together a GoFundMe for the family’s medical expenses, lining up to demand that the mohel never work again?

Honestly, they probably never even found out what happened.  I’m guessing most families just bear the suffering and disgrace as privately as possible.

Because if the baby doesn’t die, if he doesn’t suffer from seizures and irrevocable brain damage, then there’s a good chance — with days or weeks of aggressive intravenous antiviral medication — that he’ll grow up to be just your normal, average yeshiva bochur.

And then he’ll need a shidduch.

Heaven help him if he happens to suffer from a — gasp — lifelong sexually transmitted disease.

Never mind that if the person who gave him the disease wasn’t a mohel, he’d be behind bars, or at the very least, required to register as a sex offender wherever he chose to live.

This profound, resonant silence is what shocks me, maybe even more than the mohalim inflicting this disease in the first place.

In the Torah, when a stranger died outside a city’s limits, the elders and leaders of the nearest city had to go out and perform a ritual called the Egla Arufa, the broken-necked calf.  The Torah commands them to declare, with the dead animal as atonement, “Our hands did not spill this blood and our eyes did not see.”

The literal blood on their hands, in this case from the calf, serves as a graphic and horrifying reminder that they should never stand by indifferently to human bloodshed if they are near enough to make a difference.

I am baffled that with the dozens of cases in Israel, the U.S., and Canada since I first became aware of this problem, there aren’t more families coming forward to talk about their experience.

Then again, I’m not baffled at all.

This is a community with a long history of hiding secrets and blaming victims.  And religious communities everywhere have closed their ranks to protect dangerous mohalim.  There is apparently, more shame in being the abused than being the abuser.

Which is why I mention the Egla Arufa.  Because unless we break the silence, unless we refuse to stand by and do nothing, we’re all complicit in the next death.  And if nobody speaks up, there will be a next death.  Another baby boy, struck down by his family’s ignorance and his community’s silence.

And his blood will be on all our hands.