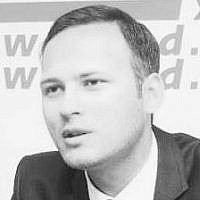 The Blogs
Ali Hajizade
Apply for a Blog
Advertisement
Please note that the posts on The Blogs are contributed by third parties. The opinions, facts and any media content in them are presented solely by the authors, and neither The Times of Israel nor its partners assume any responsibility for them. Please contact us in case of abuse. In case of abuse,
Report this post.

Everything in our life has a price, as well as in international politics. December 15, Saudi Arabia announced the formation of “Islamic coalition against terrorism”. This coalition includes 34 countries. Among them are such countries as Turkey, Pakistan, Egypt, Jordan, Lebanon, the UAE, Qatar, Kuwait and Saudi Arabia itself.

It is noteworthy that Iran and its protégé Iraq are not in the coalition, although its other protégé Lebanon entered into the coalition (probably generous Saudi financial injections into the Lebanese army did its job).

But, as with all, loyalty, too, has its price. The very next day it became known what Egypt had received, for their participation in the coalition. King Salman presented Egyptian President Abdel Fattah el-Sisi with a truly royal gift.

Namely, Saudi Arabia, will invest in Egypt a total investment of 8 billion dollars, over 5 years Riyadh will provide Egypt with oil. Besides, Saudi authorities have promised that the Saudi ships shall give priority to the new Egyptian channel during shipments.

Given the very deplorable state of Egypt’s economy, the generous gift of the king came in handy.

This year, the Egyptian economy has received blow after blow, in a year the Egyptian pound strongly devalued, the flow of foreign tourists reduced, the latest blow to the tourism industry of Egypt was a ban on flights from Russia, after an explosion of the Russian aircraft in the skies over the Sinai. Egypt also recently lost a legal battle to the Israeli side concerning the supply of gas. According to the decision of the international court, Egypt will have to pay a large compensation to Israel; its amount is over one billion dollars.

In parallel, continue the hearings with two Spanish and one Israeli private gas company. If Egypt will lose these lawsuits, the payout may several times exceed the investment from the Arab monarchies of the Gulf.

I assume, in these circumstances President al-Sisi is willing to take on any job, to somehow make ends meet.

Ali Hajizade, a political analyst, is the head of the “The Great Middle East” project

About the Author
Ali Hajizade Founder & Editor in Chief of the site www.thegreatmiddleeast.com, CEO of the LLC Hajizade Group. The author of a number of articles, related to the conflicts and processes in the Middle East and in the Caucasus, Ottoman Empire.
Comments