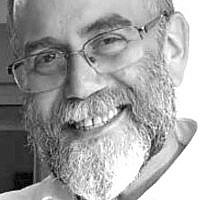 The Blogs
Matt Futterman
Apply for a Blog
Please note that the posts on The Blogs are contributed by third parties. The opinions, facts and any media content in them are presented solely by the authors, and neither The Times of Israel nor its partners assume any responsibility for them. Please contact us in case of abuse. In case of abuse,
Report this post. 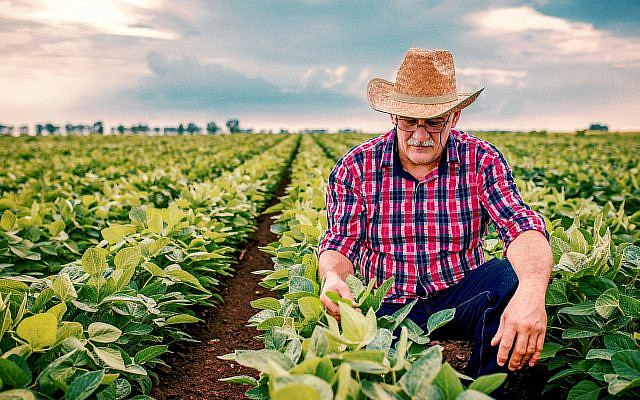 I assume I am not the only one who disconnected from the writings of Stephen Covey after his views opposing same sex marriage became known. The best-selling author of such books as “The 7 Habits of Highly Effective People” and “Principle Centered Leadership” taught many of us to distinguish between management and leadership. But even since his death, I have found it difficult to revisit those writings. Until now.

Covey immediately came to mind when I read that German Chancellor, Angela Merkel, publicly criticized the failing efforts of other leaders to combat COVID-19. “As we are experiencing firsthand, you cannot fight the pandemic with lies and disinformation any more than you can fight it with hate or incitement to hatred,” Merkel said. “The limits of populism and denial of basic truths are being laid bare.”

This is exactly what Covey termed the “Law of the Farm.” “In agriculture, we can easily see and agree that natural laws and principles govern the work and determine the harvest. But in social and corporate cultures, we somehow think we can dismiss natural processes, cheat the system, and still win the day.”

Covey contrasted cramming in school to get by and earn one’s degree with the effort that goes into agricultural enterprises.

“Can you imagine ‘cramming’ on the farm?” he asked.

Covey emphasized the importance of principles, which he described as natural laws that drive the consequences of behavior. To illustrate he would tell the story of Captain Horatio Hornblower who one night found a ship in his sea-lane – some distance away. Although Hornblower commanded the other ship to move out of the way immediately but the other ship refused and insisted that Hornblower move his ship instead. Hornblower tried pulling rank, “I am the captain of a large battleship! You must steer aside!”

Then came the reply, “And this is the lighthouse.”

Those leaders who do not do the hard work and have not internalized the law of the farm cram instead to generate quick solutions that create an environment of distrust. And Covey taught that in places where there is no trust people drown in puddles.

“When trust is low, in a company or in a relationship,” he wrote, “it places a hidden ‘tax’ on every transaction: every communication, every interaction, every strategy, every decision is taxed, bringing speed down and sending costs up. My experience is that significant distrust doubles the cost of doing business and triples the time it takes to get things done.”

I am not a political scientist, economist nor sociologist. But as a retired educator and Israeli citizen I feel that we are drowning in puddles created by those elected to tend to the needs of Israel’s citizens:

Prime Minister Netanyahu is so accustomed to scaring our fellow Israelis into thinking we are doomed without his leadership that he failed to do the hard work of envisioning a New Deal for COVID-plagued Israel and instead opted for a popularity contest. And by surrounding himself with insensitive individuals who are out of touch with the real and dire needs of those who were not assigned portfolios in the most over inflated government we have ever been forced to suffer – the state is drowning.

The principle – the immoveable lighthouse – our leaders fail to see is the health of the State and the souls of her people. Because Netanyahu is often photographed with the image of Ze’ev Jabotinsky in the background we might ask on behalf of the Prime Minister, What would Jabotinsky do? Jabotinsky believed that there was no greater mission than the establishment of the Jewish state. The state was established 72 years ago. Then what?

Jabotinsky wrote in his exposition on the ideology of Betar (the Revisionist youth movement), “Betar signifies a generation that dedicates its life to the sole idea of a Jewish State, without recognizing any other ideals. Of course it does not follow that a Betari must be blind in regard to the importance or even greatness inherent in other ideals for betterment and reform which now inspire masses of humanity on the contrary the Betari must be open-eyed, clear minded and generous of heart. A Betari must be able to deal fairly and respectfully with all honest aspirations of his fellow men especially because the best of these are derived from Jewish sources. Pacifism, for instance, and above all the war for social justice have their mainspring in the Bible. We also hope for a time to come when the Jewish state will show the world the right way of both eternal peace and social justice.”

But instead of implementing the law of the farm in order to actualize Jabotinsky’s commitment to the State and to the betterment of humanity Prime Minister Netanyahu resembles the character portrayed by Groucho Marx who said, ““Those are my principles, and if you don’t like them…well I have others.”

About the Author
Matt Futterman has retired as a full time sabba to Ashkelon where he was rabbi of the Masorti (Conservative) congregation Kehillat Netzach Israel for nearly two decades. During that time he also served two terms as chair of the Rabbinical Assembly of Israel, was Dean of Students at Achva College and taught at the Schechter Institute for Jewish Studies.
Comments