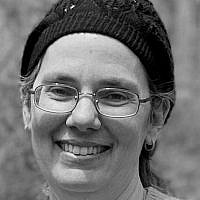 The Blogs
Sarah Hochman
Apply for a Blog
Advertisement
Please note that the posts on The Blogs are contributed by third parties. The opinions, facts and any media content in them are presented solely by the authors, and neither The Times of Israel nor its partners assume any responsibility for them. Please contact us in case of abuse. In case of abuse,
Report this post. 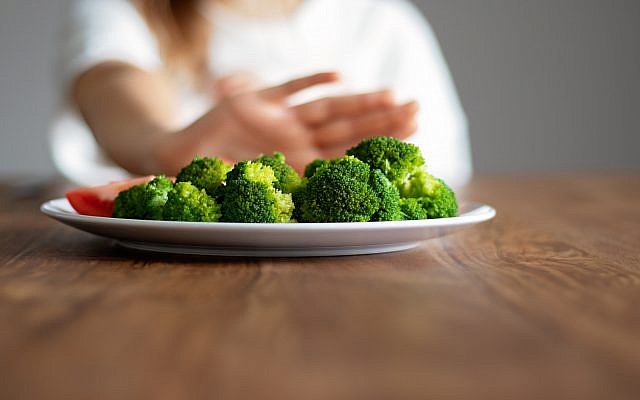 Illustrative. A woman pushes away a plate of food. (iStock)

After waiting for two months, I was accepted into a treatment facility for Eating Disorders and Trauma. My husband and I decided I could not turn down the opportunity for recovery, even though it meant leaving him and my four children for the holidays.

Leaving my family and community for the High Holidays and going to a place without a shofar or a sukkah was one of the most difficult things I experienced in recovery — if we don’t include having to admit that I needed help to begin with.

I consulted with my rabbi regarding kashrut, Shabbat, and holiday observance, and I traveled to the facility. No one there was Jewish, but they were very accommodating. My rabbi spoke with the dietician and others there to ensure that my needs, both health-wise and Jewishly, were met.

Recovering from an eating disorder is hard. The specifics of that story, my recovery from my eating disorder, is not for this post (maybe another time or place). What I am writing about now is my transformation from what was my literal inability to even want to get better, let alone any reason to do so, to an entrenched belief that I could do so — that it was possible and that it would happen. This shift took place on Yom Kippur in 2021.

On Rosh Hashanah 2021, at the treatment facility, I did not hear the shofar. I did daven (pray) on my own and I did eat apples and honey. I explained and discussed Rosh Hashana with my non-Jewish peers and treatment providers. My father’s second yahrzeit fell between that Rosh Hashanah and Yom Kippur, and I marked that at the facility as well.

As Yom Kippur approached, I discussed the fast with the dietitian. For the many years I had anorexia and had attempted treatment, I had given up on many fast days, off and on, but I had always fasted on Yom Kippur. The dietitian did not yield on Yom Kippur this time. I explained to her the special way that ill people eat on Yom Kippur — eating less than the volume of a large date and drinking less than a cheekful (these volumes are somewhere between 1 to 1 ¼ fluid ounces, and there is a wide range of opinions on how much time must elapse before the same small amounts can be eaten and drunk again — ranging from two to nine minutes. I encourage those who think they might need to do this should consult their local rabbis).

The dietician said that this manner of eating small amounts was not possible. I asked her to please call my rabbi and discuss. She had spoken to him many times, and I had spoken to him as well, not about Yom Kippur, but about my situation. I was confident that he would either be able to explain the importance of me fasting on Yom Kippur, or at least the fact that it was non-negotiable to mark the fast with eating in the appropriate way. I waited, confident that all would be fine, and that I would fast on Yom Kippur, or, at worst, eat in the manner described above.

As Erev Yom Kippur approached, the staff at the facility continued to say I was going to have to eat normally. That morning, the dietitian told me that my rabbi was going to speak to the head dietician of the national organization. I found out later that the conversation last more than an hour, and, in the end, I was told to eat by both the dietitian and, via email, by my rabbi, an hour before Kol Nidre. He too said that I was to eat normally, for my health.  I think I cried for over an hour. It seemed to me that God Himself was against me.

I then had to decide what to do. I still had free will. I didn’t have to eat; I could still fast.

I woke up early the next morning to daven. I read through the prayers for Yom Kippur morning mechanically, fluctuating between English and Hebrew, still greatly disturbed and quite angry at God. I can’t quite explain what was going through my head but I knew I couldn’t eat and I knew I was being told to eat. I couldn’t eat because for years and years, I basically hadn’t been eating — and this was Yom Kippur after all! I was being told to eat because I had left my family to recover, which meant eating, and my rabbi had even said that I must eat — on Yom Kippur. Despite all this reason to eat, and attesting to my state of mind, I prayed and asked myself: “How am I supposed to figure out what to do?”

Then I got to the confessional, the Vidui. “Al Chet.” For the sins that I (we) have committed… And specifically to the following line:

…for the sin which we have committed before You by eating and drinking.

It stopped me in my tracks — never mind that I had prayed with this liturgy many times before.

Had I done this? Had I sinned? I hadn’t eaten trayf (non-kosher food). I didn’t mix milk and meat, also against the dietary laws. I was careful with my food and drink. And yet… I was doing damage my body. I was careless, no, outright harmful to the gift Hashem had given me. I wasn’t taking take care of my body. I wasn’t keeping it healthy — even as the public discourse tells everyone that eating less is healthy, that being thin is healthy, I knew that what I was doing, my diet, was not healthy.

And in that moment, I knew. Hashem was telling me to eat that day, on Yom Kippur. Eat normally. Be healthy. Get better.

From that day forward, I struggled. I became willing to fight, to try to get healthy. And a year later, as I approach Yom Kippur 2022, it has stopped being a struggle.

Is that it? Was that it? No. Because it isn’t about the food and it isn’t about the eating. I still had to get better, I still have to get better. I’m not there yet. But today, I stand up and say thank you to Hashem for somehow convincing me to eat on Yom Kippur 2021. That turn-around surely saved my life, just as I am sure that sometimes, in the right circumstances, messages and prayers are written and sent just for you, just for me.

About the Author
Sarah Hochman has been a teacher of Judaic Studies and technology in Stamford, CT for 27 years. She is now embarking into the field of IT. She is mother to four children from 12-18 and lives in Connecticut with them and her loving husband.
Related Topics
Related Posts